MILFORD – Arrests were made a couple of weeks ago in the West Haven dog burning case and Tuesday the primary suspect appeared before a Milford judge. Latr... 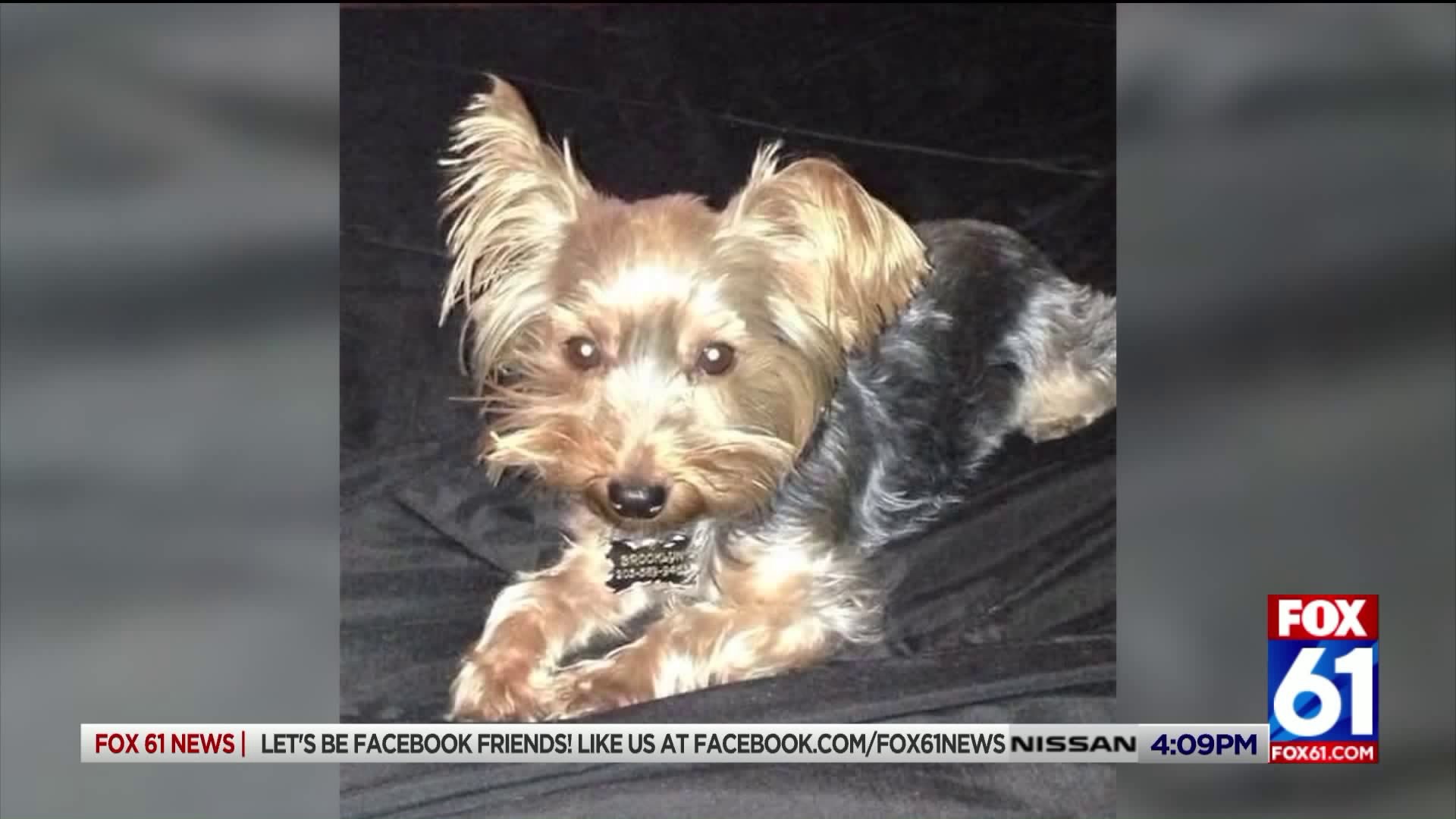 MILFORD - Arrests were made a couple of weeks ago in the West Haven dog burning case and Tuesday the primary suspect appeared before a Milford judge.

Latrice Moody, of West Haven, who police said told them she poured gas on and set fire to her dead dog, faces multiple charges, including animal cruelty.

"Miss Moody, you’re not to have under your control or care any type of animals," the Judge told Moody.

According to the arrest warrant affidavit, West Haven police said she lied to them numerous times, including covering for her boyfriend, Maurice Jackson, who is also implicated in this case.

He is allegedly seen in a gas station surveillance video purchasing a gas can and filling it up early on the morning of July 5, which is when the charred remains of the dog were discovered in the Sandy Point Beach parking lot.

"I think that there is enough evidence out there already that shows that this dog was abused, viciously abused, prior to having been burned," said
Linda Pleva, a member of the Desmond’s Army animal advocacy group.

West Haven police said Moody admitted to never having taken the dog to a vet in the eight years she owned it. And, her boyfriend allegedly told police that the dog had a broken leg before it died.

Moody's father, Donald Moody, was among her supporters in court. He called out the media for initially reporting that the dog was burned alive.

"So, you need to get the facts before you put stuff out out here on people," Donald Moody said.

UConn School of Pathology and Veterinary Sciences determined that the dog was likely dead before it was set on fire and that it had sustained broken bones postmortem.

Moody is due back in court September 17. Her boyfriend, Jackson, remains in jail, not permitted to post bond because he violated terms of his probation by being arrested.