WALLINGFORD — With a new casino in the cards in Springfield, Massachusetts, and a push for a third Connecticut casino, might more buses hit our highways a... 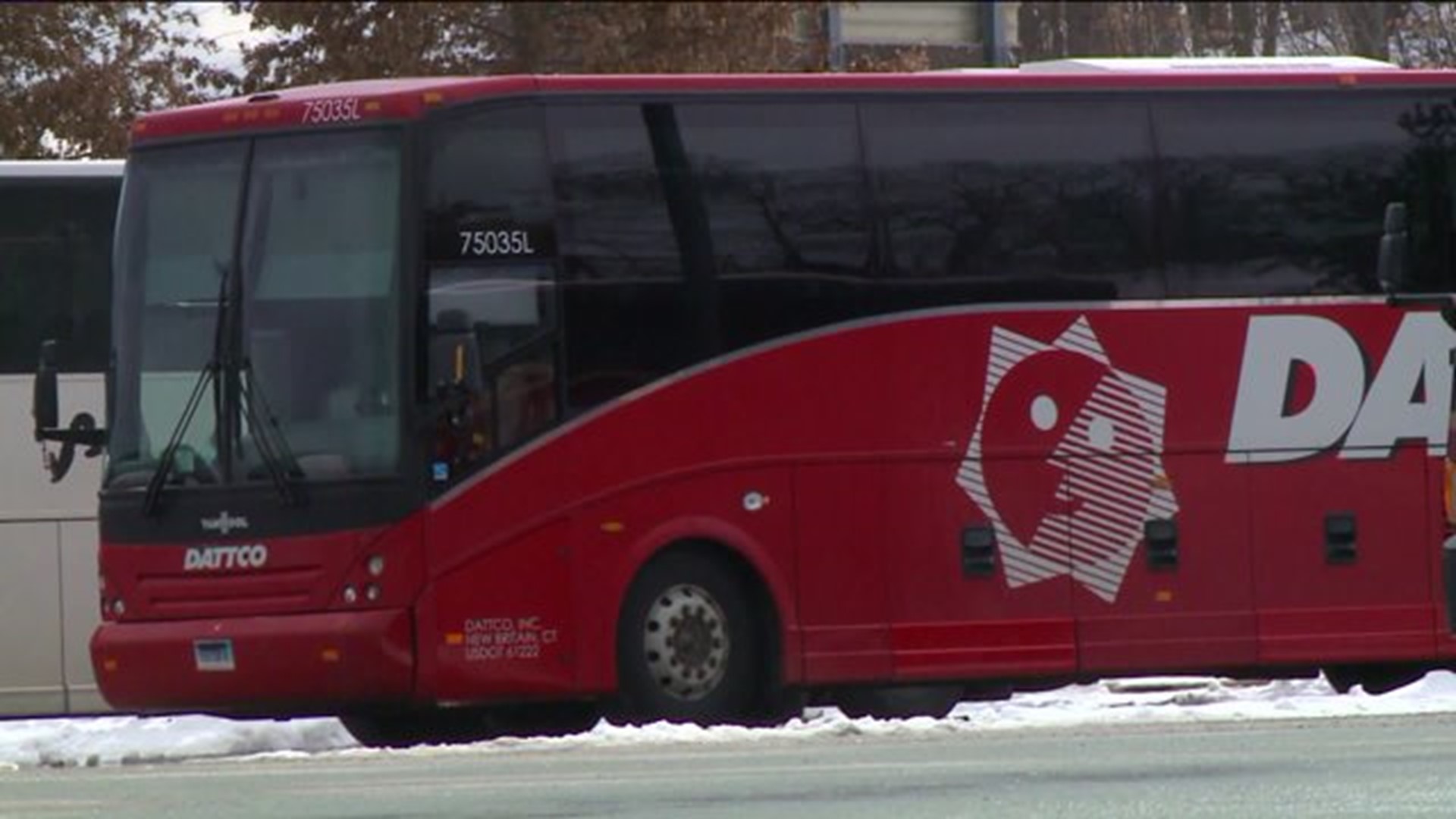 WALLINGFORD -- With a new casino in the cards in Springfield, Massachusetts, and a push for a third Connecticut casino, might more buses hit our highways and traveling become more of a gamble?

In the latest of multiple accidents in recent years, police are investigating a Greyhound bus crash that left several people with minor injuries over the weekend. It happened on Route 2 in North Stonington while on a line run, according to a Foxwoods spokesperson. Federal data shows this is the third crash on Connecticut roads involving a Greyhound bus in about nine months.

Nationwide, statistics from the Federal Motor Carrier Safety administration show more than 1,000 violations on file for Greyhound carriers. Four of those citations were issued specifically for speeding 11-15 mph past the limit in Connecticut in the past nine months. That could mean Greyhound buses hit 80 miles an hour on highways.

A previous FOX 61 report found several other bus companies have been slapped with the same violation along Connecticut's corridors. Police are not the only ones noticing.

"With my company, we stay right on the borderline of the speed limit, we don't try to go over, we're all GPS-ed," said Joe Fortier, a truck driver from Connecticut. "The buses run, they run too fast. There's no doubt."

Other problems reported include bus fires in Danbury, Killingly and Tolland as well a major accident in Madison earlier this winter. A Mohegan Sun-bound bus owned by Dahlia Group, Inc. flipped, injuring several passengers. A FOX 61 investigation found violations levied not only against the bus company but that specific bus in the past.

This doesn't mean buses are always at fault for what happens nor does it mean every citation made on Connecticut roads is a critical one. Still, State Police officials told FOX 61 last month they don't want to take any chances.

"If we were to cite someone, say, for a bad tire, a tire that's below acceptable standards, you might say, well, you can probably get a few hundred more miles on that, we don't want to do that," said Lt. Paul Vance, who heads the Traffic Services Unit for Connecticut State Police.

A communications specialist for Greyhound provided FOX 61 the following comments via email:

Because safety is the cornerstone of our business, we do our best to ensure that our customers remain safe while traveling to their destinations. As a bus company that travels more than 146 million miles per year, Greyhound has received a satisfactory rating, which is the highest possible rating, from the DOT after every compliance check conducted within the last decade. However, we take violations of any kind very seriously. We conduct thorough investigations after being notified of a violation, and strive to continuously improve our programs and policies to prevent future incidents.