WOODBRIDGE — Several weeks ago, Woodbridge Animal Control shared a sad story of an unidentified dog who was found in woods dead in a crate. And while that... 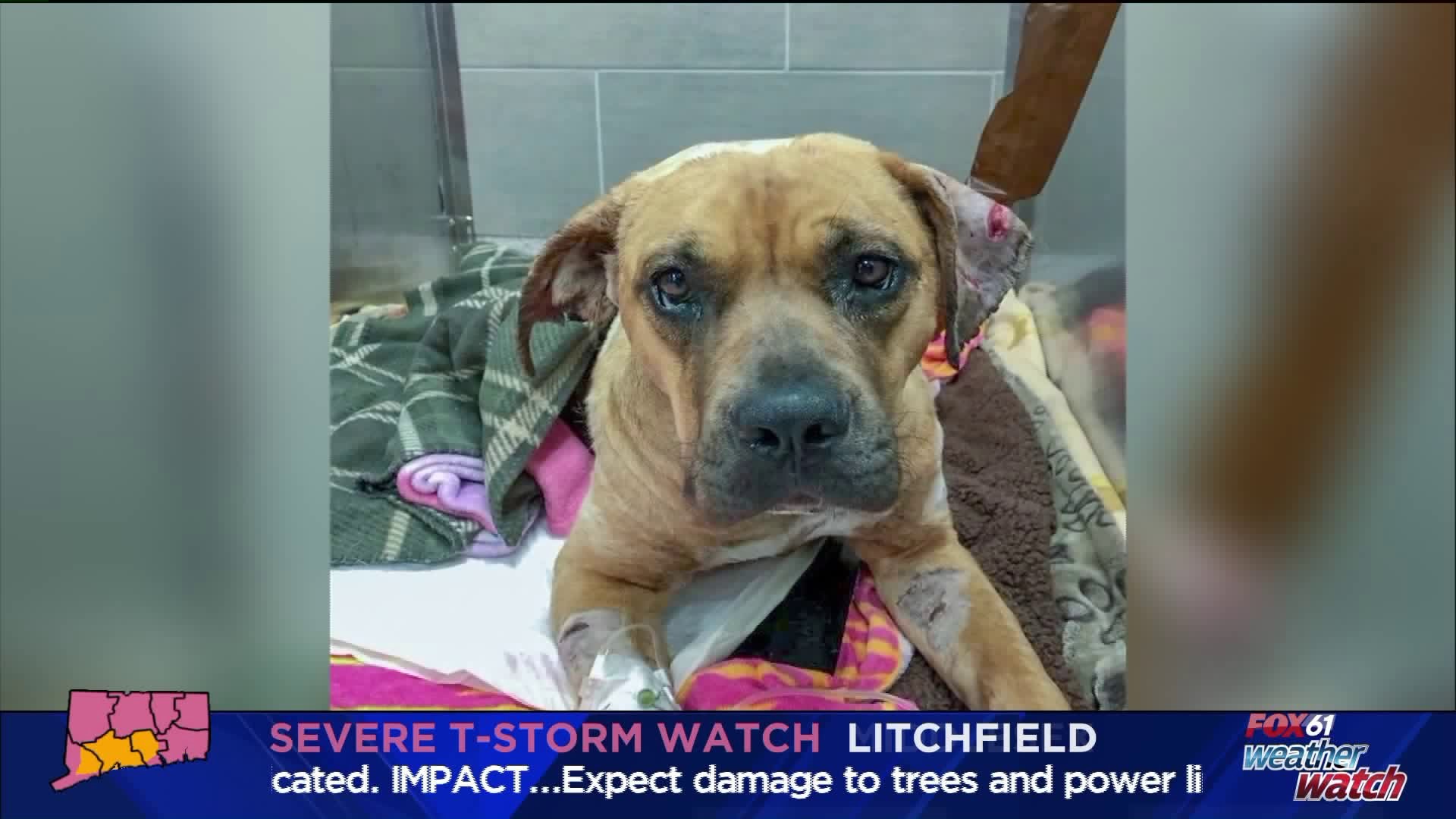 WOODBRIDGE -- Several weeks ago, Woodbridge Animal Control shared a sad story of an unidentified dog who was found in woods dead in a crate.

And while that case remains under investigation, they are now forced to handle yet another animal abuse case.

The latest case had no identification, but the Woodbridge Animal Control staff gave her a name because of where she was badly injured.

This was last Monday, July 15, not far from Exit 59 on the Wilbur Cross Parkway when a DOT worker watched in horror.

"And (Merritt) was struck once in the southbound lane, rolled down the hill, got up and tried to run into the tunnel, and the northbound lane and was struck the second time," Lombardi said.

Hit by two SUV’s, her rear left leg was fractured in four places.

"When I arrived on scene, she was lying down and clearly the leg that she was lying on was facing the wrong direction," Lombardi said.

The leg was amputated.

An extensive examination revealed that she also suffered severe abuse. She had been seen in a neighborhood right next to the Wilbur Cross Parkway during the morning of the day she was hit

"We suspect someone knows who she is and we would love to have them come forward," said Lombardi.

"She’s coming around," said Ashley Sakelarikis, another Woodbridge ACO. "The crate is definitely her safe space. She is a little unsteady on her feet."

As of early Monday evening, donations stood at nearly $6,500.

This one-year-old mastiff will be made available for adoption when she recuperates. That could be weeks away.