HARTFORD —  Police say they have arrested William Moore, 24, of Bristol, with the death of a 17-year-old yesterday following a double shooting. Police say... 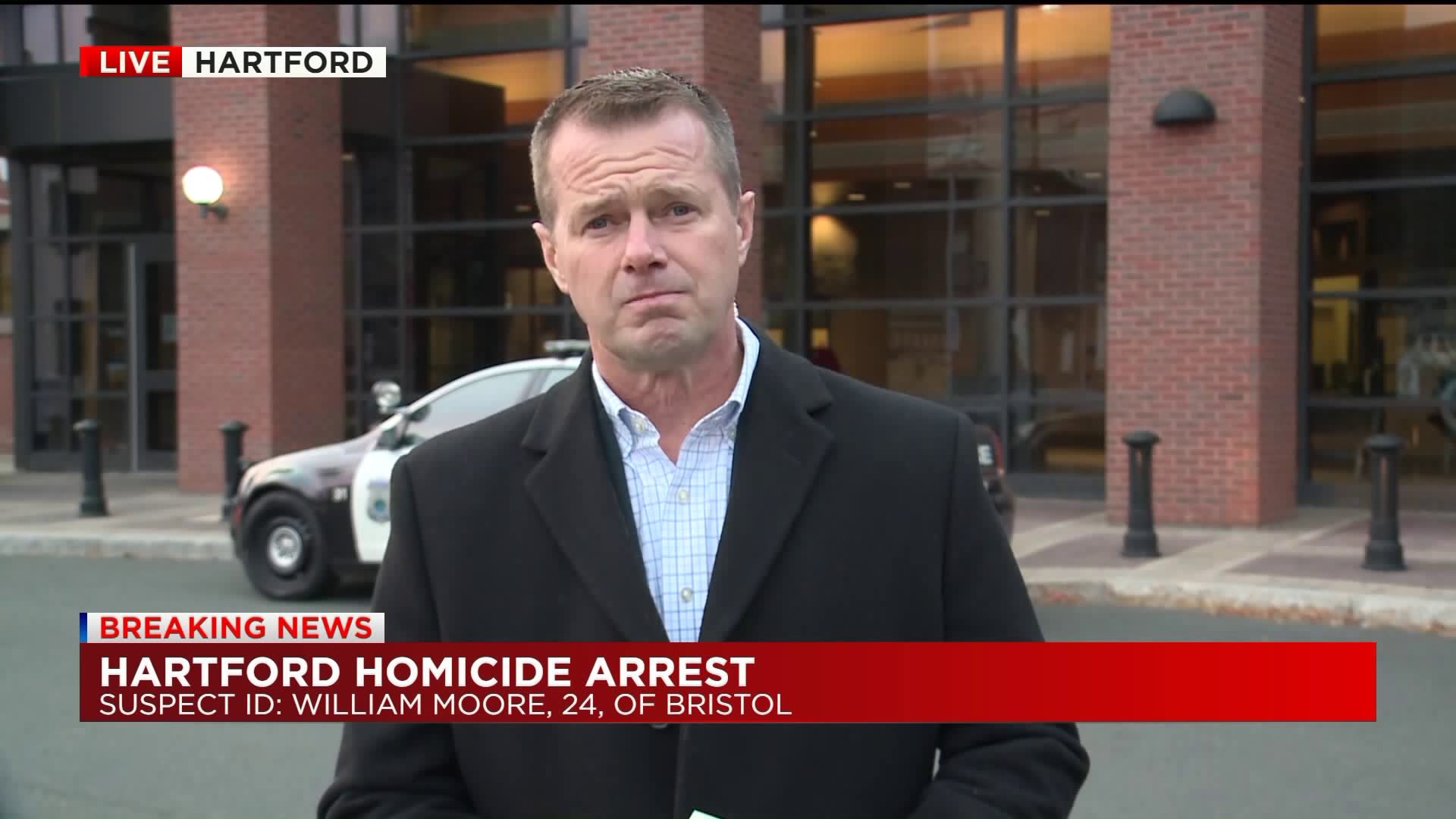 HARTFORD --  Police say they have arrested William Moore, 24, of Bristol, with the death of a 17-year-old yesterday following a double shooting.

Police say that two 17 year olds were struck by gunfire Wednesday afternoon at 868 Park Street. Both were rushed to the hospital. One of the victims, Karlonzo Taylor, succumbed to his injuries. The other teen is in stable condition, and expected to recover, according to police.

Police say that Major Crimes and detectives investigated through the night and followed leads.

During the investigation, police say they identified William Moore as a suspect.

With the help of Bristol police, the CT Regional Emergency Response Team (CRERT), Hartford Violent Crime Unit, and Hartford ERT,  Moore was found in Bristol.  Moore was taken back to Hartford Police Major Crimes Division where he was interviewed.

At approximately 11 a.m., an arrest warrant was filed, charging William Moore with Murder, Assault 1st, and Criminal Possession of a Firearm, police say.

He remains in custody at the Hartford Police Department on a $1.5 million bond. He is scheduled to be arraigned on Friday, December 7th at Hartford Superior Cort.

On Thursday, Hartford Mayor Luke Bronin praised the police department's work, but called Taylor's death "heartbreaking for our city... to lose someone so young is devastating."