HARTFORD —  Tensions ran high at court Thursday, as the suspect in a murder was arraigned. Police say they have arrested and charged 26-year-old Joseph Th... 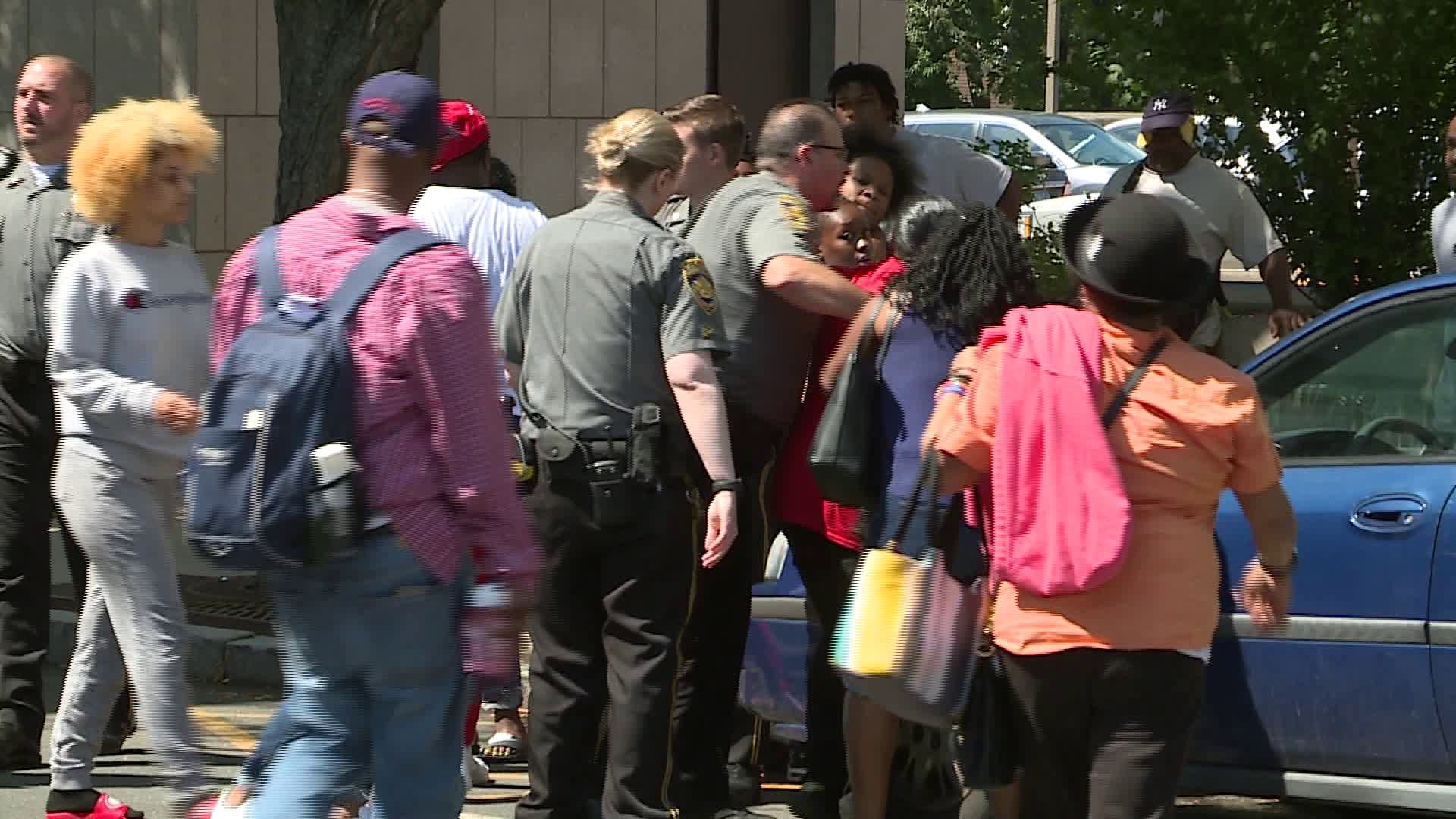 HARTFORD --  Tensions ran high at court Thursday, as the suspect in a murder was arraigned.

Police say they have arrested and charged 26-year-old Joseph Thorpe, of Hartford, with murder stemming from a shooting on August 3rd. Police charged Thorpe with one count of Murder and one count of Criminal Possession of a Firearm.

According to police, just before 3 a.m. that Saturday, their Shot Spotter system detected gunfire in the area of 279 Farmington Avenue. When officers arrived, they found 23-year-old Hartford resident Roberto Vargas suffering from multiple gunshot wounds. He was taken to St. Francis Hospital where he later died from his injuries.

Members of the Hartford Police Major Crimes Division and Crime Scene Division took up the investigation and identified a suspect a week later.

Outside court family members for the victim and the suspect got into a shouting match and had to be dispersed by court officers.

“Just why, Reverend had to keep tapping me because I want to get up or say something or do something, but like the judge said keep your emotions in check,” said Danielle Rosa, Vargas’ aunt, but tensions still boiled over outside court after Vargas’ family say family members of Thorpe made comments towards them.

“What you just saw emotion... people overcome by their emotions... these type of things happen especially when a family loses their loved ones. I don’t think the other family should have said anything to provoke that family,” said Reverend Brown.

During the conflict, we weren’t able to talk to the suspect’s family, but Vargas’ family members say they’re just trying to heal.

Danielle Rosa said, “We’re hurting, we’re still grieving, we’re never going to stop grieving... this hurt. He took my nephew, my godson they took him away from us for what? Cuz you want the notoriety, what did you do that for?”

Moving forward, leaders like Reverend Brown are making a plea for peace.

Reverend Brown said, “We have to learn how to embrace each other, comfort each other, y’all and uplift one another, don’t talk down to each other and be concerned about what happened. It’s a level of compassion that you show other people that dispelled these types of things that happened here today.”

Thorpe had previously been convicted on felony charges.

Thorpe is being held on a $1.5 million bond.