FARMINGTON – Before her disappearance, Jennifer Dulos’ mother was paying for the Farmington home Jennifer’s estranged husband was living in. That, one of severa... 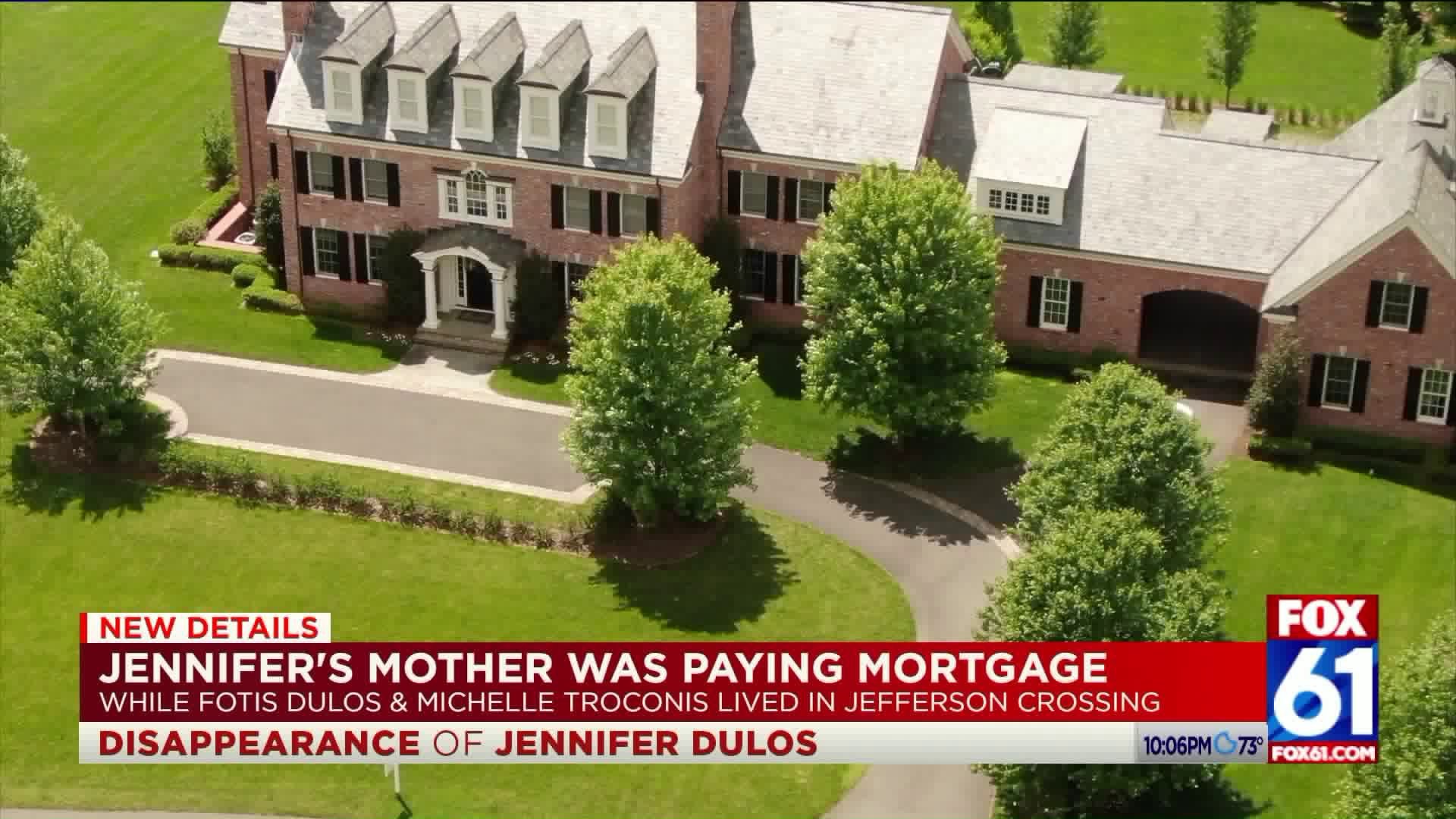 FARMINGTON – Before her disappearance, Jennifer Dulos’ mother was paying for the Farmington home Jennifer’s estranged husband was living in. That, one of several revelations made by a judge in a new court filing granting custody of Dulos’ five children to the missing woman’s mother.

Dulos was reported missing May 24. She was in a multi-year custody battle for the children with her estranged husband Fotis Dulos. Fotis and his girlfriend, Michelle Troconis, are both out on bond after pleading not guilty to charges of evidence tampering and hindering prosecution in connection to Jennifer’s disappearance.

Gloria Farber, Jennifer's mother, had requested a motion to intervene in the custody battle between Jennifer and her estranged husband Fotis Dulos. Judge Donna Heller filed a motion granting Farber’s request to intervene, essentially continuing to give Farber custody of the five children.

“Ms. Farber has acted as a parent to the children since [Jennifer] disappeared on May 24, 2019, Judge Heller wrote. “Their safety and security have been paramount. They are emotionally bonded to her. It would be harmful to them to be removed from her care.”

The judge said Farber proved it would be “detrimental” for the children to return to Fotis Dulos’ custody.

"Fotis misses his children deeply. The irresponsible manner in which the state has proceeded against him is costing his children the chance for a real relationship with a man who loves them deeply. This is a travesty of justice. We are evaluating all of his appellate options."

The five Dulos children have been staying in their grandmother’s Manhattan apartment building on Fifth Avenue since their mother’s disappearance. In the days after Jennifer was reported missing, Farber hired an armed guard to watch the children, according to a filing by Fotis Dulos.

A court-appointed third party called a “guardian ad litem” testified that he was “satisfied” with the care the grandmother was providing. The Fifth Ave apartment has two bedrooms and is approximately 1,500 square feet, according to the filing; enough room to do homework, play videogames, eat and sleep in their own area. “The children have books to read and they have been taken on some outings,” the judge wrote.

The judge, citing the guardian ad litem, said, “she provided economic assistance to [Jennifer] as well as to [Fotis], whether in a personal or professional capacity.”

“Ms. Farber provided an opportunity for housing for the children in the past. She supported [Jennifer] when she moved from Farmington to New Canaan.

In a heavily redacted section of the filing, Judge Heller reveals Jennifer’s mother paid for the 4 Jefferson Crossing property in Farmington, even after Jennifer moved out.

“Ms. Farber [----redacted words----] started paying the monthly mortgage and real estate property taxes on the parties’ former marital residence in Farmington, Connecticut, where [Fotis] resided with Ms. Troconis and her daughter, after [Fotis] ceased making those payments. Ms. Farber’s property was held additional collateral for the mortgage on the Farmington property, so she paid these expenses each month to prevent the Farmington property from going into foreclosure.”

Gloria Farber is also suing Fotis Dulos and his company Fore Group for more than $2 million for money Jennifer’s father gave to Fotis before he died. Farber maintains the money was in the form of loans that went unpaid. Dulos maintains the money had been gifted. 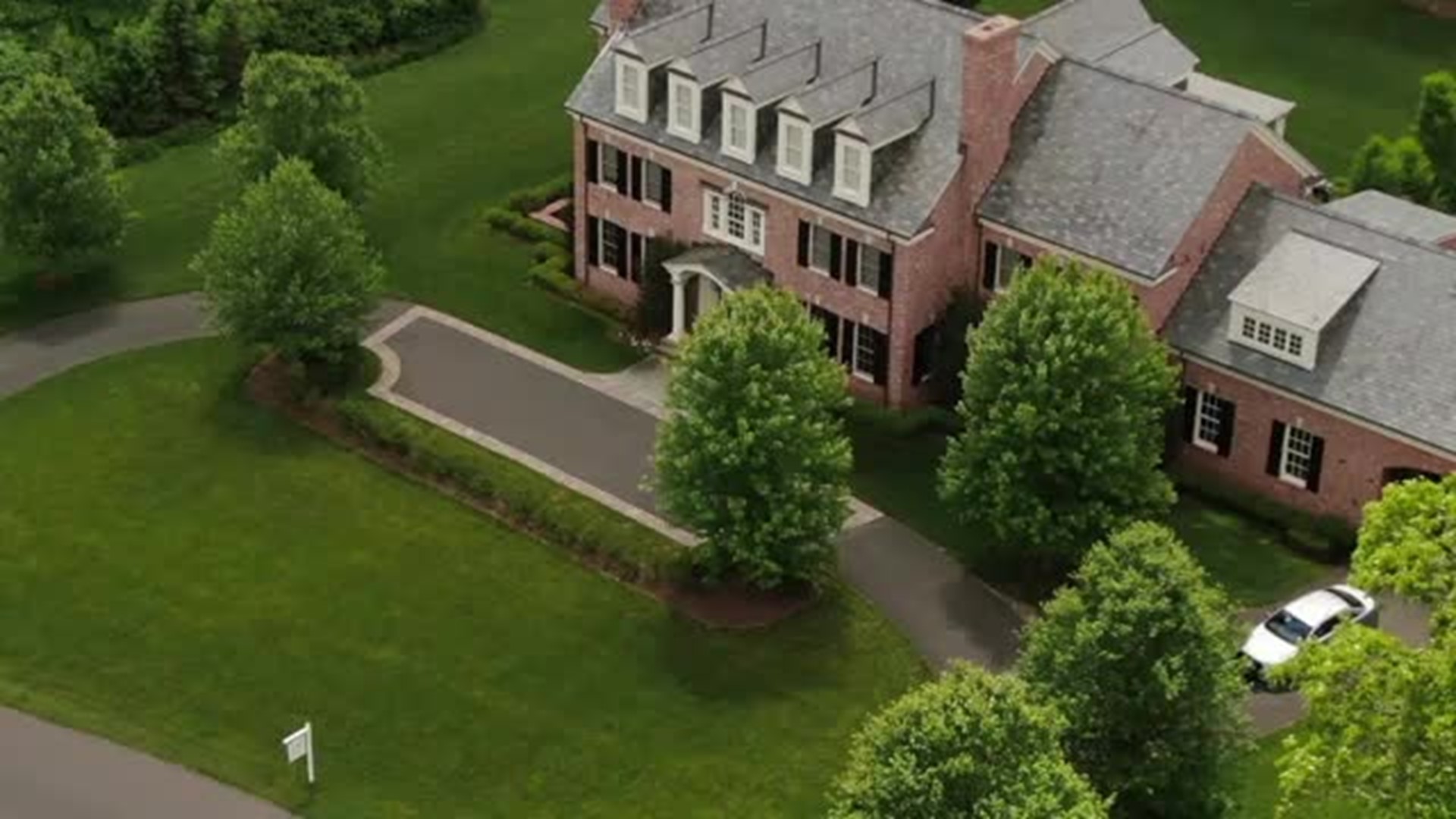 The custody filing also reveals new details about what happened the day Dulos was reported missing.

“[Jennifer] and the children had planned to be with Ms. Farber that day,” Heller wrote. Jennifer was last seen dropping her children off at New Canaan Country school that morning.

The children’s full-time nanny for the past five years brought the children to New York City after school, according to the filing. Jennifer never joined her children and mother and she was reported missing later that day.

Police would later find Jennifer’s empty Chevy Suburban parked at New Canaan’s Waveny Park and blood in her New Canaan home’s garage. The blood leading police to believe she was the victim of a “serious assault.”

On July 24, Fotis Dulos’ attorney Norm Pattis requested the court dismiss the charges against his client on the claim of a lack of evidence. Police said Hartford surveillance cameras captured video of two people “matching the description” of Fotis Dulos and Michelle Troconis dumping trash bags on Albany Avenue. Bags with Jennifer’s blood were later found in the same locations.