NEW HAVEN – While the search has intensified for the man police believe is responsible for shooting a New Haven police captain and killing another man, th... 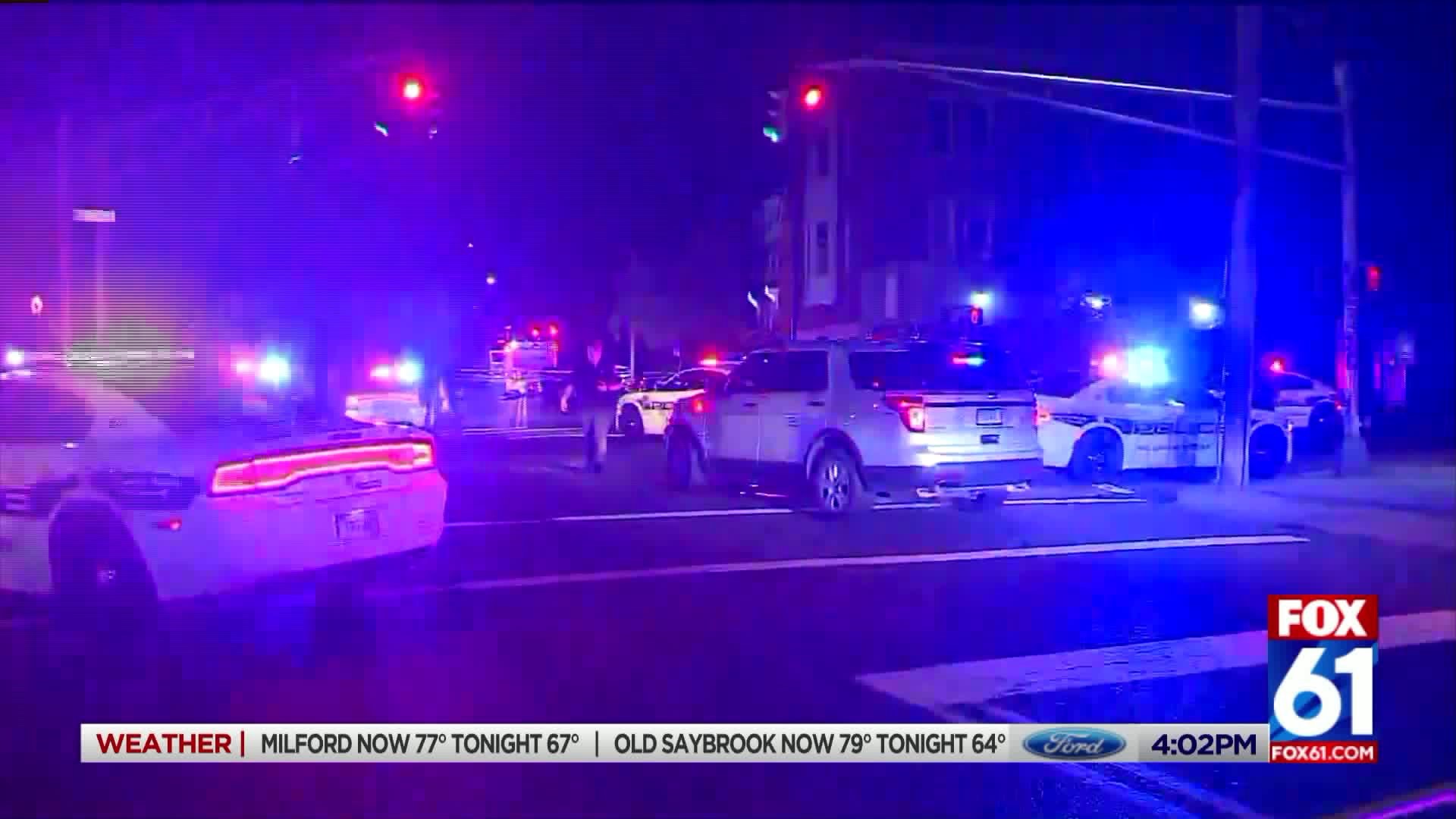 NEW HAVEN - While the search has intensified for the man police believe is responsible for shooting a New Haven police captain and killing another man, the identity of the victim who died has been released

46-year-old Troy Clark, of West Haven, died after he was shot in the area of Henry Street and Dixwell Avenue in New Haven Monday night just before 9:30.

Police have released no further information on this victim, who had no criminal convictions or outstanding charges, according to Connecticut judicial records.

Capt. Anthony Duff tried to stop the shooter by chasing him on foot, but Duff was shot by the same person, who remains at large.

And, along Henry Street on Wednesday, things are noticeably different since the shooting Monday night.

A boxing gym at Henry and Orchard Streets, normally full of kids all day, has been empty since Monday evening’s shooting, which rocked this Dixwell neighborhood.

"The both of us we don’t walk without friends or walk without somebody close to us because you may never know," said Imani Ralliford, who was walking along Henry Street with Goines. "If smething happens to us when we’re by ourselves we can't call the cops."

And, it's not just the shooting that has residents cautious and somber. Captain Duff, a 24 year veteran of the New haven Police department, was the long time District Manager of the Dixwell neighborhood.

"I found out from my mother that the officer he used to come to our old school and he used to read books to us and my mother was really close with him so I know that’s pretty hard for her," said Ralliford.

"He (Duff) could’ve turned his back on the situation, but he’s a stand up guy," said Eric Anderson, the owner of Big E’s Exclusive Cuts. "This is his neighborhood. He was going to protect it,"

Anderson's barber shop is across the street from where the shooting went down. In fact, Captain Duff was found on the steps of his daughter’s apartment.

"She heard all the shots," Anderson said. "She was right there in the house. They (bullets) could’ve easily went through. She lives on the first floor right at the top of the stairs. Her bedroom is right there."

Wither the shooter still on the loose, Mayor Toni Harp (D-New Haven) Wednesday morning to impress upon residents that they too are part of the city’s crime fighting efforts.

As for Captain Duff‘s condition: he continues to improve and most certainly is looking forward to holding his first grandchild, a baby girl, who came home from the hospital on the day he was shot.