At Trinity, the squash court and classroom meet

HARTFORD– When you think of Trinity College sports you might think of baseball or football but, most likely, you think about squash. The Bantams have domi... 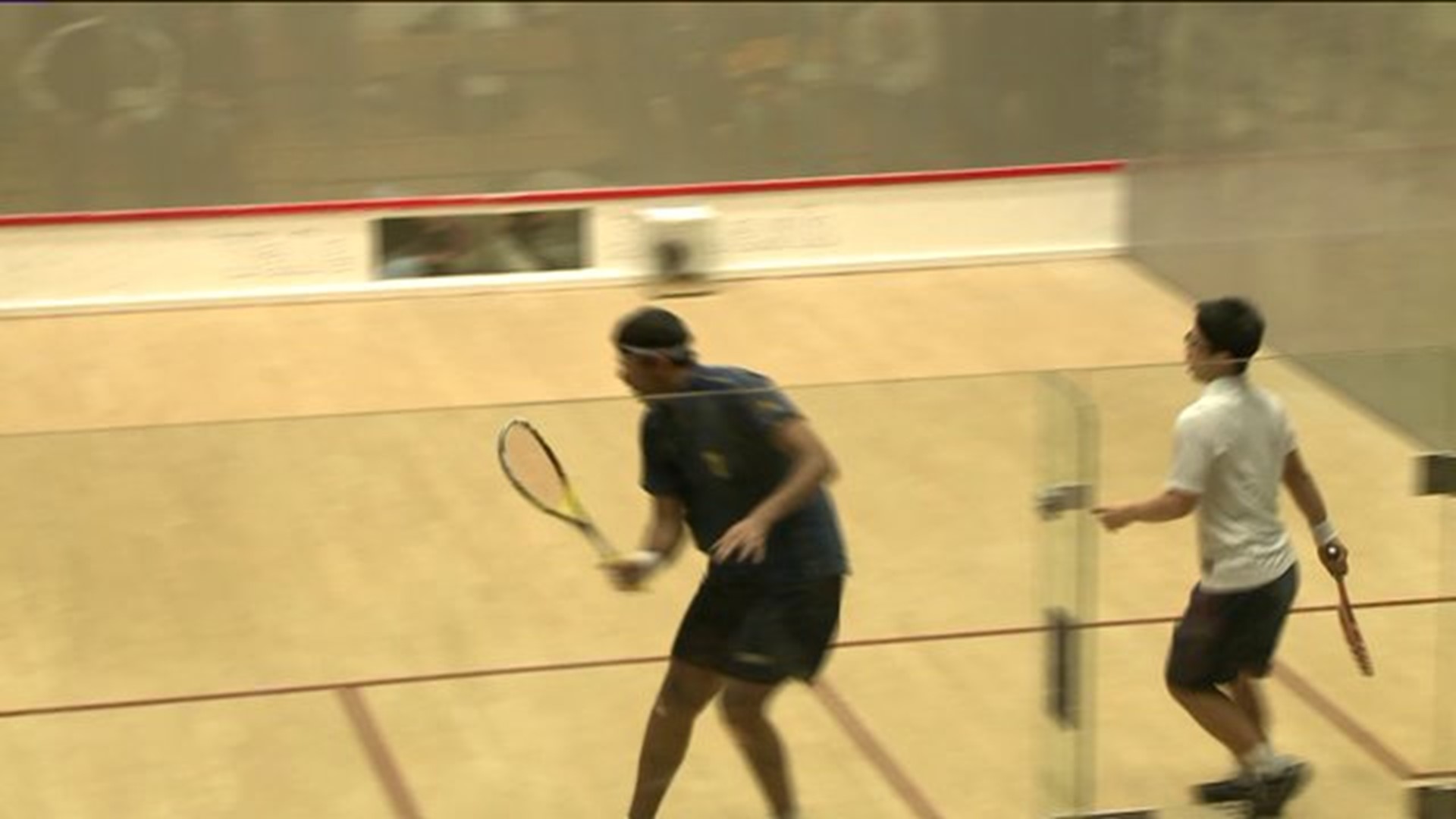 HARTFORD-- When you think of Trinity College sports you might think of baseball or football but, most likely, you think about squash.

The Bantams have dominated the court for the past two decades: Trinity has won 15 of the last 17 national championships, including their latest title last week, and now they're using the game to teach Hartford-area school kids life skills.

The program is called Capitol Squash, and it's a non-profit organization that teaches fourth and fifth graders from the M.D. Fox School in Hartford both on and off the court.

The plan is simple: first students hit the ball, then they hit the books. "The main goal is college placement," said Meg Taylor, a former squash player at Vassar College and now the director of Capitol Squash. "Squash is the hook, it gets them here but they have more academic support than they have squash support."

Taylor says three days a week the kids spend about an hour playing squash with a number of Trinity stars, and then volunteers tutor them with their school work for about an hour and a half.

"They help us with lots of math, "said Desteny Perez, a fifth grader at M.D. Fox.

The program, which is in about 18 communities around the country, began in Hartford six months ago. So far, 25 Fox School students have signed up.

Paul Assaiante, Trinity's squash coach, said, "This is a life altering program. This is one of those things we had to be involved with and Hartford needed."

The Bantams 10th-seeded player, senior Elroy Leong, who is fresh off the second national championship in his college career, said, "I think this program really helps us connect with the community."

"I don't like it, I love it," said Ibrahim Barrie, who immigrated to Hartford with his family from Sierra Leone four years ago. Barrie, a fourth grader, added, "I want to be one of the best squash players in the world."

The Capitol Squash program plans on expanding to other schools in Hartford within the next year. To find out more click here.