Attorney:  Hamden cop thought driver had “a gun in his hand” 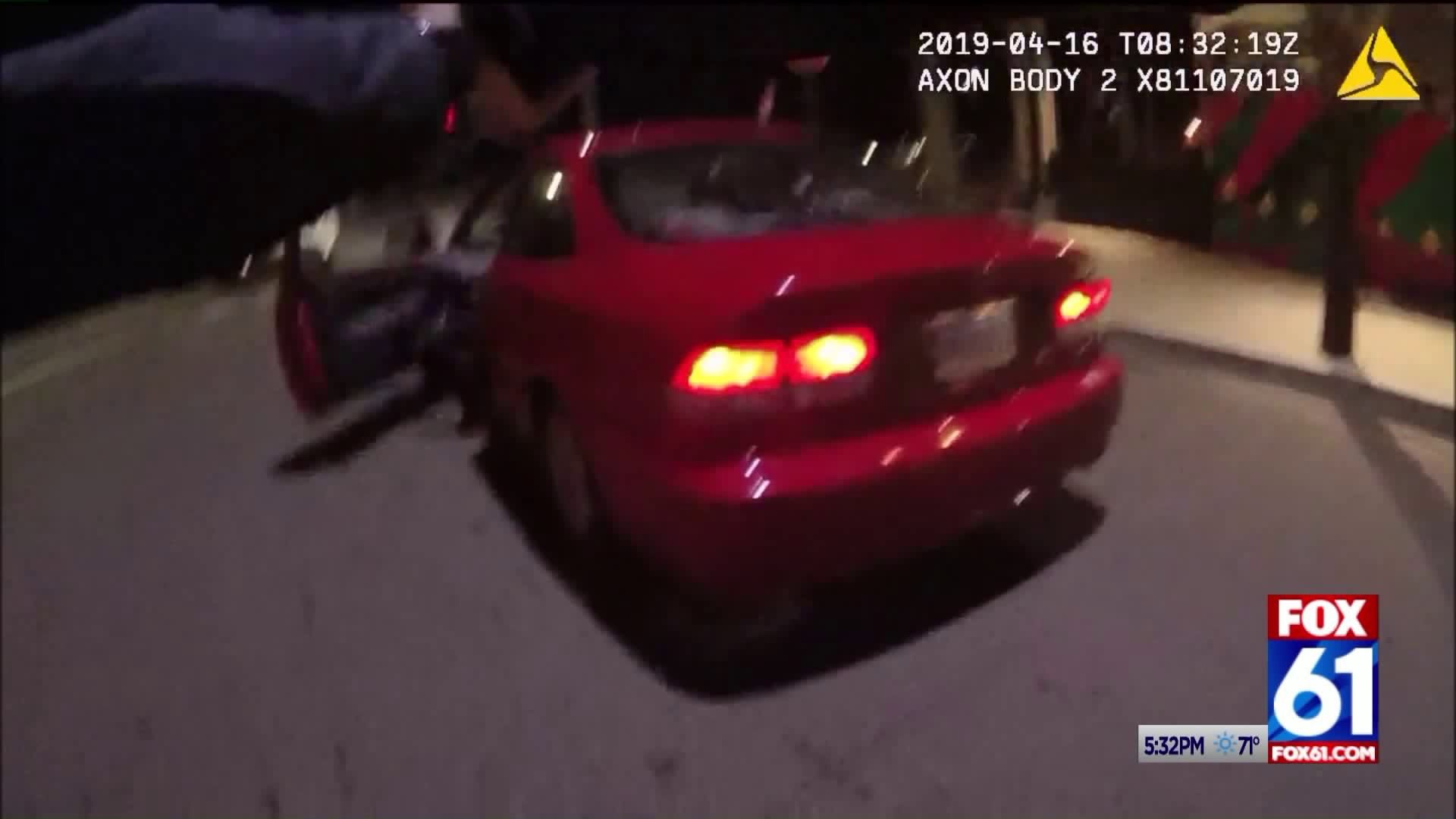 HAMDEN - The attorney representing the Hamden police officer, involved in an officer involved shooting in New Haven three weeks ago, says his clients case will likely come down to one, central issue.

In a phone conversation, Attorney Elliot Spector, the lawyer for Hamden officer Devin Eaton, took us through his client’s thought process before deciding to pull the trigger some 13 times, with at least one of the shots striking a passenger in the car he shot at.

Surveillance video shows Ofc. Devin Eaton driving his Hamden cruiser slowly past a red Honda, parked at the corner of Dixwell and Argyle in New Haven, because he was not sure at that point that it’s the vehicle he’s looking for.

“When he angles his car and sees the license plate, because they had the entire license plate, now he knows for sure that this is the armed robbery suspect,” said Spector.

A former cop himself, Spector says his client then sees the suspect, Paul Witherspoon, opening his door.

“And, in the darkness of the night, he believes that he has a gun in his hand,” Spector says.

At that point, according to Spector, Eaton was forced to make a split second decision.

“If an armed robbery suspect is getting out of a car, holding a gun, he’s probably doing it to shoot me. So, he starts to fire.”

Eaton then ran to the passenger side, continuing to fire, focusing on the driver of the vehicle. Then, Spector says, his client heard shots coming in is direction, “which he believes is from the driver because he doesn’t know that there is another police officer there.”

“He’s not looking down the street in front of the car to see if anybody else is there. Why would he?”

Attorney Spector said at first his client thought he remembered telling Witherspoon to put his hands up. But, later, Eaton revised that to say he did tell Witherspoon to get out of the car. But, Spector believes this case boils down to something else.

“When he saw him get out of the car, could he have misperceived that he had a gun in his hand.”

Spector, who is also defending the officers involved in the Wethersfield officer involved shooting, said he would categorize those that want to see his client terminated and arrested, before an investigation is complete, as a lynch mob.