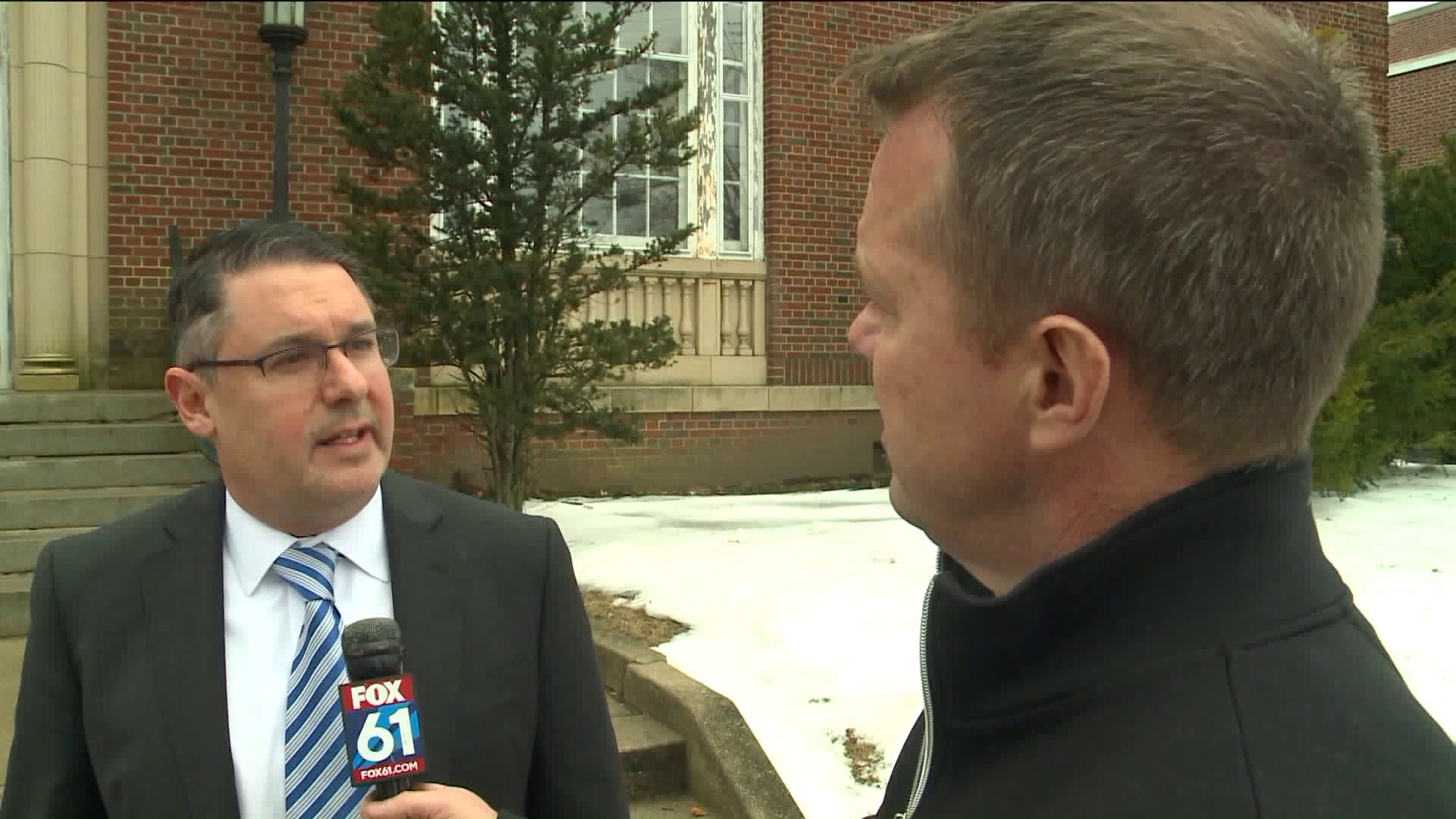 NEW BRITAIN -- The suspect in the New Britain domestic violence homicide last month, Benjamin Morales, has still not been captured.

FOX61 has now learned that in the early morning hours of February 5, New Britain and Southington Police stormed a hotel room at the Comfort Inn in Southington looking for Morales.  Acting on a tip, police believed that they had him, hiding out in a Southington motel room.

Attorney Robert Berke said the Morales family was shocked in the middle of the night, “Benjamin Morales’s family were woken up at 4 o’clock in the morning, they are at a hotel in Southington. They thought he was the man that was wanted for murder out of New Britain.

Berke says Morales was arrested  during a police search for the suspect in the killing of Alice Marie Figueroa.

Figueroa was shot multiple times in New Britain on Feb. 4.

He was put in custody, handcuffed, Brought to the police department in New Britain from Southington. Asleep in his bed, woken up at 4 AM handcuffed, wife was handcuffed, kids were putting out another hotel room."

Berke continued, "Handcuffed, got to the police department, officer who was investigating the Benjamin Morales wanted, realized it’s the wrong guy, kept him in cuffs and brought him back to the scene in Southington, dump him at the hotel.

Berke said the officers didn't apologize. He also said Morales signed into the hotel with a credit card and his driver’s license.

Attorney Berke said they intend on filing a federal lawsuit. Because of that potential, New Britain and Southington Police are not speaking about the incident.