AVON — The fight over Nod Road has come to an end. The Planning and Zoning Committee voted on the proposal Tuesday night to build single-family homes on t... 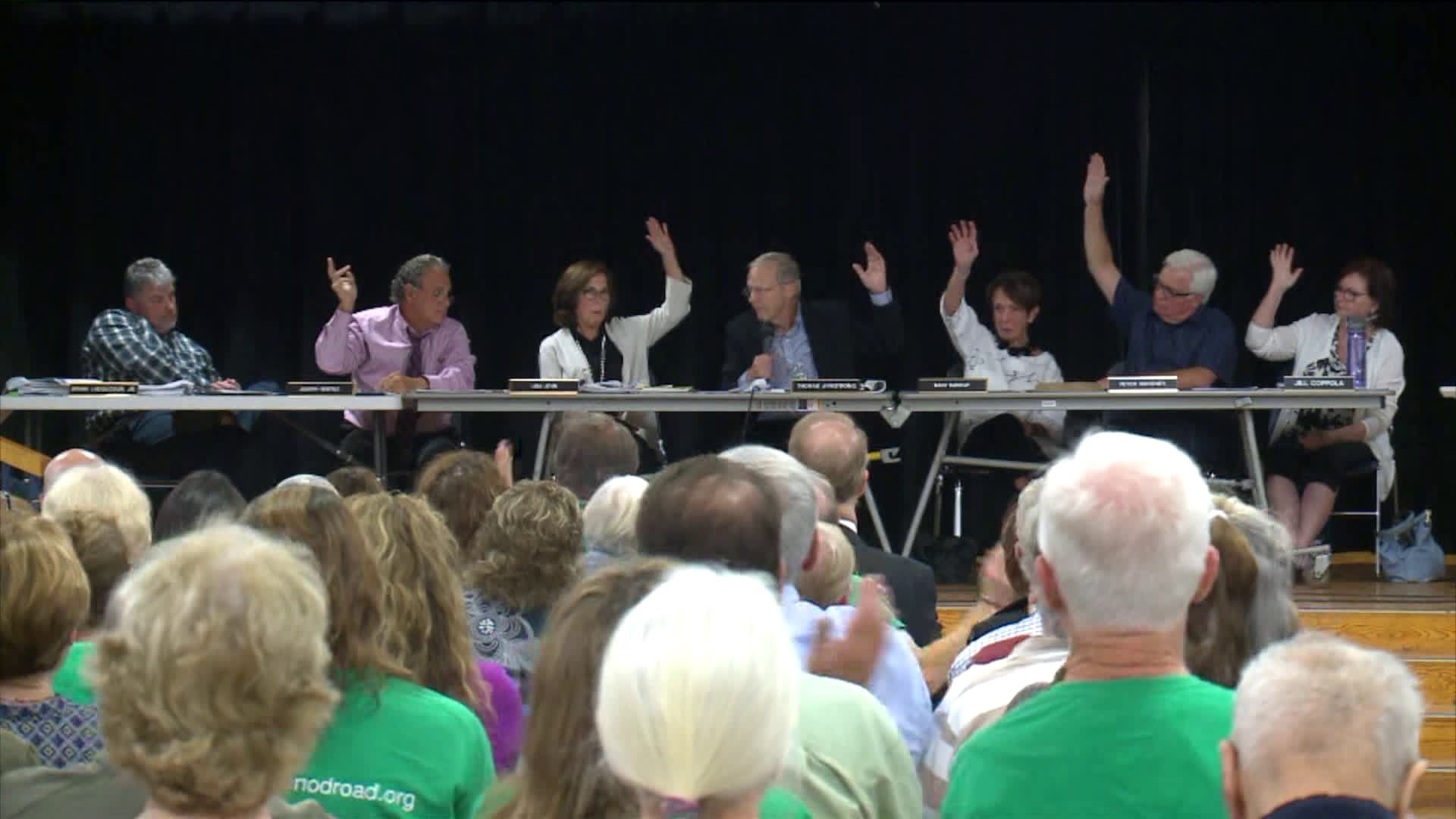 AVON -- The fight over Nod Road has come to an end. The Planning and Zoning Committee voted on the proposal Tuesday night to build single-family homes on the Blue Fox Run Golf Course.

The project has been controversial from the get go and garnered opposition immediately. The group "Save Nod Road" erupted with cheers after the vote was released which was 6-1.

Anthony Giorgio, a developer with Keystone Companies LLC proposed to build single-family homes on the golf course with the remainder of the land put into permanent conservation.

However, Giorgio's project was no longer.

"It disappoints me. Surprised? I guess I’m surprised by the fact that only one commissioner out of seven truly understood what this means for the town and he hit every point that we made not because we made it but because that is in fact, the reality" said Giorgio.

For months, meetings were held with the Wetlands Committee and now Planning and Zoning.

"The number one thanks that we give is to our supporters who put a car magnet on their vehicle who have a long sign out front, who have donated, have done research for us, showed up at public hearings," said Robin Baran of the Nod Road Preservation Inc.

Residents expressed concerns of flooding or disrupting wildlife and they told FOX61 they are thrilled their voices were heard.

"I think it would be a travesty to build homes on this beautiful place. It should remain as open space," said Edie Shiffman of Avon.

"Extremely excited and just really proud to be a citizen of Avon where people weren’t intimidated to think that if at some time in the future, Avon does have a affordable housing, that that would be a detriment to our community," said Paula Feyerharm of Avon.

Giorgio said this fight is not over and plans on working on other projects, a message that also resonated with the other side.

Giorgio says this fight is not over and plans on working on other projects. It was a message that also resonated with the other side.

"We are nowhere near done with our work. There’s a lot more things that may or may not come up around town. This is not over yet," said Christopher Carville of the Nod Road Preservation, Inc.: