AVON — It was an event meant to remember the thousands of lives were lost on 9/11.  “It’s very important for us to continue to remember those lost,” said ... 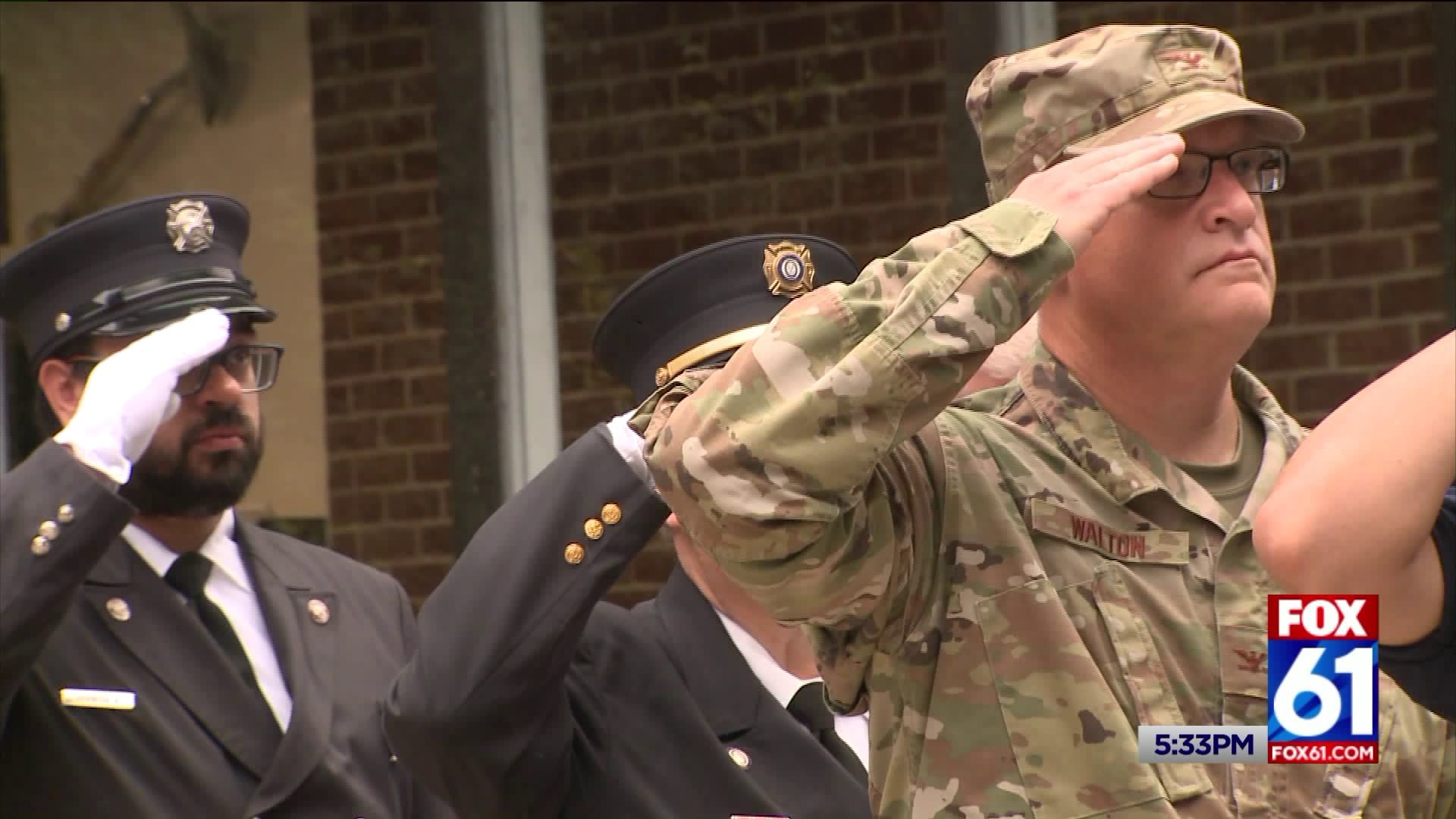 AVON -- It was an event meant to remember the thousands of lives were lost on 9/11.

For the 18th year in a row, Avon firefighters, police, past and present military, and community members came out for the annual 9/11 memorial.

Members from the Avon High School choir also came out to perform at the memorial.

“It’s a great honor to be participating in this event,” said Michael Hanratty, a senior choir member from Avon High School. “It’s certainly an important day to remember, and to honor the lives of those who died on that day, so it’s an honor to be able to sing.”

Some of the high schoolers in attendance were not even born when the 9/11 attacks took place.

“It’s difficult for a lot of us to understand just how impactful that day was because those of us in our choir, I think there’s 46 of us, and only a few of us were born on 9/11, and none of us really have any recollection of the day,” said Hanratty. “So it’s tough for us to see the impact that it’s had because all of us have only lived in a post 9/11 world.”

But for those of us who do remember, 23 will never forget.

“It changed our country, this is the generation of 9/11,” said Bloom. “They’ve been raised on it, they’ve had a different country to grow up in, different security, different travel measures, this is a time for them to recommit, become part of it, be part of the solution, be part of the ones who run towards danger rather than away.”