MIDDLETOWN — On the third day of Tony Moreno’s murder trial, Moreno’s ex-girlfriend and the mother of his son he’s accused of killing took the stand. On W... 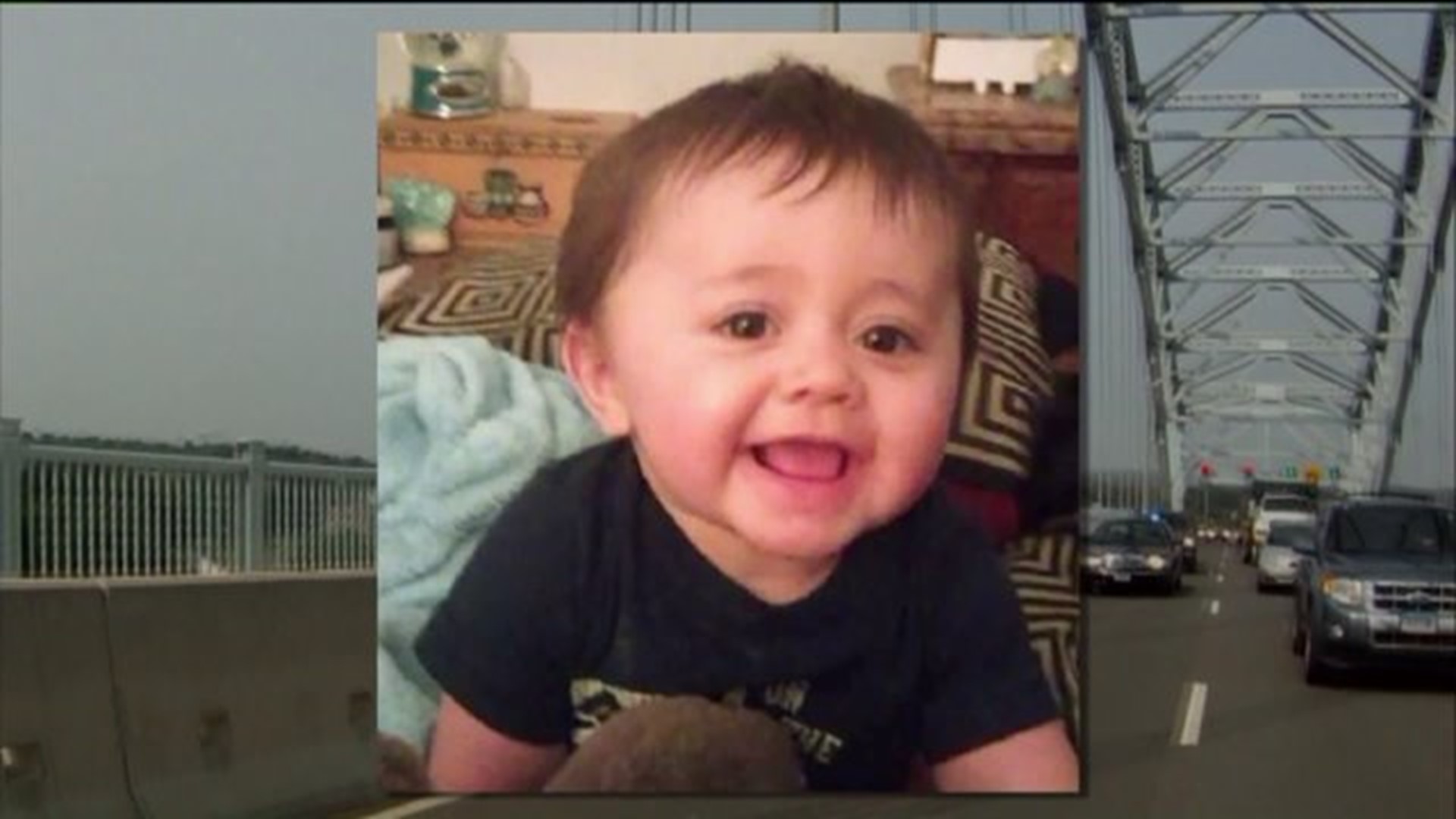 MIDDLETOWN -- On the third day of Tony Moreno’s murder trial, Moreno’s ex-girlfriend and the mother of his son he’s accused of killing took the stand.

On Wednesday, Adrianne Oyola described to the jury their relationship leading up to July 5,2015. That’s the date when Moreno is accused of throwing their 7-month-old son Aaden to his death off the Arrigoni Bridge in Middletown before jumping off the bridge himself.

Oyola said they met when she was 13 years old and began dating when she was 16. They lived together for several years before she had Aaden at 18 years old.

Prosecutors asked Oyola, “Is it safe to say that your relationship changed when you became pregnant?”

“Yes,” she replied. They asked, “When it changed, did it change for the better?” She responded that it did not.

She told jurors she almost missed her high school graduation because Moreno had stolen her graduation dress and shoes. Oyola also testified that she feared she and Aaden were unsafe.

“Do you recall if the defendant ever told you that he could make you and Aaden disappear at any time?” asked prosecutors. “Yes,” Oyola replied.

Oyola testified she had filed for a temporary restraining order in June, but two weeks later and just days before Aaden’s death, she worked out a custody agreement with Moreno despite her fears. When prosecutors asked why she agreed to it, she responded, “I just decided that it was better that way. The judge more or less told us that that was what we had to do.”

Jurors were also read text messages between Oyola and Moreno from July 5, 2015. Moreno had Aaden that night, according to the custody agreement, and was upset Oyola did not immediately respond to his texts. Oyola testified she had her sister call 911 when Moreno texted her that Aaden was dead. Jurors were also read three notes found on Moreno’s phone. One, written that night, simply read “To everyone: I’m sorry.”

Moreno also wrote to Aaden, “You were one of the best things that ever happened to me.”

The third note was also deleted but recovered by detectives. It was a lengthy letter and poem addressed to Oyola telling her that he never stopped loving her. Moreno wrote, "I wish I could have found a way to show you how I really felt and I’m so sorry that I couldn’t."

"You knew in advance what I planned on doing and you never tried stopping. You never even asked me not to do it and that hurt me more than you'll ever know. But after everything that happened between I guess I deserve that. But just know that at the end of everything I waited for you to come and stop me, to come and save me and tell me things would be ok, that you still loved me, but that was just hopeful wishing apparently,” he wrote.

Tony Moreno has pleaded not guilty to murder and risk of injury to a child. The trial resumes on Thursday and Moreno is expected to take the stand.