Bear euthanized after attacking and killing a small dog in Burlington

BURLINGTON – A small dog was attacked and killed by a black bear Monday afternoon on Bradley Road. This is not the first time there has been a reported be... 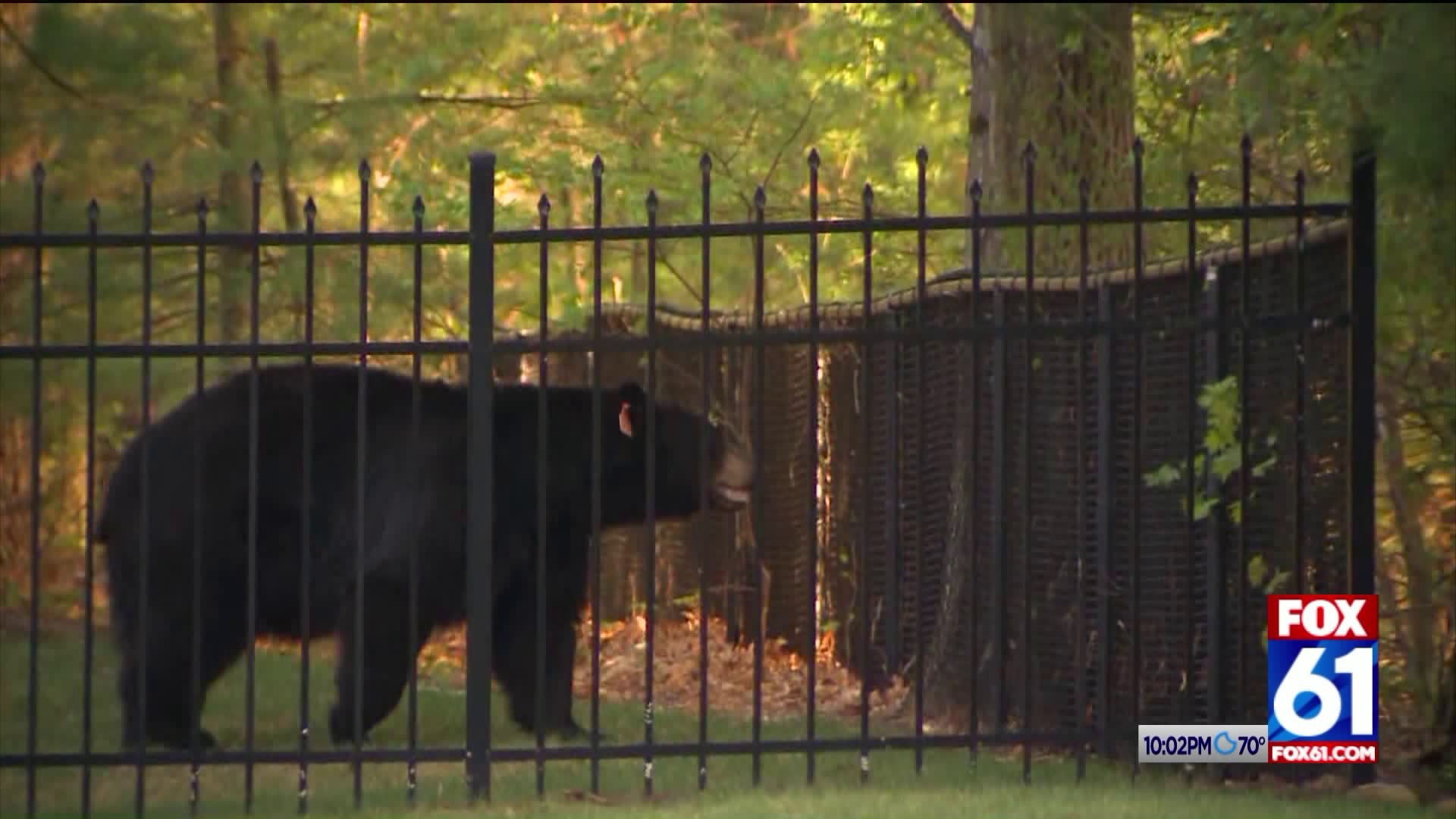 BURLINGTON - A small dog was attacked and killed by a black bear Monday afternoon on Bradley Road.

This is not the first time there has been a reported bear attack in the town.

Police shot and killed the mother bear. Residents in Burlington said they are always on high alert as they never know when a bear may be roaming outside.

Police found the dog in the backyard of the home. When a trooper found the bear, police said it appeared aggressive towards him.

Lee Sawyer with the Department of Energy and Environmental Protection said mother bears attack out of a protective nature.

“Where bears may be with their young cubs, there’s kind of a heightened sense of awareness that those bears have and some potential for aggression,” said Sawyer.

The three cubs were seen in the back of a truck as DEEP’s wildlife biologists transported them to a safe location.

Charlie Bates is a family friend of the dog owner. He said people who live in the woodsy area usually know what to do before they step outside.

“You usually look outside the window before you walk outside but you just don’t think about it,” added Bates of Burlington.

Dr. Lisa Trevino with the Burlington Veterinary Center advised people to never leave food or bird feeders because bears have a keen sense of smell.

“Keep your dog on a leash when you’re with them, make sure they’re supervised even if you have means of keeping them on your territory, and if you are outside with them, certainly making sure you’re making noise. Bears don’t want these encounters to believe it or not,” said Dr. Trevino.

The dog that was killed was buried in the backyard. The family has asked for privacy at this time.