HARTLAND — Shooting bears with a camera, instead of a gun. It sounds great in theory, but towns in Litchfield County are pushing back for quality of life issues... 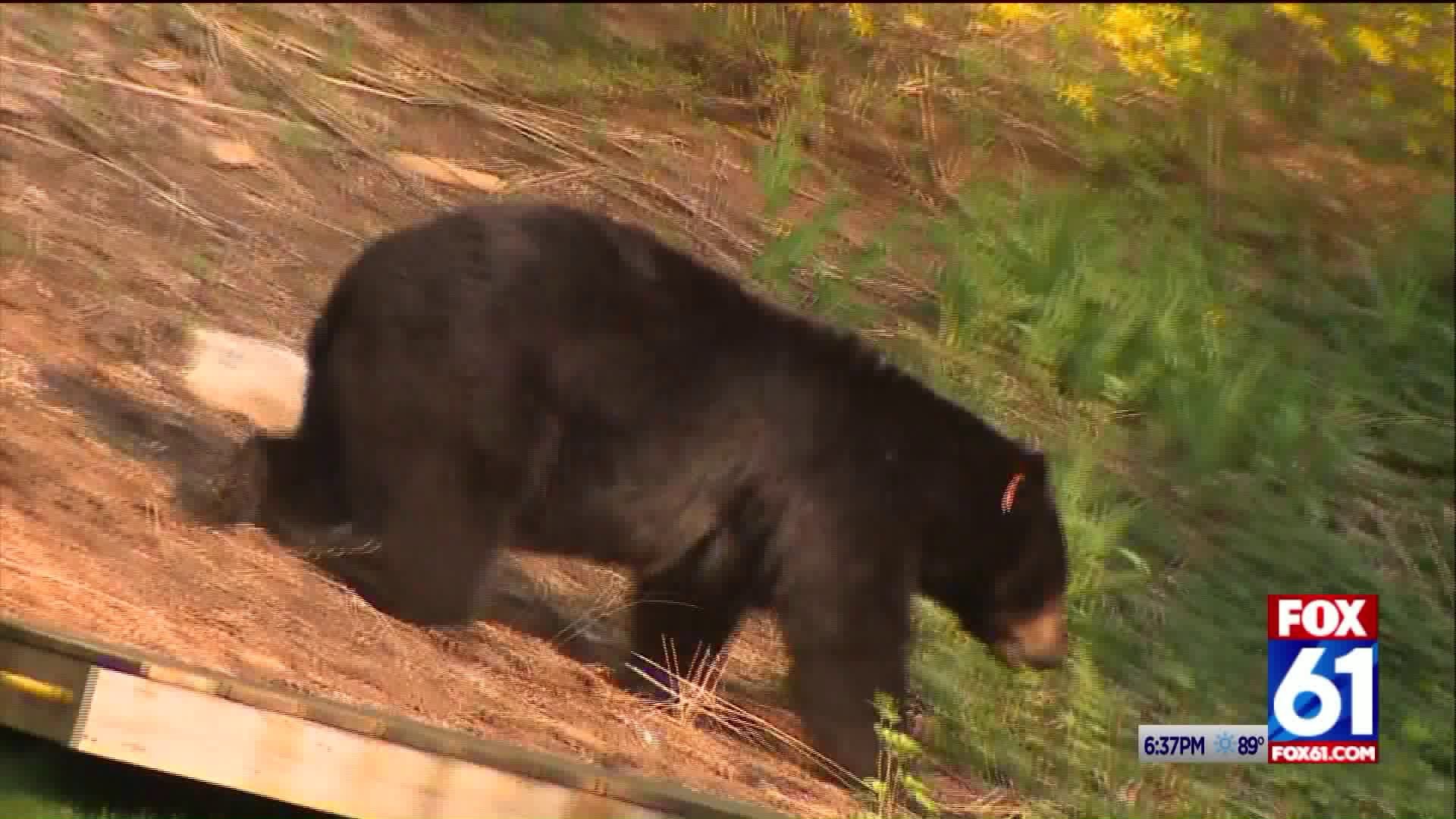 HARTLAND — Shooting bears with a camera, instead of a gun. It sounds great in theory, but towns in Litchfield County are pushing back for quality of life issues.

Dr. Charles Munn is scientist and the conservation / tourism CEO of SouthWild. He has a business in South America. Now he has come to Connecticut and is practicing what he calls “diversionary feeding.” He’s conditioning bears to travel to sites deep in the woods for food. His goal — to get them out of the neighborhoods and make some money too. That has many residents enraged.

FOX61 asked Munn, “Are you in this for the money or are you in this to protect the bears?” Munn responded, “Well, I’m really in this as a model to see if we can have large animals and a relatively dense human population co-exist.”

Dr. Munn is conducting tests. He said, “This is an experiment at this stage, yes.” Munn has recruited private land owners in Granby, Barkhamsted and Hartland to try out bear-baiting. Cheryl Anderson, of West Hartland said, “He has already set up these feeding sites without our knowledge. I think that’s unethical.”

Munn’s goal: “Start testing whether the bears will show up frequently enough that you can actually bring someone there, charge them some money and if they don’t see a bear you give them their money back,” he said.

He calls it bear photo tourism. Magi Winslow is a Selectman in Hartland. “It was presented to us that it would be 70 people a day. Tour buses and cars. It’s not something that would benefit Hartland.” Hartland residents are bearing their teeth in opposition. “Something like this would forever change the character of our town. The quality of our lives here,” said West Hartland resident Cheryl Anderson.

They lined up to sign a petition. Bears are a routine part of life here. Hillary Wilson is a mom. She says Munn’s bear baiting has changed the animal’s natural migration — causing them to cut right through her backyard by the swing-set. “They are not allowed to go out and play,” she said about her kids.

Munn’s testing is so controversial a resident stopped him during our interview to have a fireside chat about his opposition. “A lot of them don’t seem to be very interested in talking. So, if you can’t talk it’s hard to figure out where we have common ground,” said Munn.

Selectman Magi Winslow says Munn was invited to a town meeting. “Came without a plan. Was supposed to come back and present a plan. Didn’t hear anything but next thing we know going to door to door in West Hartland. We don’t allow soliciting in Hartland.” “I don’t think I’ve been soliciting anyone for anything,” said Munn. “I’ve been asking some residents what do they think about bears.”

Munn envisions his bear preserve to be about 50 to 100 acres. He plans to build watch towers and carry bear spray to keep people safe.