WATERBURY — The Principal of Crosby High School in Waterbury confirmed in a letter that there was a reported case of bed bugs at the school. In a letter s... 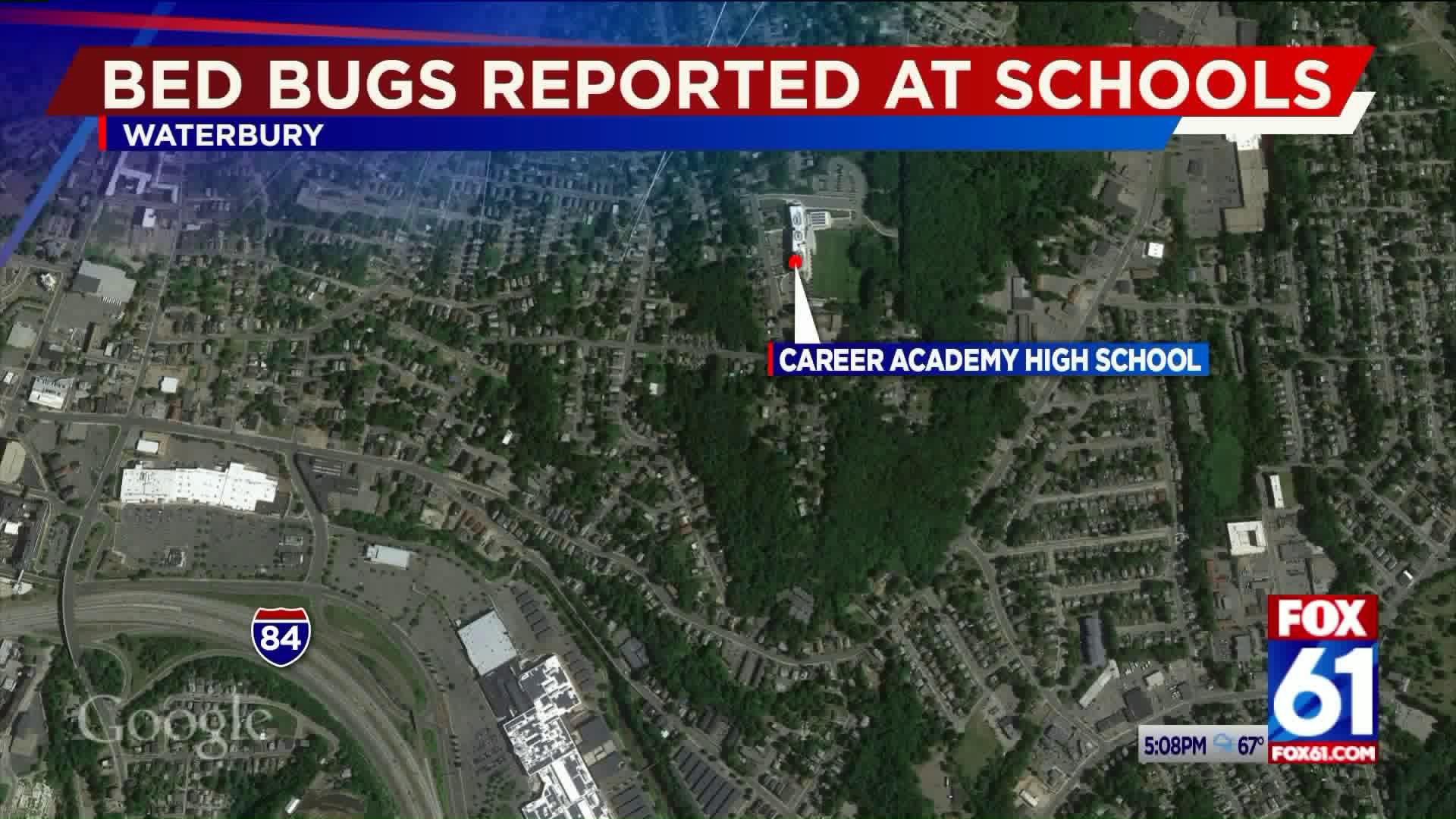 WATERBURY -- The Principal of Crosby High School in Waterbury confirmed in a letter that there was a reported case of bed bugs at the school.

In a letter sent out to school staff, Principal Jade Gopie said that after the report of a bed bug incident, school staff addressed the issue and worked with the City Health Department and the School Facilities Division.

Gopie says cleaning of all potentially impacted areas is underway, and follow-up inspections and remediation will be taken if necessary.

Gopie said there is no risk of harm to students, staff, or visitors in the letter:

There is no risk of harm to students, staff or visitors. Bed bugs are common in the United States. They do not transmit disease and pose no immediate health risk to humans. Instances of health impacts are linked to scratching of bites and potential infection or allergic reaction. Any suspected bite should be checked by a health professional and treated accordingly.

Virtually all instances of beg bugs in a school environment are the result of the insect being carried in from the outside in isolated circumstances. The Waterbury Board of Education and the City Health Department consider the health and safety of students and our school community as a top priority. We will continue to work collaboratively and proactively to maintain the schools as insect free and to support the remediation of issues outside of the school environment.

In April, a bed bug incident was reported at Waterbury Career Academy.

We spoke with a few students who say going to school Thursday gave them the creeps even after school officials told them the building was all clear.

Takaia says hearing that her school had bed bugs made her cautious of her surroundings.

Lewis said, “I thought it was just nasty like it should be clean, like you could bring that stuff home and not even know it… that’s just disgusting.”

The bug sighting also made parents concerned which is the reason why Anthony Johnson… who has a child in the Waterbury school system… says this is concerning.

Johnson said, “It’s kind of shocking we heard about it at Career Academy first of all, then we heard about it a second time and then we were kind of even more shocked. We thought they cleaned to get it out of there… guess they didn’t.”

Johnson says he is skeptical either school is bed bug free.

The school says follow up inspections have been scheduled.

Crosby High School has put up a link if anyone wishes to learn more about bed bugs.