Every August it promises so much bite. No, it’s not shark week, it’s SWAT week. For the 10th year in a row the State Police gun range in Simsbury is... 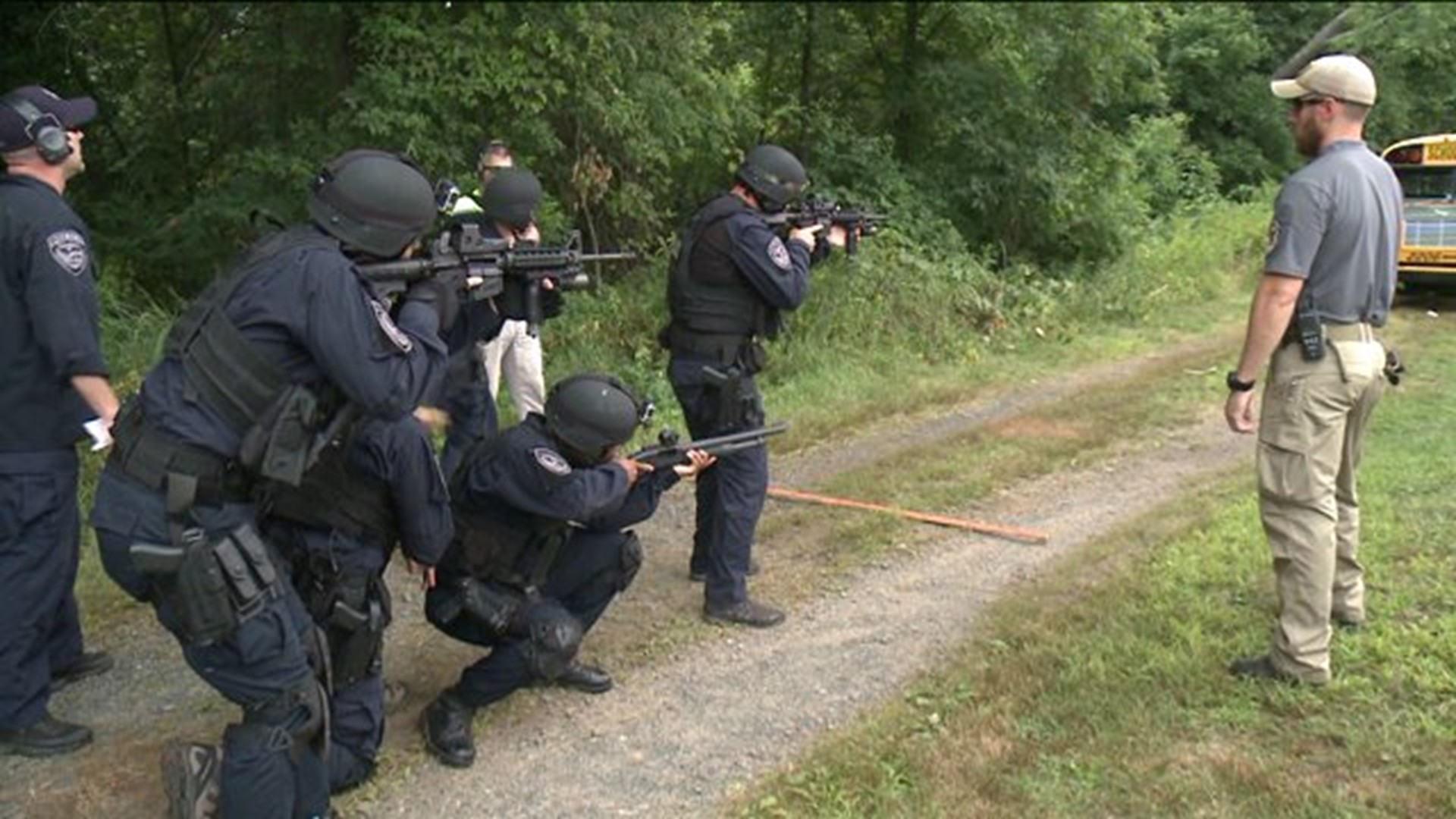 Every August it promises so much bite. No, it's not shark week, it's SWAT week.

For the 10th year in a row the State Police gun range in Simsbury is full of hundreds of type-A personalities all bringing their A-game.  Twenty-eight tactical teams from all over the region have come to the compete at the Connecticut SWAT Challenge.

The week-long SWAT Challenge offers operators both classroom courses and field scenarios. Thursday morning the new and improved "mystery challenge" was unveiled. For the challenge teams run a course that simulates a hostage siege in a mall parking lot.

"They are fighting their way through a parking lot all the way to a bus," Chappell said.

This year the West Hartford Police, who organize the SWAT Challenge, procured the services of Eagle 1, Stratford's police chopper. The helicopter was used in the mystery challenge scenario to "evacuate" an injured officer.

Just off the course from the mystery challenge, Officer Val Duarte from the Hartford Police SWAT team said, "They just out do themselves every year and, this year, with the helicopter, it was great."