Osprey-watching is a booming attraction on the Connecticut River

HADDAM —  If you want to do bird watching the right way in Connecticut, you have to go where the birds are! They’re a moving target on the Connectic... 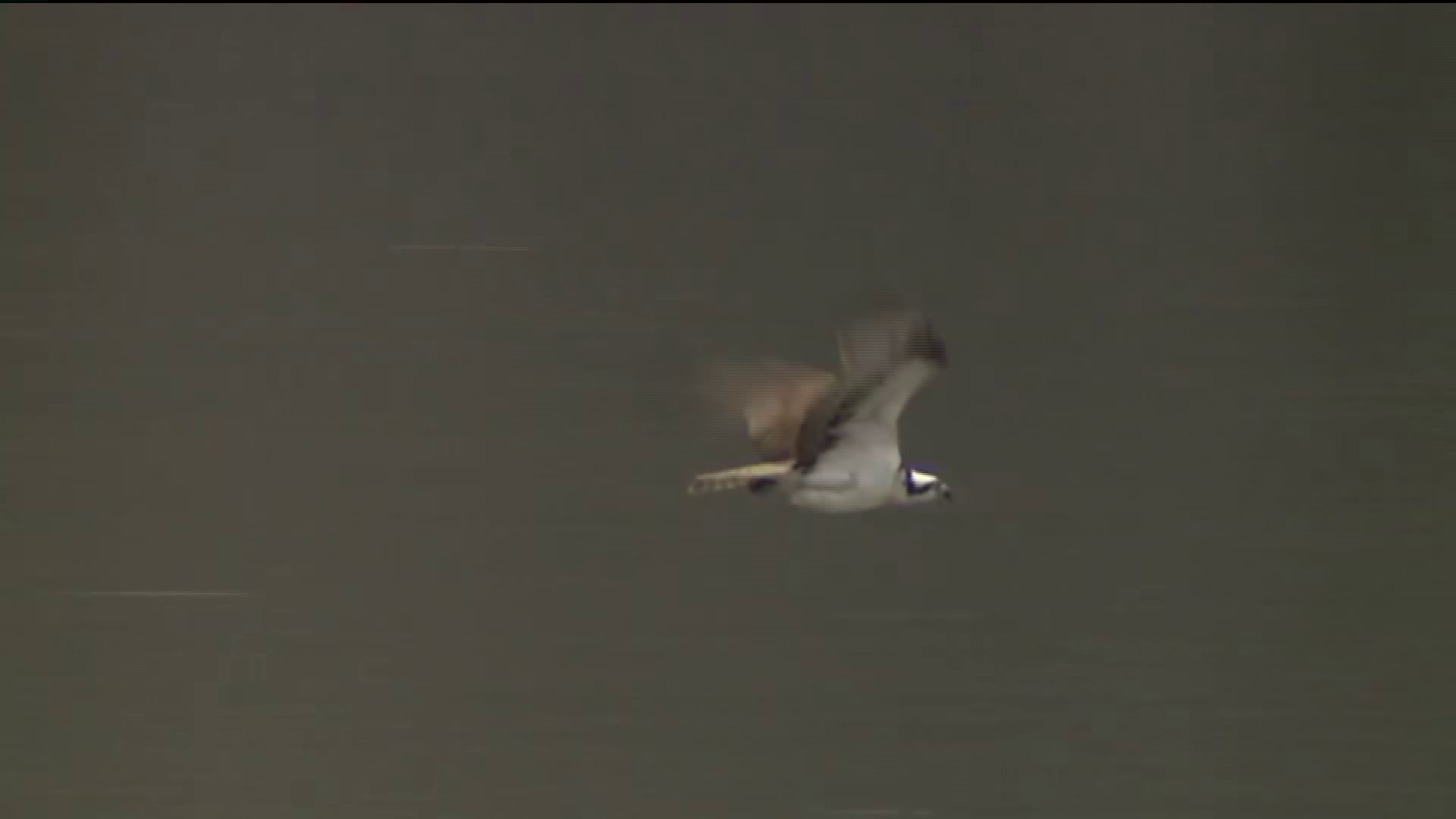 HADDAM --  If you want to do bird watching the right way in Connecticut, you have to go where the birds are! They're a moving target on the Connecticut River.

“The reactions we get from guests," said Captain Mark Yuknat of CT River Expeditions. "They love it, and don’t know what kind of birds we have here.”

Larry Wagner remembers a time when there were no ospreys on the Connecticut River because of pollution. Thanks to the Clean Water Act, the river is much cleaner and the eagles and osprey are back.

Now, there are about 45 eagle nests in the area. A few times a week, birders join Yuknat for a leisurely tour from Haddam to Essex and back, with one goal in mind: to find ospreys and eagles.

It’s the end of the season for bald eagle watching. After spending the last few months a long the river, they’re about to migrate north. But, the osprey's are ready for mating season. It's prime time for the ospreys coming back to the Connecticut River after a long migration from South America.

The ospreys come back to the same nest they built, year after year, and they mate for life. So they’ll find their partner, after taking separate vacations and mate again.

They’ll be here until late August. After nesting season males will stay with the kids until September.