HAMDEN – There was more outrage Friday evening following the officer involved shooting in New Haven. Protestors chanted the names of the two people who we... 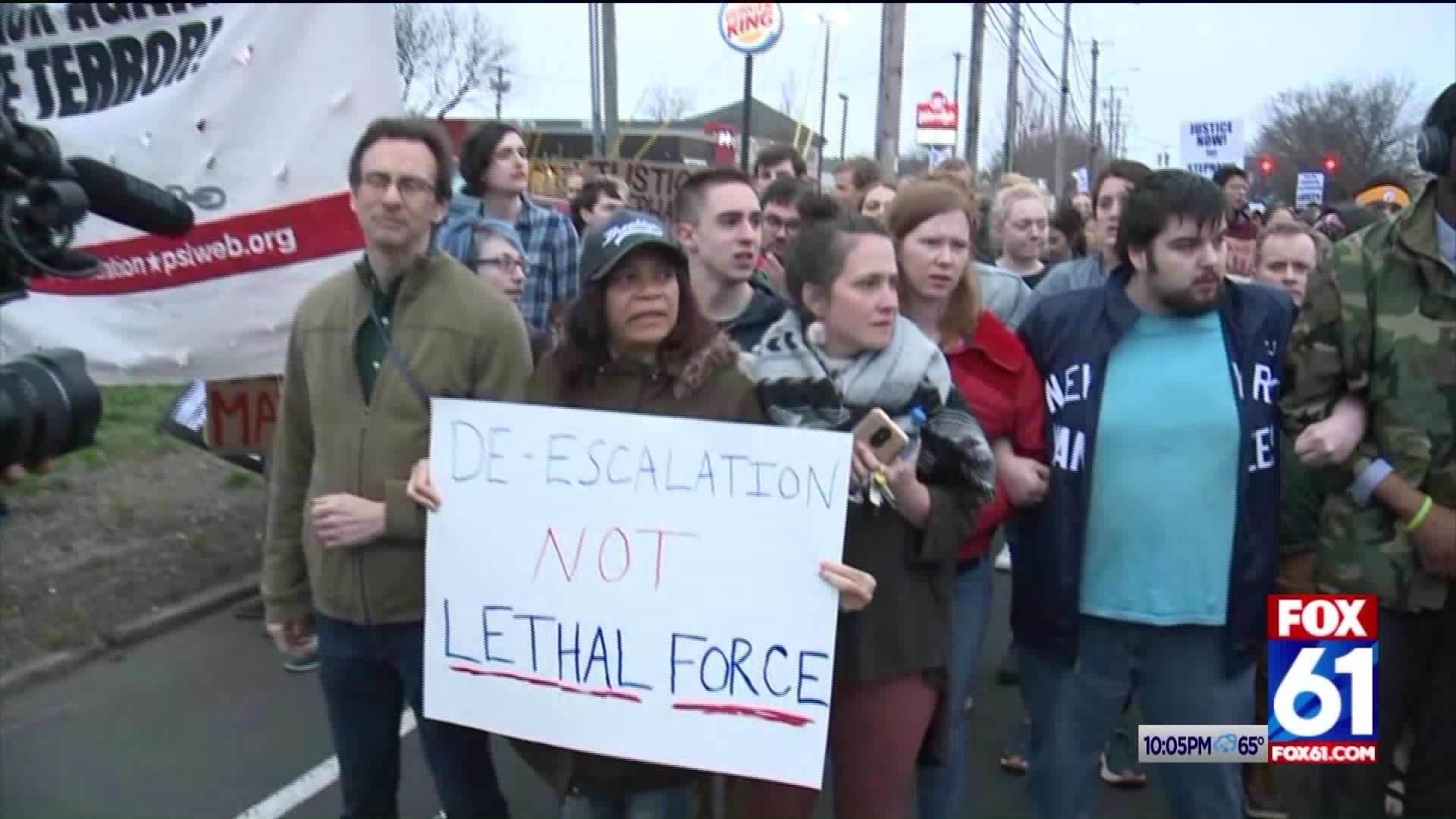 Protestors chanted the names of the two people who were shot at by police as they took to the streets for a fourth straight night.

FOX 61 also learned new information surrounding that shooting. A source said the body cam footage will show the driver, Paul Witherspoon III was unarmed when those officers opened fire. That video is expected to be released next week.

Hundreds of protestors near and far came together on Dixwell Avenue to make a point. They are not happy with how Devin Eaton, the Hamden police Officer and Terrance Pollock, the Yale officer handled the incident on Tuesday.

FOX 61 obtained a new angle of surveillance video. It showed Officer Pollock firing his gun and running away from the shots by Officer Eaton.

“We have been at the forefront of doing de-escalation training, but when you talk about urban training common urban trauma and stuff that’s a new term and new thing for me,” said Hamden Police Chief John Cappiello.

Roseann Walker said her son is friends with Witherspoon and called him a “man who could do no wrong.”

“The police have become militarized and we’re not standing for it anymore. One thing that we’ll recognize is that we are one human family. This is one human family - Black, brown, White, no matter what race or ethnicity you come from,” said Shareef who helped organize the protest.

“We are in an era where unrestrained police response is to shoot first and maybe never ask any questions. It’s unacceptable!” said Bishop John Selders of Moral Monday CT.