HARTFORD – State representative and president of the Black and Puerto Rican Caucus, Brandon McGee, submitted a formal request to legislative management to get ... 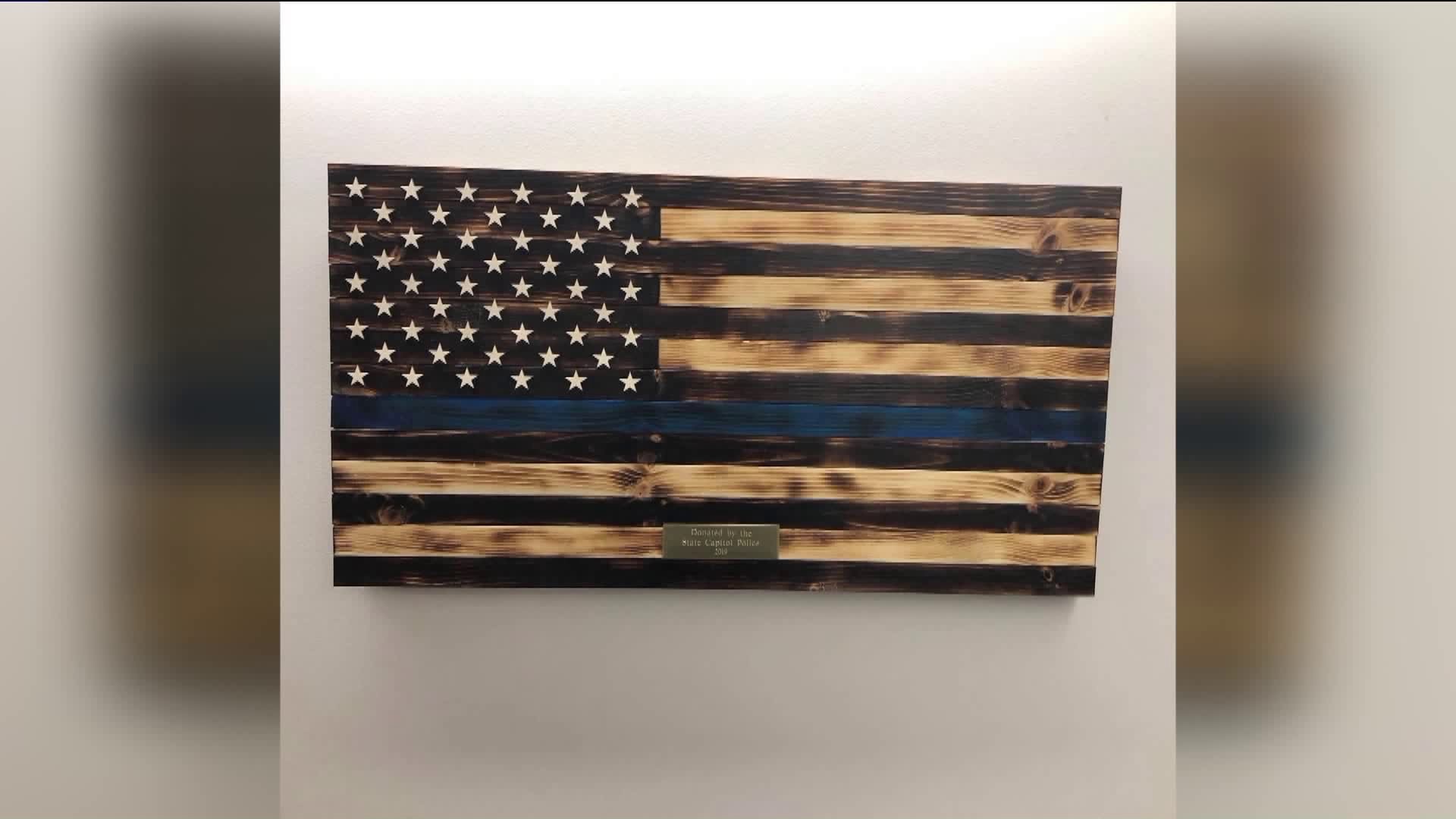 HARTFORD – State representative and president of the Black and Puerto Rican Caucus, Brandon McGee, submitted a formal request to legislative management to get a ‘Thin Blue Line’ flag back up on a State Capitol wall.

This request came after McGee said he received requests from some of his members to remove the flag.

While recognized by some as support for law enforcement, a picture of the ‘Thin Blue Line’ flag was removed from a Capitol wall over concerns it might represent hostility to the Black Lives Matter movement.

John Krupinsky, president of the Connecticut State Fraternal Order of Police, said there is a misunderstanding about what the flag represents.

McGee said after having conversations with Krupinsky, he felt more educated on what the flag stands for.

“I was glad we were able to reach out and speak to each other on this matter,” said Krupinsky.

“I hope that this conversation does not stop today,” McGee said, adding that this provided a good opportunity to talk about race relations. “Hopefully we can put this behind us and really work on issues that are facing the state.”

It was after a Wednesday night meeting with Krupinksy that McGee submitted that formal request to legislative management.

The House Republican Caucus released a statement about the flag, writing in part:

“On behalf of the House Republican Caucus we would like to make it clear that we stand with our State Capitol Police and support their donation of the handmade American Flag, created by one of their own officers. This flag is a source of pride and unity for not only our police unit here at the Capitol, but their families, and the families of those in law enforcement around the State of Connecticut. “

There is no exact timeline yet, but their hopes are to get the flag back up on the wall by the end of the week.