HARTFORD – Residents of Barbour Gardens, a housing complex in Hartford, have been asking for apartment improvements for years because they say they have been de... 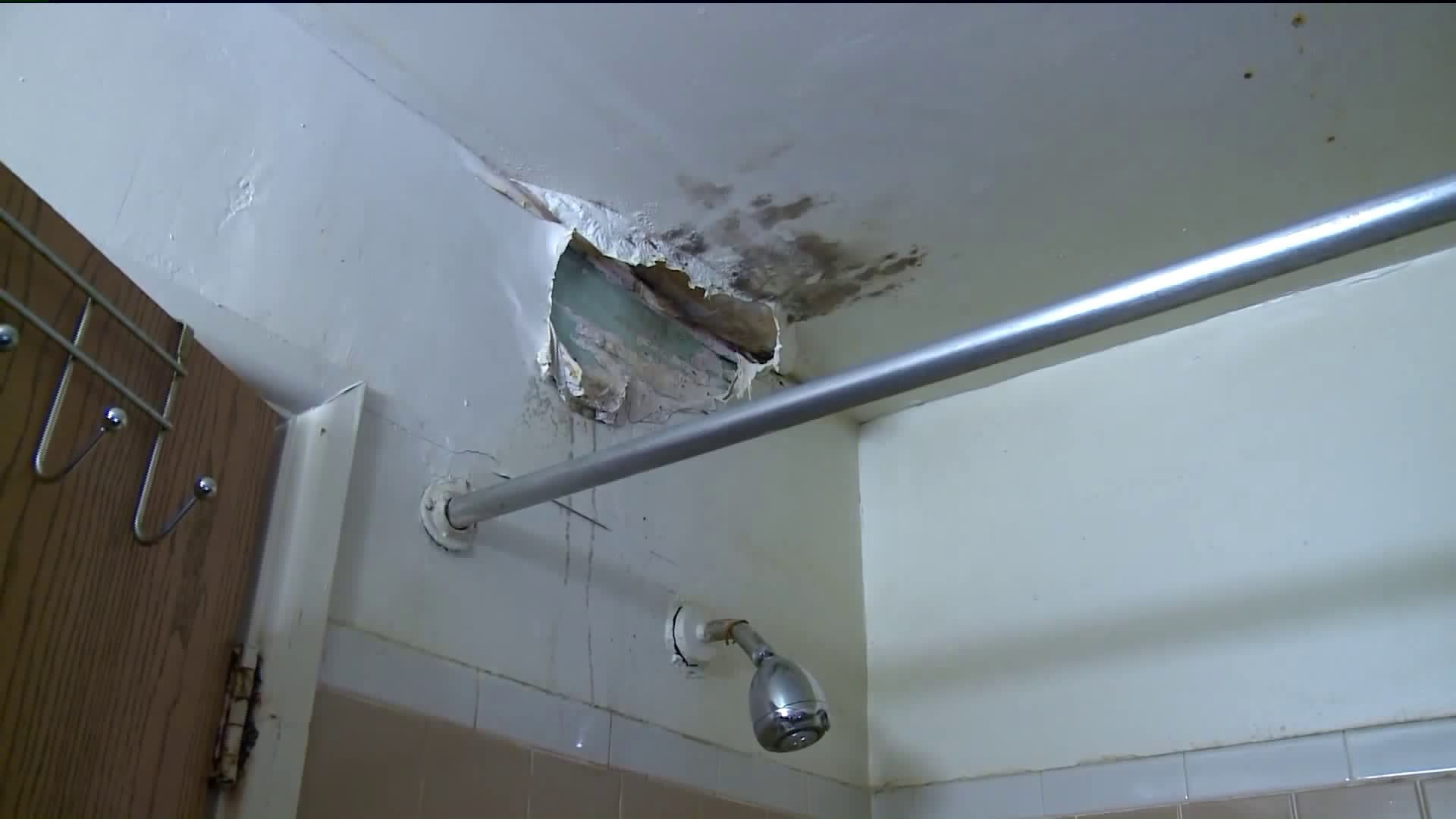 HARTFORD – Residents of Barbour Gardens, a housing complex in Hartford, have been asking for apartment improvements for years because they say they have been dealing with rodent infestations, broken windows and mold.

On Monday, Connecticut’s two United States senators toured the complex to see the conditions firsthand. In February 2018, the complex passed an inspection with 81 points out of 100 from the U.S. Department of Housing and Urban Development (HUD). Tenant protests led to a re-inspection in October, when the complex actually received a nine out of 100. After that, residents were given vouchers to move elsewhere.

“We got water leaking down in the buildings,” Cynthia Murrelle who lives in one of the complexes. “We got mold down in the basements. It’s ridiculous.”

“How much longer we gotta wait for them to do something for us?” asked Roxy Santiago, a resident.

After fielding pressure from the community, HUD eliminated its Section 8 contract with Barbour Gardens and another affordable housing complex in Hartford.

Democratic Senators Richard Blumenthal and Chris Murphy said they will continue to demand action. In his State of the City Address Monday night, Hartford Mayor Luke Bronin talked about his plans to work with residents and to be aggressive in inspections, holding HUD and landlords accountable.

HUD did not respond to multiple requests for comment.