MILFORD – The body camera footage from the officers involved in last week’s New Haven shooting was, of course, made public Tuesday by state police, ... 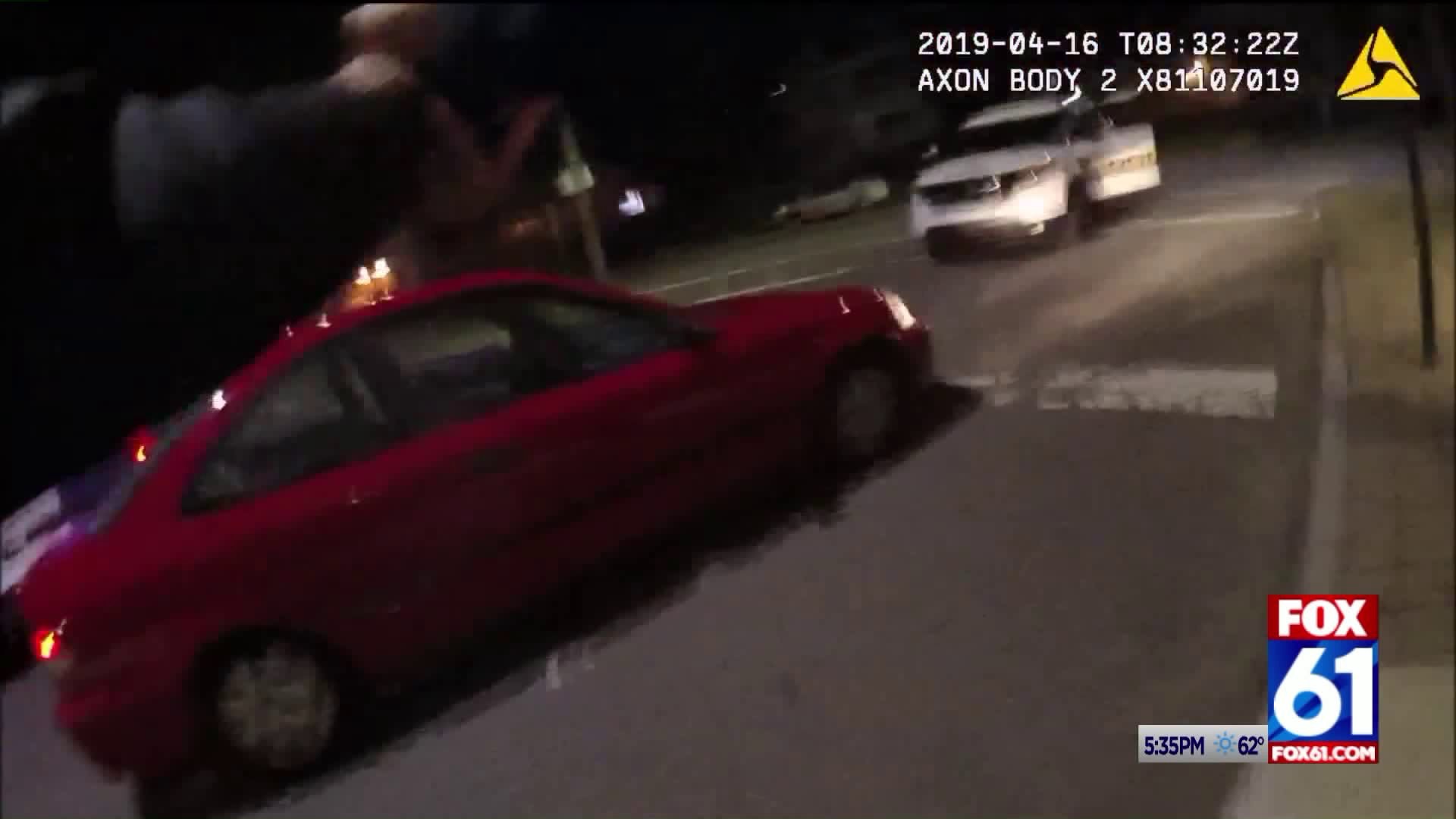 MILFORD - The body camera footage from the officers involved in last week's New Haven shooting was, of course, made public Tuesday by state police, whose Commissioner called out the two officers involved for not following state protocol with regard to activation of body and dashboard cameras.

Rodney Williams, the uncle of the man driving the car that was shot at, is among those who believe police officers should not have to worry about manually pushing any buttons to activate their body cameras.

"To actually turn them on, they are not very difficult," said Officer Michael DeVito of the Milford Police Department.

As long as the body camera is in standby mode, DeVito says the officer only needs to press firmly twice on this center console to begin recording.
"But, sometimes, you know, to activate them, on a case-by-case situation, it sometimes becomes an afterthought," he said.

Perhaps that was the case with the officer involved shooting in New Haven last week, when a Yale University officer and Hamden officer boxed in a car, whose occupants were thought to have taken part in an alleged armed robbery nearby.

"We are trying, here in Milford," DeVito says. "We are trying desperately to get our officers to conform with our policies."

Milford, like most departments across the state, mimics state policy, which is to activate the camera when you are interacting with a member of the public. But there are exceptions.

For instance, officers will not use a body camera to record an alleged assault victim or in other sensitive situations. And, if officers are entering a highly tense situation?

DeVito says the last thing they want their officers to do is compromise their safety by stopping to turn the camera on.

In his press conference Tuesday, State Police Commissioner, James Rovella, noted that the Yale University officer Terrance Pollock never activated his dashboard camera or his body camera. Rovella also noted that Hamden officer Devin Eaton did not activate his body camera until after the shooting, when he ran down the sidewalk

But, the body camera’s recall function captures the 30 seconds of video prior to an officer hitting record. So, because of that feature, State Police investigators have been able to secure video of Eaton's actions from the time he jumped out of his cruiser.