NEW HAVEN — The public will soon have the opportunity to view what will no doubt be key evidence in determining whether two police officers keep their job... 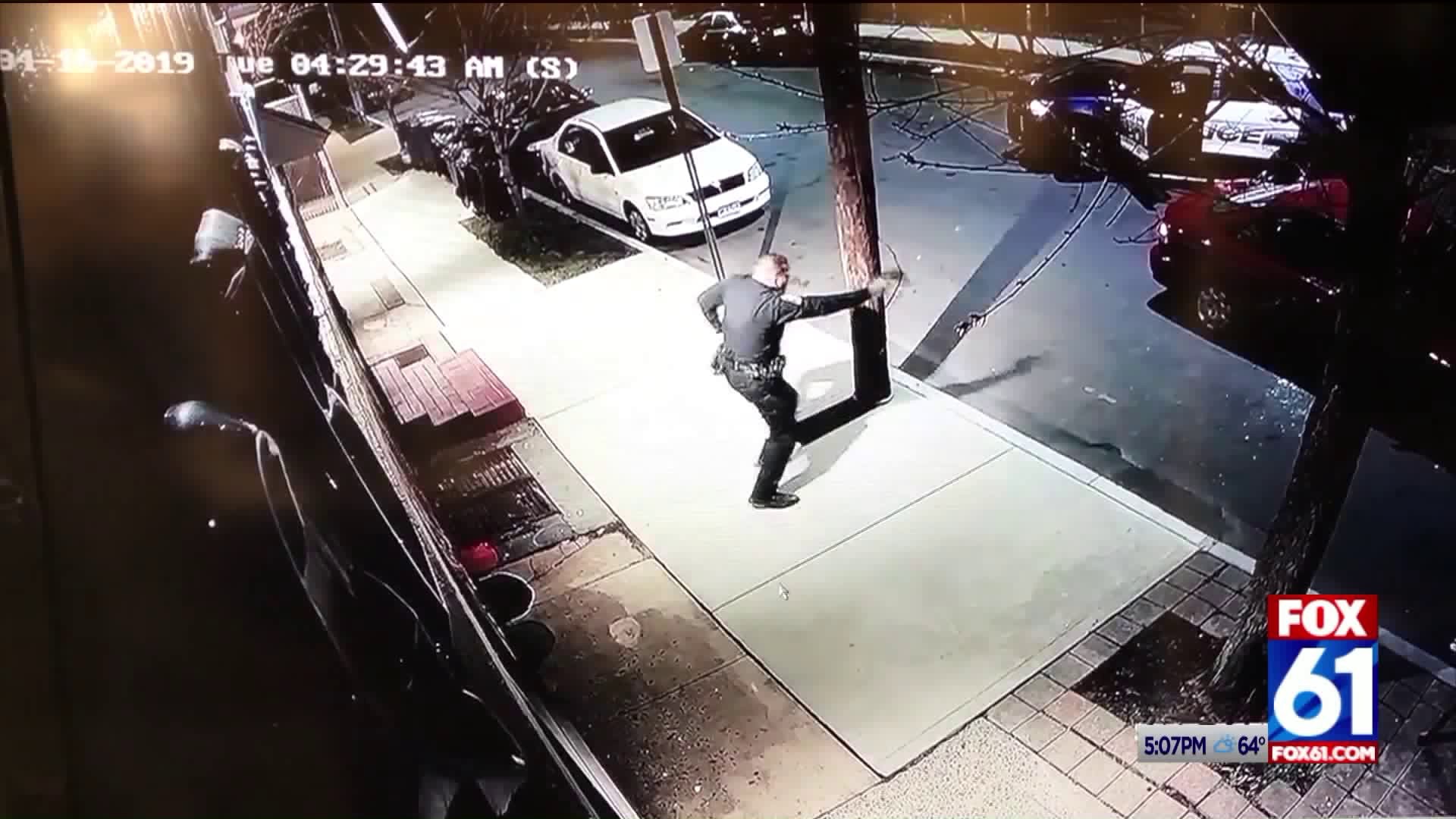 NEW HAVEN -- The public will soon have the opportunity to view what will no doubt be key evidence in determining whether two police officers keep their jobs following last Tuesday's officer involved shooting on Argyle Street in New Haven.

Public Safety Commissioner James Rovella said Monday that, on either Tuesday or Wednesday, body camera footage from the shooting, which occurred early on the morning of April 16, will be released to the public.

Hamden officer Devin Eaton and Yale University Officer Terrance Pollock are both on paid administrative leave, pending the outcome of the investigation. They opened fire on a car, whose occupants were suspected of being involved in an alleged armed robbery attempt at a Hamden convenience store and gas station, which is just over a mile from the shooting scene.

His girlfriend and passenger, Stephanie Washington, 22, was shot in the torso seconds after the officers surrounded the car. She has since been released from the hospital. The Yale officer was shot in a leg.

Before announcing the arrest warrant, Griffin met with concerned members of the New Haven religious community, who wanted to assure a fair and impartial investigation.

"There were several things that the State's Attorney said to us, but we are not at liberty to speak of those issues," said Rev. Dr. Boise Kimber.

Among the items discussed: the two surveillance videos released by the owner of the business located at the shooting scene.

"They (State's Attorney) are sending that to the state lab in order to get better pictures of what has transpired," Kimber said.

FOX61 has learned that Yale officer Terrance Pollock’s body camera may only have recorded the incident from the time he was retreating and running across Dixwell Avenue following the shooting.

"I have not spoken to Yale about that because we met with them before we got that information," said Kimber.

Like protesters, the uncle of Witherspoon believes the officers involved need to be fired immediately, before the investigation is complete.

"I wouldn’t be putting nobody on no administrative nothing," said Rodney Williams, Witherspoon's uncle. "I would be putting them on, you know, give me your guns. You put us in a bad spot."

The incident all started at just after 4 a.m. last Tuesday. While it was first called in an attempted armed robbery, an initial look into the car, on scene, yielded no gun. And the driver's uncle says there was no robbery. It was just an argument that escalated.

"A lot of people are, you know, outraged about what happened," Williams said.