BOLTON — “I think one of the members of the state fire Marshall’s office said it best when they said to him, this is an opportunity for you to hit the reset but... 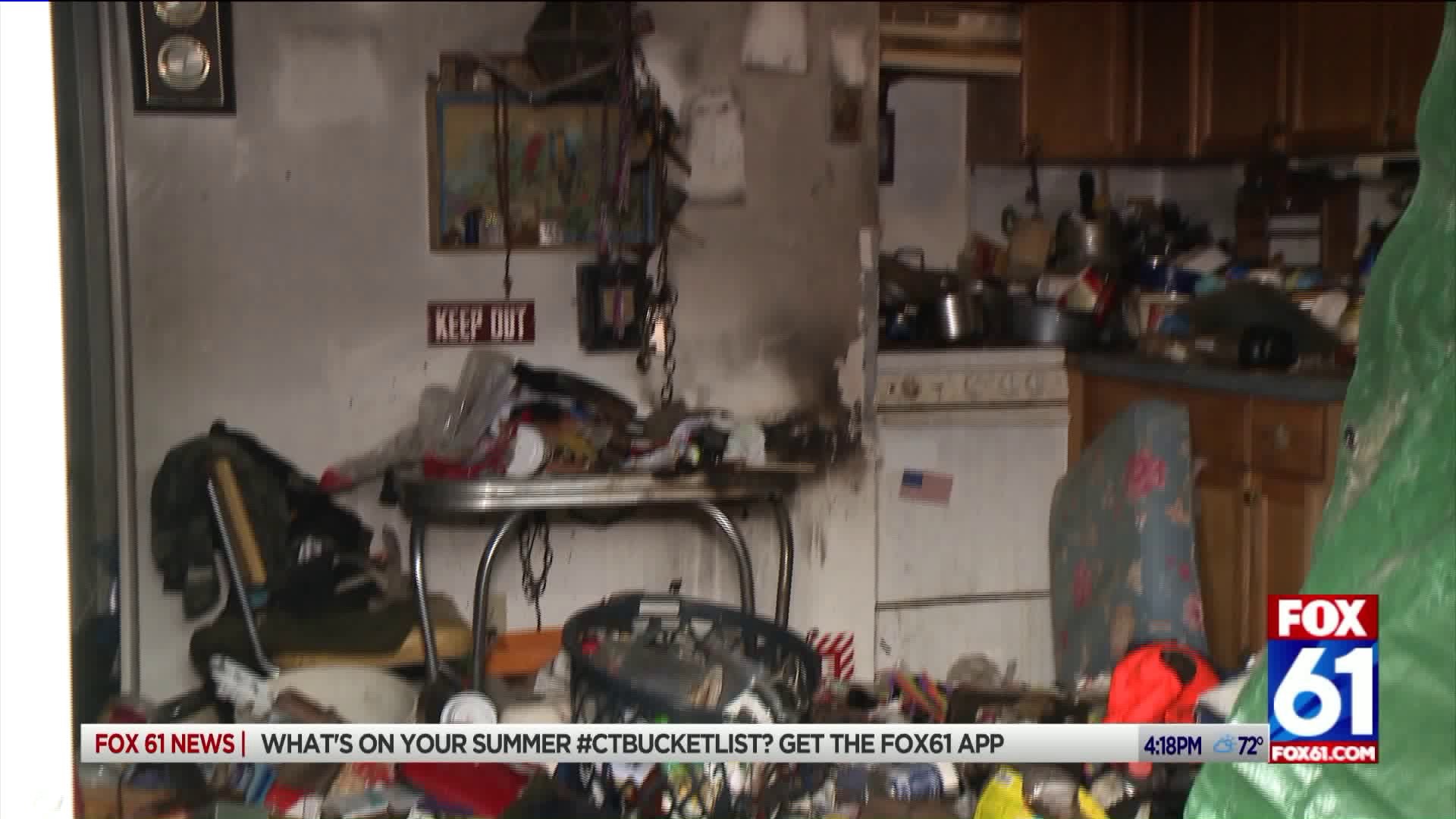 BOLTON — “I think one of the members of the state fire Marshall’s office said it best when they said to him, this is an opportunity for you to hit the reset button,” said Jim Rupert, the Building Official and Fire Marshall for Bolton.

The man living in apartment 5-A at 890 Boston Turnpike in Bolton had a hoard.

Town officials say they didn’t know about it until it was too late.

Rupert said, “If we were aware of it we would have been working on it.” It’s a secret his family claims they didn’t know about. John Claudio is both a neighbor and the father in law to the victim. “I know he was here yesterday trying to clean everything up,” said Claudio.

Bolton residents dispose of their trash like any other town. Curbside or at the transfer station.

Dr. David Tolin, now at the Institute of Living in Hartford, was the original physiologist for the TV show ‘Hoarders.’ Tolin explained the psychological aspect of the situation.

“Hoarding disorder is a mental disorder. It’s not just laziness or sloppiness.”

He also says people can hoard everything from memorabilia and family memories, to animals and junk. The only treatment according to Dr. Tolin is cognitive behavioral therapy.

“This is a form of counseling that teaches people how to make more effective and efficient decisions. What we find is that most people who receive cognitive behavioral therapy can get their hoarding significantly better under control though it’s certainly not a cure for hoarding.”

The fire started in the kitchen. It’s was during the day so most people were awake. A central fire alarm helped with a quick response.

Rupert says, “We would have had 26 or 27 units that got displaced. This could have been a much more tragic event.”

According to town officials the landlord claims she wasn’t aware of the hoarding issue. However, a tenant who declined to go on camera told me he’s been bringing it to her attention for months. Complaining about the bugs and the stench. The landlord has not gotten back to us.