Bond set at $1.2 million for New Britain man who keeps getting out

HARTFORD — Jose Rivera-Cruz was in Hartford Superior Court Monday to answer to 12 charges that included engaging in a police pursuit and carrying an illegal gun... 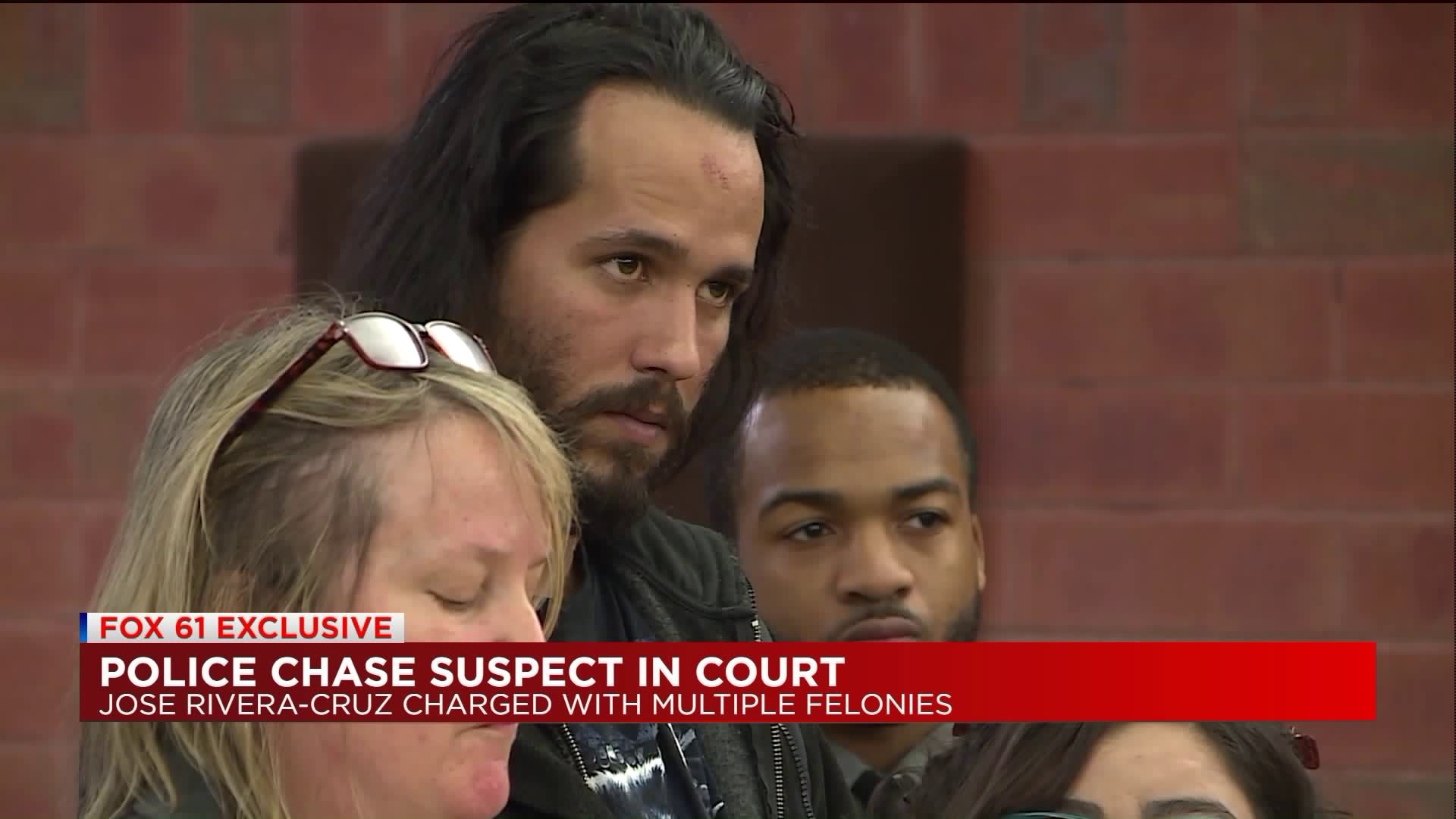 HARTFORD — Jose Rivera-Cruz was in Hartford Superior Court Monday to answer to 12 charges that included engaging in a police pursuit and carrying an illegal gun.

His friends and family sat in court and said, “I love you bro,” as he was led away in handcuffs. One of his supporters was thrown out for speaking in court.

Rivera-Cruz was arrested twice in less than three weeks in Hartford for a long list of serious offenses.

But Rivera-Cruz keeps getting out.

He posted more than half a million dollars bail after getting arrested Halloween night. Police found him slumped in his car on Bond Street with drugs in plain view, a loaded assault rifle, pistol and lots of ammo. Police seized 366 bags of heroin and fentanyl and some cocaine and suboxone.

“He’s 30-years-old. Born in Puerto Rico. He’s been living in Connecticut for the past 13 years. Same address in New Britain for the past 3 1/2 years. He does have multiple pending cases your honor,” read the bail commissioner.

Less than 3 weeks later, Rivera-Cruz was arrested again, over the weekend. Again in the area of Bond Street. This time leading police on a chase. He sped away, then bailed on foot. He was found with a gun in the car.

“He does seem intent on keeping firearms when he is instructed not too,” said the State’s Attorney.

To keep him locked up, this time a judge set bail at $1.2 million.

“The court does note the danger and the concern over public safety,” she said.

Rivera-Cruz, has one child and also has multiple pending court cases. He was appointed a public defender and will be back in court December 12th.