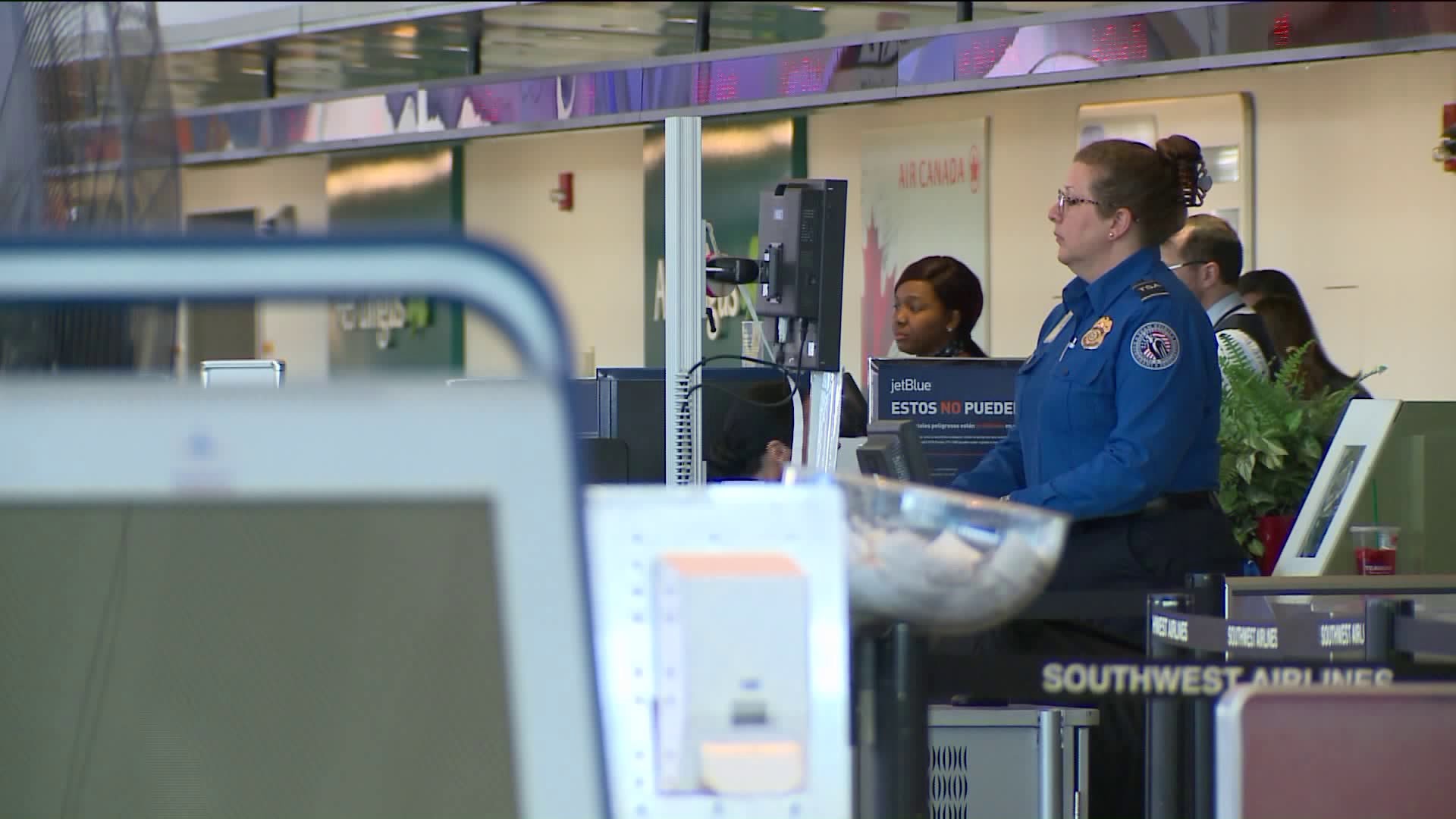 This remains a fight over a border wall. President Trump has several options. Keep the government shut down, declare a national emergency, reopen the government, at least temporarily — or compromise.

“The other night was one of the hardest nights that I have had because I cried thinking about my co-workers. I felt helpless,” said former TSA Officer and AFGE Representative Valyria Lewis.

Day 24 of the Government shutdown brought Senator Richard Blumenthal to Bradley Airport. He was about to board a flight back to Washington and was surrounded by TSA and FAA employees — who aren’t getting paid.

Those employees are now forced to pick up second and third jobs, even apply for food stamps. Christopher Scofield is an Airway Transportation Systems Specialist from East Granby.

“We missed our first paycheck. We all have mortgages. We all have rent. We have bills that have to be paid. My washer actually just broke last week and I don’t know when I’ll be able to replace it,” he said.

“I am supporting the lawsuits that have been brought, advocating that unemployment benefits be provided and other short-term measures be assured. Everything done to make it possible for these folks to do their job,” remarked Sen. Blumenthal.

“We don’t have a problem maintaining staffing as of right now,” said West Haven Air Traffic Controller Bryan Krampovitis. But there’s no training or special projects either.

“We’re putting in some new technology to help airplanes navigate to and from the airport during adverse weather. Those programs have stopped at this point,” Krampovitis continued.

With no end in sight, passengers said they worry the ‘blue flu’ will eventually land here.

“I know that the TSA workers have been pretty good about keeping the lines moving forward but it is kind of a little nerve-racking when you go on a plane and the security has been dropping,” said Rachel Blurton of Alaska.

And while Senator Blumenthal was at Bradley, Congresswoman Rosa DeLauro was in New Haven to highlight the impact of the shutdown on the Coast Guard.

President Trump is expected to sign a bill that would give all 800,000 furloughed federal employees back-pay once the shutdown ends. He’s threatened to declare a National Emergency on border security to fund a wall between the U.S. and Mexico — which if he did, would face a stiff legal battle.