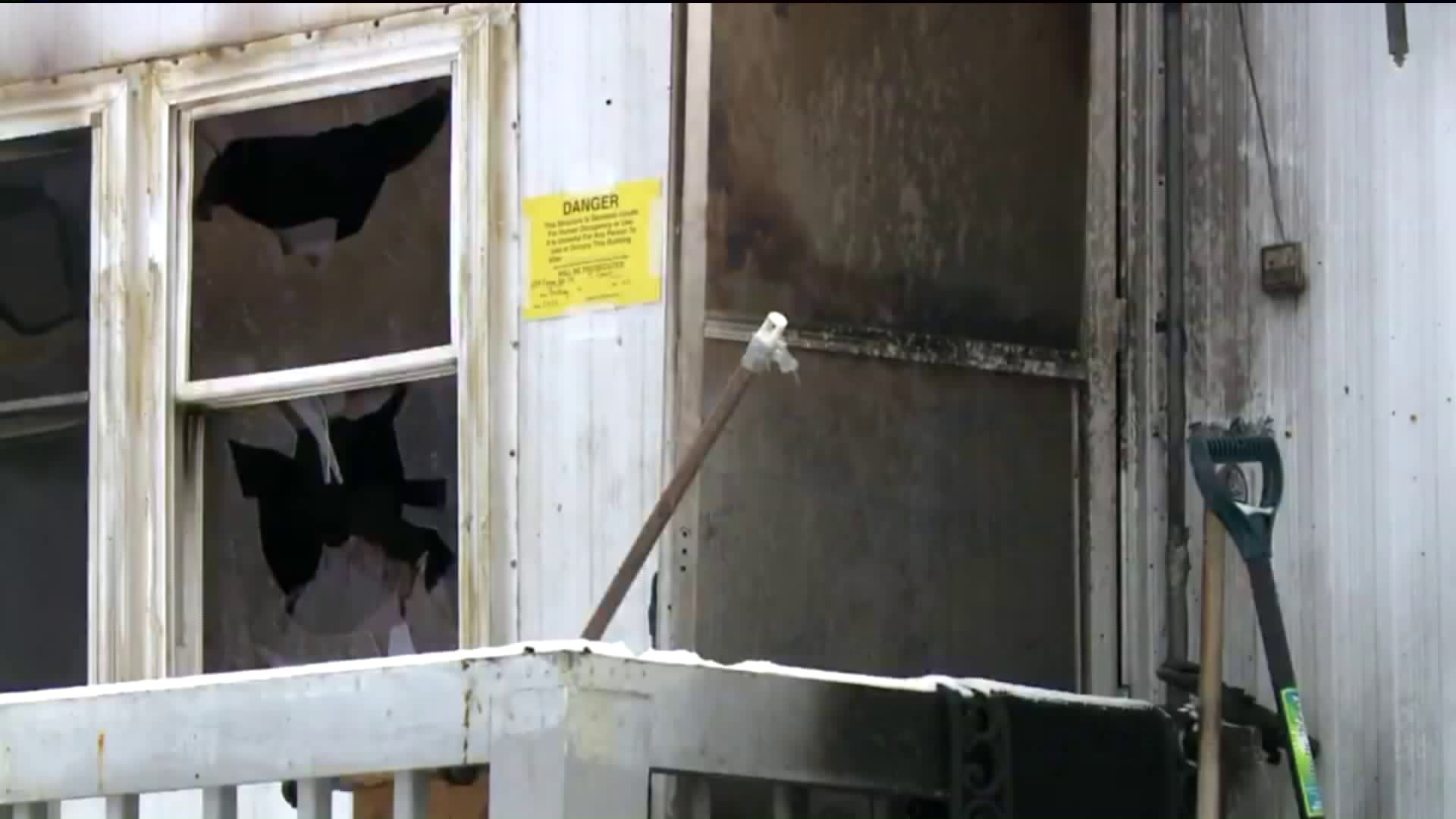 "I got on the phone and called the lady across the street and I said 'Barbara' and she was sleeping I said 'there’s smoke and everything coming out and somebody’s on fire,'" said Maureen Arpino, who lives right near the mobile home that burned.

"We searched for and found an unconscious, pulseless victim in the back bedroom and he was immediately removed," said Seward.

The 66-year-old male was transported to Yale-New Haven Hospital, where he died. The victim was described as a friendly man.

"He always said hello and came by and used to comment on my flowers and I used a comment about his little garden that he had here in front," said neighbor Joseph Arpino.

"The fire marshal is working with the state fire marshal’s office and have deemed the fire to be accidental at this time," Seward said.

A charred box spring mattress sat outside of the mobile home. It was part of a futon, in the living space, where the fire started, according to a source.

Chief Seward says there were no audible sounds of a working smoke detector upon the fire department's arrival. In fact, "in our search of the trailer, we didn’t locate any smoke detectors."

Seward says because mobile homes are typically built so well, they're tight, which means there's very little oxygen to feed the fire. So, it can generate a lot of smoke, heat and carbon monoxide, which is a combination that can render folks unconscious more quickly.