FARMINGTON –Fotis Dulos, 51, and his girlfriend Michelle Troconis, 44, were arrested late Saturday night at a Marriott in Avon in connection to the disapp... 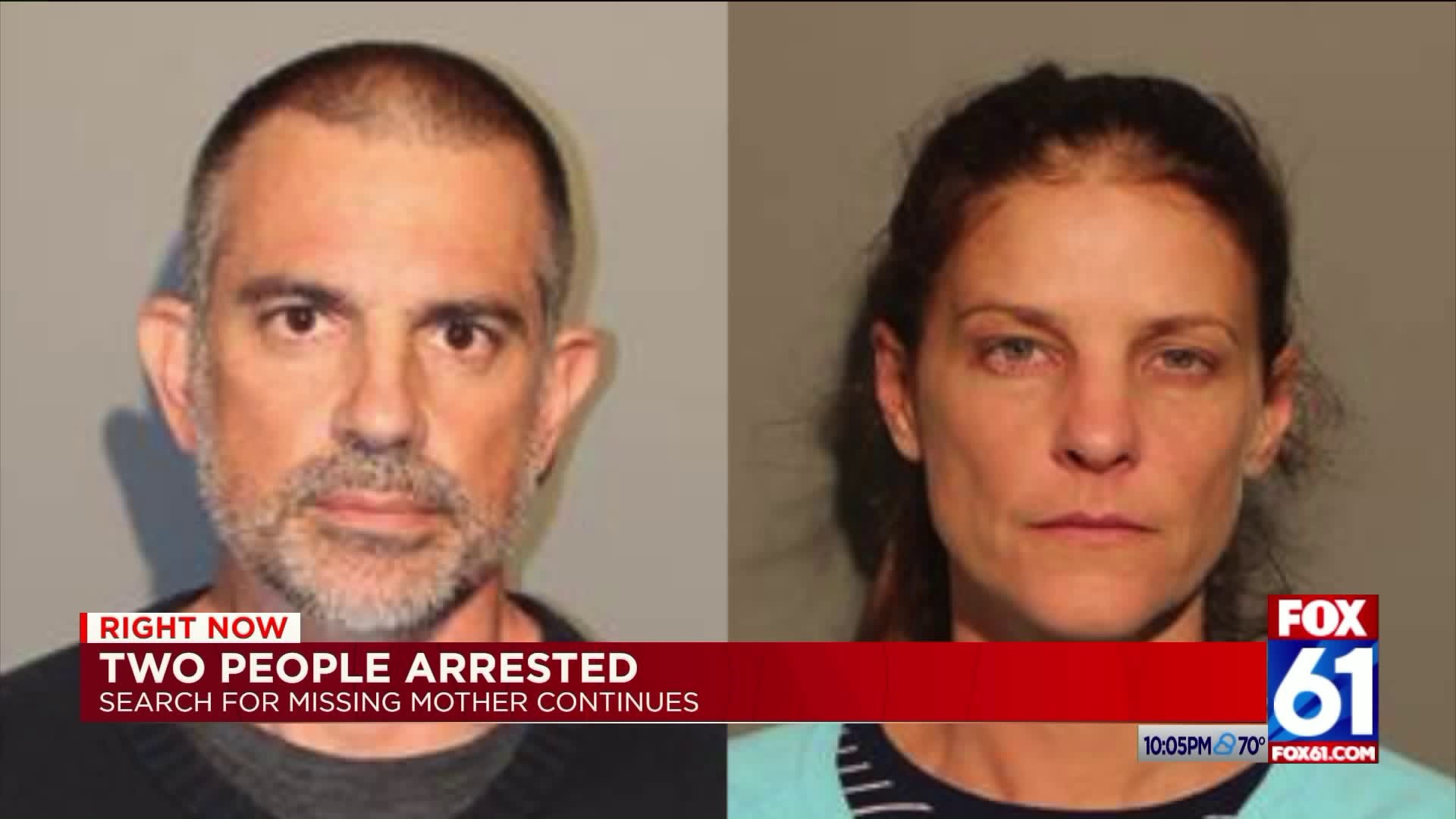 FARMINGTON --Fotis Dulos, 51, and his girlfriend Michelle Troconis, 44, were arrested late Saturday night at a Marriott in Avon in connection to the disappearance of Jennifer Dulos.

FOX61 took photographs of his black SUV that was left outside of the hotel owned by Fotis.

Both were charged with tampering with or fabricating physical evidence and hampering an investigation in the first degree. Both are being held on $500,000  bond as they await arraignment Monday.

Police continued their search efforts at two Farmington locations. Over two dozen units including K-9’s searched a property at 80 Mountain Springs Road. The home was being renovated by Fotis and Jennifer's real estate company Fore Group. Neighbors said the house was empty and was used as a model home.

FOX61 has exclusive drone footage of the 10,100 sq. ft. home as the search continued. The home sits on five acres of land and is listed at just under three million dollars.

FOX61 talked with a neighbor in the area who was shocked by the whole thing. She called Fotis a friend and mentioned he planned to renovate the rest of the neighborhood.

Just two miles away police continued their multi-day search of Fotis’ Farmington home. Multiple cruisers and patrols could be seen entering and exiting the property along Jefferson crossing.

On Friday, FOX61 obtained this exclusive footage of fotis being escorted off the property to give hair and DNA samples. A buccal swab of DNA from Dulos’ cheek was taken, as well has a hair sample, the source told FOX61. We’re told an attorney was present during the procedure and no questioning took place.

Police have obtained warrants for body and location searches. The number of and the locations of those warrants have not been released.

Both are being held on $500,000 bond and are scheduled to appear in Norwalk Superior Court on June 3.

New Canaan and State Police have not made any more arrests or charges in connection to Jennifer’s disappearance.

The criminal investigation brought police to Hartford’s Upper Albany Friday afternoon searching storm drains, dumpsters and trash cans for evidence. The Hartford Fire Department said nothing was found in the Albany Avenue storm drain when they assisted in the search.

The new search comes as loved ones prepare for two vigils for Jennifer Dulos tonight, one in New Canaan and one in West Hartford.