BRIDGEPORT – A Bridgeport man, who had his gun holstered while waiting in line at a Subway restaurant was confronted by police earlier this week. When he refuse... 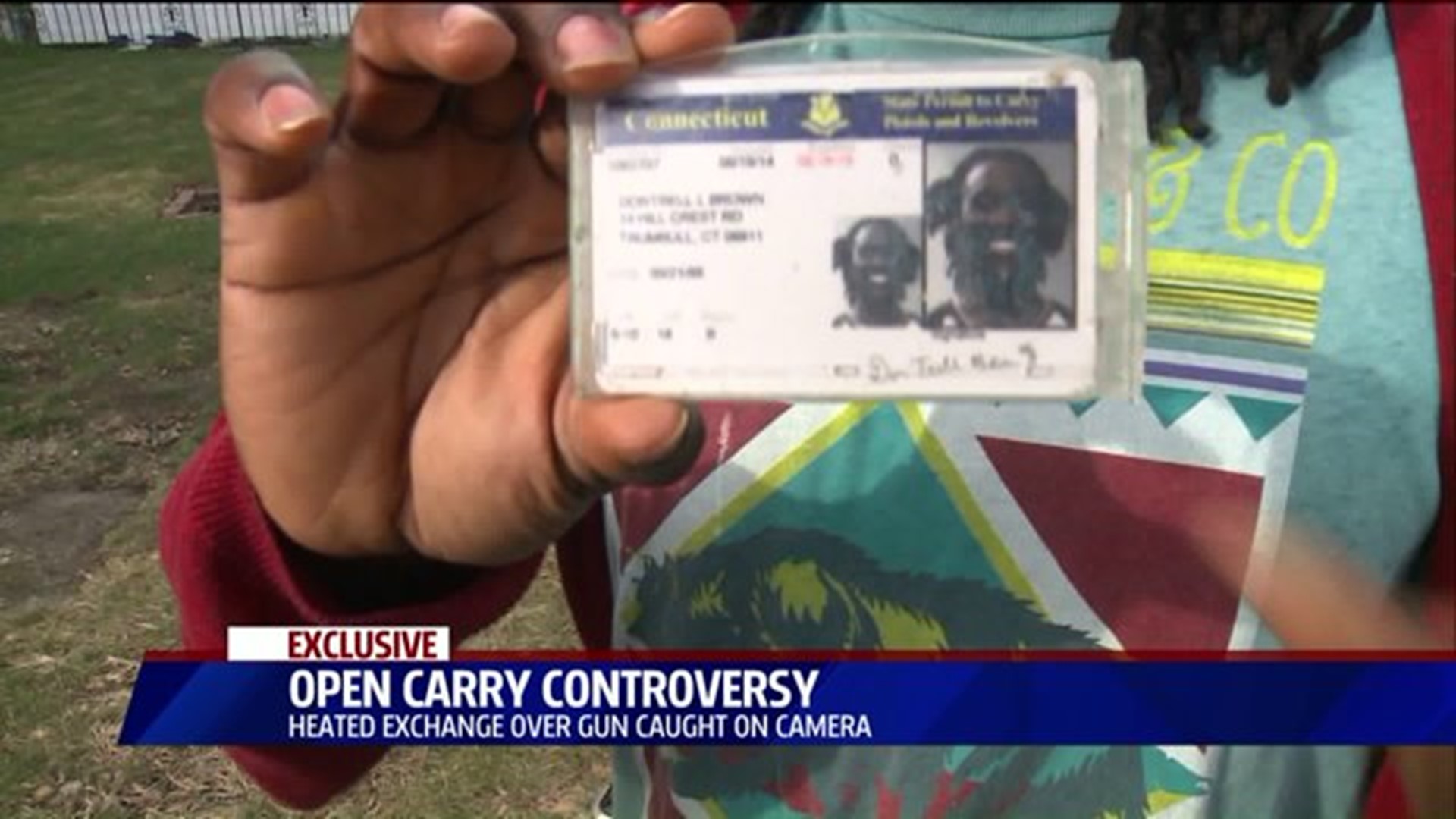 BRIDGEPORT – A Bridgeport man, who had his gun holstered while waiting in line at a Subway restaurant was confronted by police earlier this week. When he refused to produce his permit, it brought new language in Connecticut’s open carry law to the forefront.

A Bridgeport officer who had been waiting in the line before Dontrell Brown noticed a bulge beneath Brown’s shirt and commented about the gun.

But, according to the newly written law, police may only request a permit if there is reasonable suspicion of a crime.

Not so, according to the governor’s top criminal justice adviser.

"If you've got a handgun and you don't have a permit, it's a five-year felony, and the only way for the police officer to find out is to ask for the permit," said Mike Lawlor, undersecretary for criminal justice.

But Riccio says there is case law stating the law cannot be interpreted to mean that the gun holder must show their permit upon request.

"It simply says that it must carry much like drivers of motor vehicles much must carry their licenses," he said.

One Bridgeport city employee told FOX 61 he was glad no arrest was made because there’s still confusion about the law among police and other city officials.

Brown met with FOX 61 in Waterbury, where he was filing a complaint against that police department for a similar incident last year. He says he stopped at the police department to pay a ticket and, with his gun in plain sight, an officer asked to see his permit.

For the record, Brown showed FOX 61 his pistol permit, which he says he always has with him. Brown wanted to make it clear it was not his intention to test the limits of the law. He says he is simply exercising his Second Amendment right.