BRIDGEPORT — A police officer was placed on administrative leave after a video from Friday surfaced of them striking a suspect in the back of the head wit... 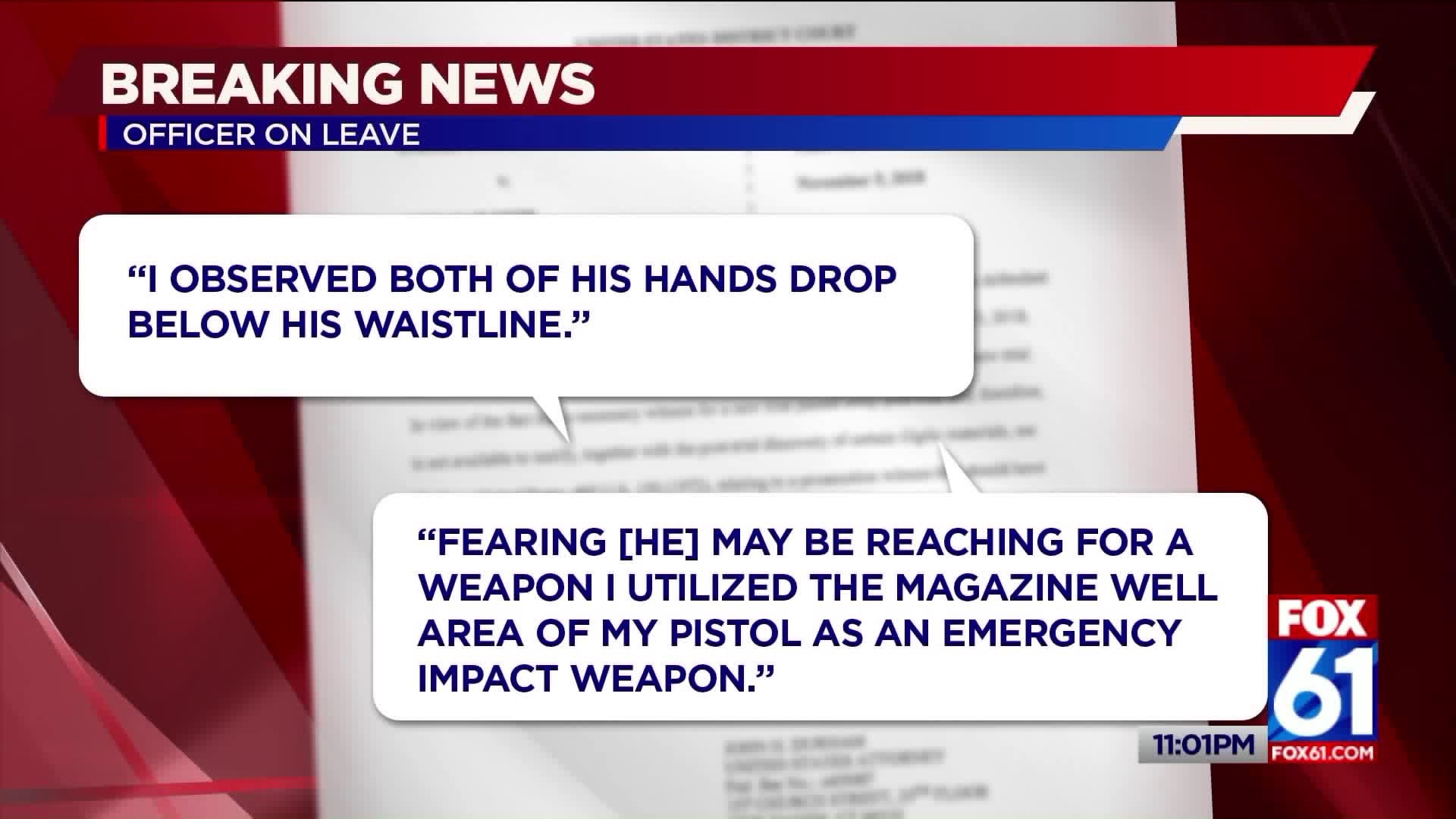 BRIDGEPORT -- A police officer was placed on administrative leave after a video from Friday surfaced of them striking a suspect in the back of the head with their pistol.

The incident report from Bridgeport police identified the officer as Gianni Capozziello.

Officer Capozziello details in his report that he pulled over a stolen vehicle driven by a juvenile. The report, written by Capozziello, said that he yelled multiple times at the juvenile to "stick his hands out the window."

When the juvenile got out of the stolen car, Capozziello said that he "utilized the magazine well area of [his] pistol as an emergency impact weapon." His reasoning in the report was that he feared the suspect was reaching for a weapon when he dropped his hands to his waist.

“As soon as I became aware of the video this afternoon, I ordered the officer to be taken off duty," said Bridgeport Police Chief Armando Perez.  "Following the officer’s dismissal from duty, I instructed Internal Affairs to retain the dashcam and bodycam videos of the arrest scene and to begin an investigation.  Everything that can immediately be done to address this incident, has been done.”