Bristol Board of Education meets to discuss school closings

BRISTOL — The Board of Education in Bristol is proposing the closure of one or possibly two schools at the end of the school year. A special meeting will ... 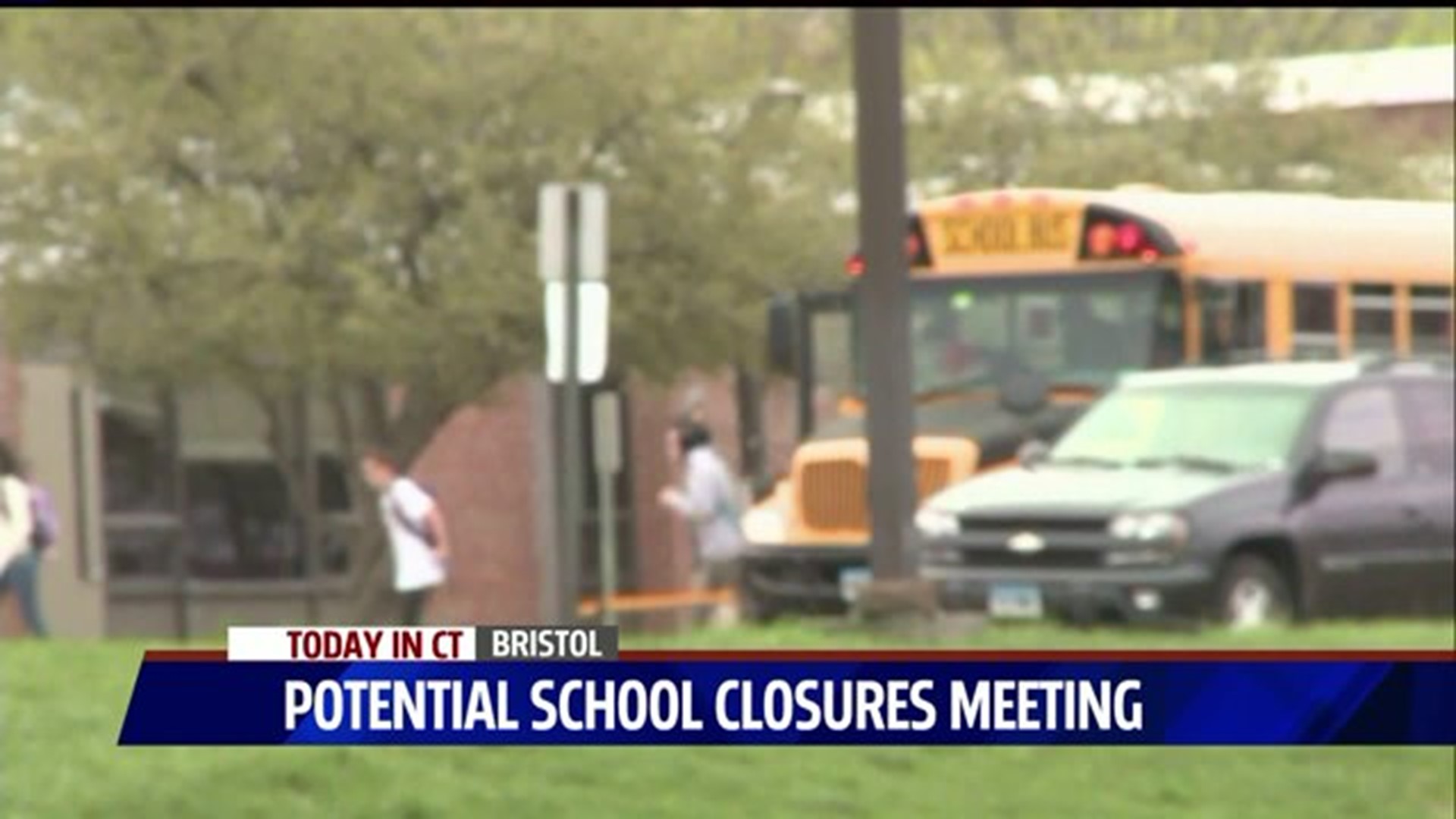 BRISTOL -- The Board of Education in Bristol is proposing the closure of one or possibly two schools at the end of the school year.

A special meeting will be held at City Hall Wednesday at 6:00 p.m. where the Board of Finance will discuss proposed budget cuts in order to meet a smaller-than-requested budget increase.

The school board asked for an increase of around 4.5 percent, which is about $4.7 million more for the district. However, the comptroller proposed an increase of less than 1.5 percent which is a difference of three percent.

Officials haven't said which schools they are considering closing but a Facebook post from a concerned community member said Northeast Middle and Edgewood Elementary are the schools being considered. School officials have not confirmed that information.

According to school board chairman Chris Wilson, closing one school would save $2.1 million and closing a second school saves almost $4.5 million more which would be greater than the amount requested.

Superintendent of Schools Ellen Solek said the closing of one or both schools would increase the class sizes in the remaining schools by three or four students per classroom.

And with the proposed cuts come layoffs, but those exact numbers are not known at this time.