WEST HARTFORD — Hall of famer Jim Calhoun released a statement Sunday in response to the sex discrimination lawsuit that was filed against University of S... 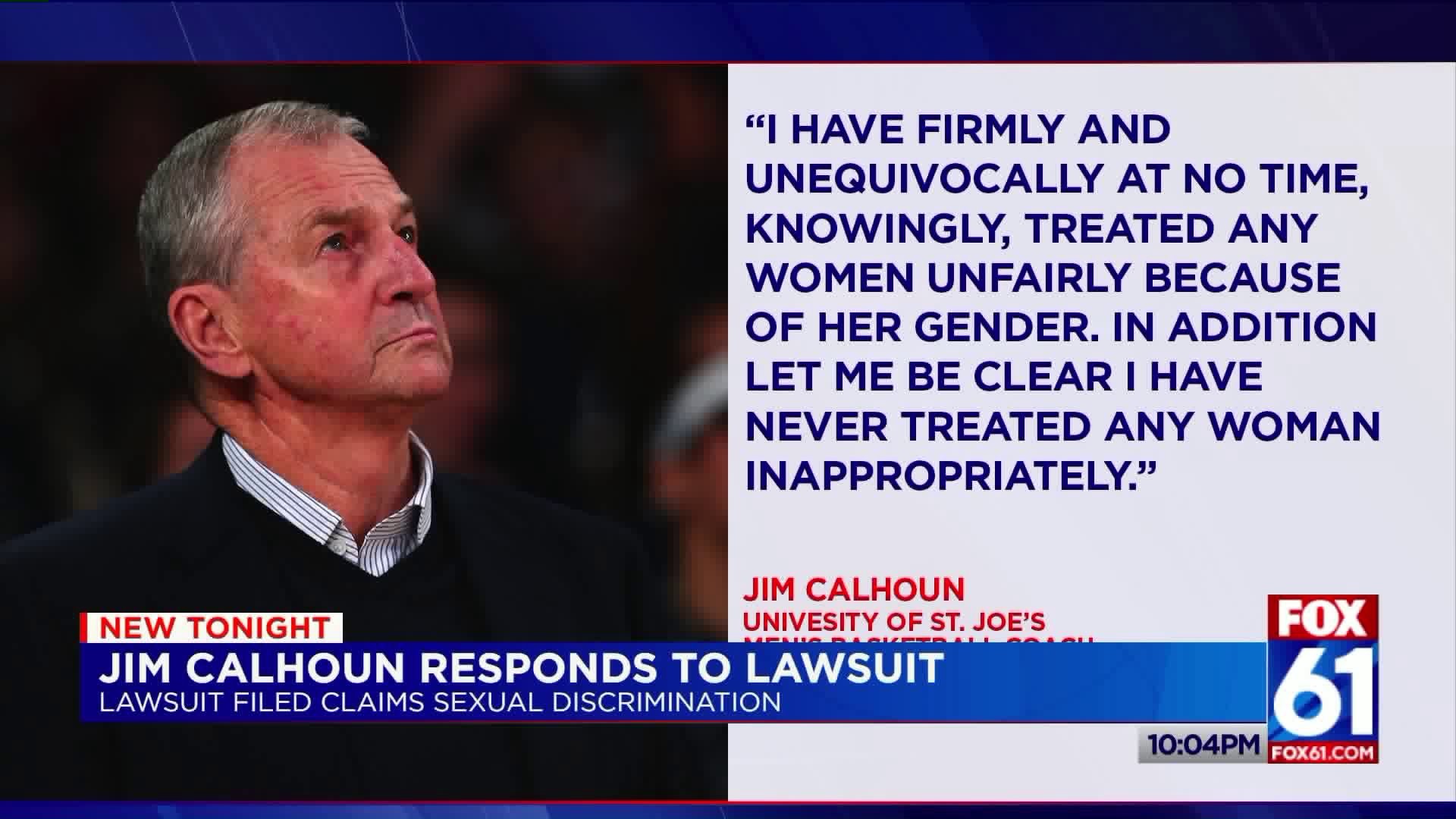 WEST HARTFORD -- Hall of famer Jim Calhoun released a statement Sunday in response to the sex discrimination lawsuit that was filed against University of Saint Joseph Wednesday.

In the statement, the former UConn coach criticized the media coverage of the lawsuit.

"I am angry and hurt that the reputation that I’ve worked so hard to achieve for over 50 years – actually, for more than 77 years - was so easily dismissed and thrown aside in return for headlines or eyeballs or whatever the appropriate term is here," said Calhoun.

The three-time NCAA championship adamantly denied the allegations in the statement, explaining how he has supported women's rights for as long as he can remember.

"I have stood in support for women’s rights and equality for all for as long as I can remember," said Calhoun.  "I spent the last 8 years at UConn proudly working under a president who was a woman."

Piscitelli said the during the 2018-2019 academic year, Ingham regularly failed to write and post post-game stories related to women’s sports in a timely manner, giving priority to men’s sports. Though Defendant’s administration was aware of this, no action was taken against Ingham.

Piscitelli was fired from her position as associate athletic director in June.

The school issued a statement Wednesday that said, "The University of Saint Joseph takes compliance with all matters relating to Title IX very seriously. The University does not comment on pending litigation."