MADISON — Larry Hart, 82, of Waterbury, has spent his summers camping out at Hammonasset Beach State Park since the 60s, so a July weekend projecting feel... 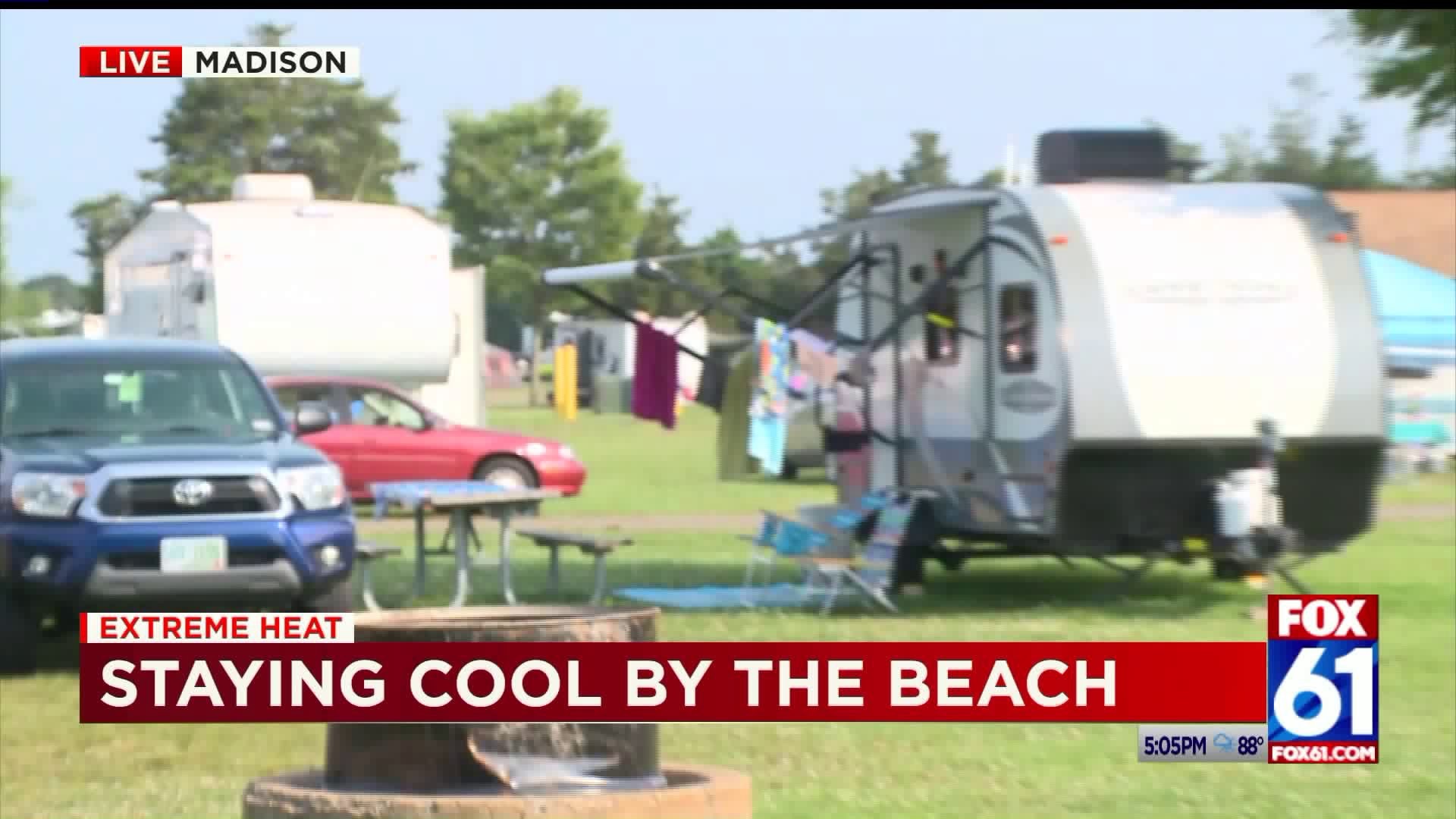 MADISON -- Larry Hart, 82, of Waterbury, has spent his summers camping out at Hammonasset Beach State Park since the 60s, so a July weekend projecting feels-like temperatures in the triple digits does not frighten him.

Hart has a plan.

“I got an air conditioner I can run with my generator," he said, pointing to his camper. "I can put it on high and run it to keep it cool. Also I got three fans inside.”

“I have a tree on my site that I will be under," said Donna Rivera of Manchester. “And I’ll
be at the beach in the water. There’s a nice breeze there so that works out fine.”

Many campground visitors told FOX61 they plan to claim a spot on the sand in the morning because everyone is expecting the beach to be packed as people look for ways to cool off.

“I think we’ll just be at the beach the whole time," said Bridget Lundgren. "Hopefully. As long as we have a breeze and some shade we’ll survive.”

Campers said they are bringing extra sunscreen, hats, umbrellas and tents to the beach. They will also be spending a lot of time in the water.