CANTON — A Canton, Connecticut animal shelter is competing in a March Madness-type tournament and they need your help! Dog Star Rescue began competing in the To... 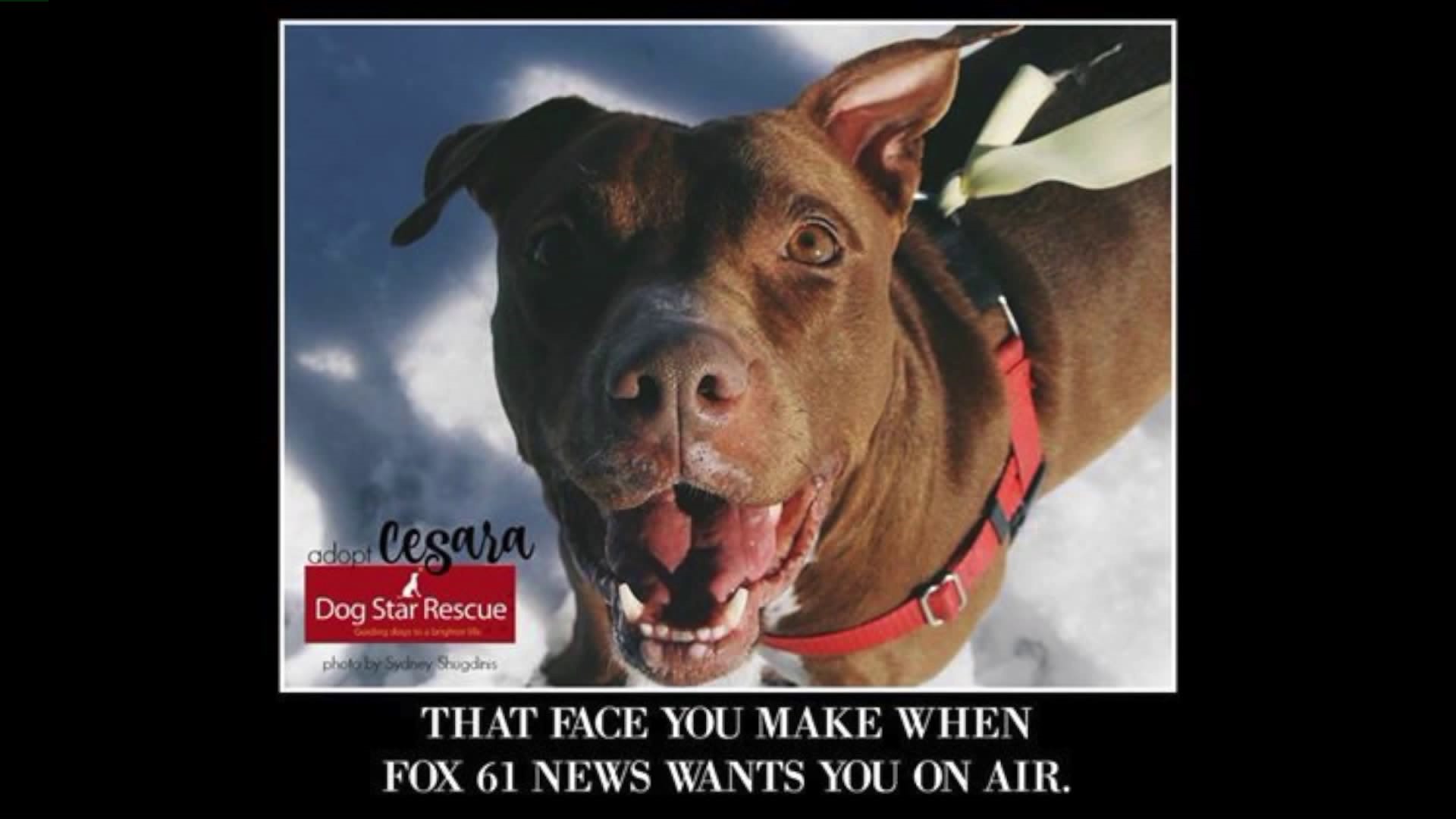 CANTON — A Canton, Connecticut animal shelter is competing in a March Madness-type tournament and they need your help!

Dog Star Rescue began competing in the Tournament of Tails earlier this month. Cesara the dog took on Violet the dog from Pennsylvania SPCA in Philadelphia and won! Then, she went head to head in the “Spirited 16” with Graham the dog from Peach County Animal Rescue in Fort Valley, Georgia, and won again! In the “Eager 8,” Cesara was matched up against Gizmo, a 3-year-old Shiba Inu mix from Canine CellMates in Georgia, and again beat out her competition!

Now, she's in the "Final Fur" against Igoa, a domestic shorthair car from Morris Animal Refuge.

Voting lasts just one day and can be done here. The adoptable pet with the most votes at the end of the day will advance for a chance at the $5,000 grand prize. In total, nearly $11,000 will be distributed to local participating organizations.

If Cesara moves on to the championship, she would face off against either Flora, the Pit Bull from Secondhand Hounds or Riley Roux, a mixed breed pup from Snooty Giggles Dog Rescue.

But most importantly, Cesara is looking for her forever home. Dog Star Rescue said she is a happy and confident dog, with medium to high energy. She's very good around older children but she's not a big fan of cats. Contact Dog Star Rescue if you are interested in adopting her.

Tournament of Tails is your chance to cheer on the shelters — while raising awareness and much-needed funds for the underdogs (and cats!) they serve. Petplan will make a donation to every shelter just for participating, with additional donations for each move up the bracket. Vote for your favorites and check back every day for new matchups!