UNCASVILLE — Last week, as hundreds of classic cars went on the auction block for the Barrett-Jackson auction at Mohegan Sun, new carmakers were showing off the... 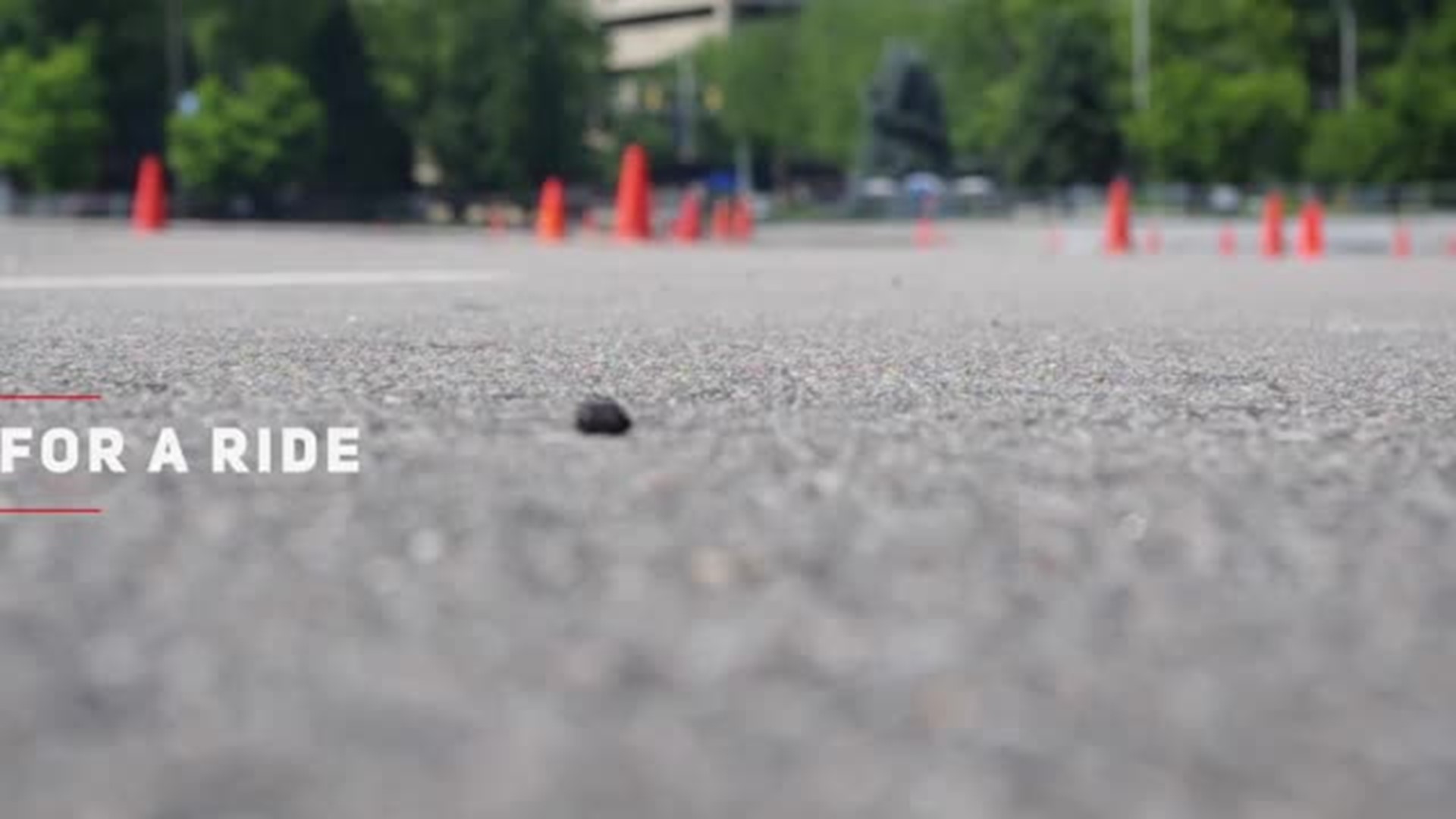 UNCASVILLE — Last week, as hundreds of classic cars went on the auction block for the Barrett-Jackson auction at Mohegan Sun, new carmakers were showing off their latest models to an attentive audience.

Dodge, the performance division of FCA, showed off its powerful cars outside and had a display inside the convention area.

“We have a Red Eye Hellcat, we have the 1320 Challenger which is set up as an entry-level into racing for a consumer. We also have the Hellcat Charger and we also have the Durango SRT SUV which is 475 hp,” said Justin Carson, FCA product specialist

People attending the show could “drive” a drag race simulator. 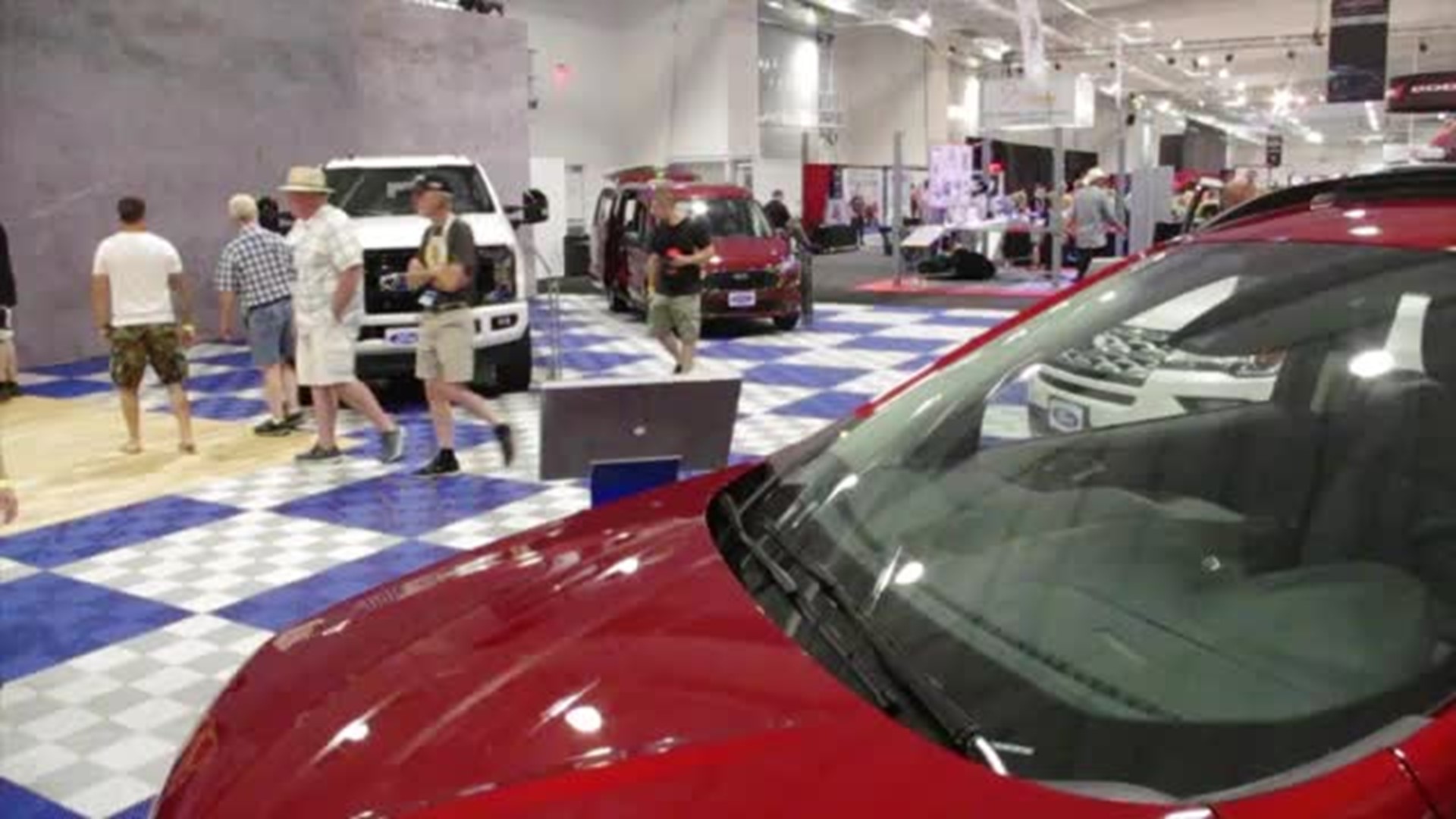 “What we do is we bring out a lot of the vehicles that we’re marketing and we also have thrill ride experience and then we have a simulator… so you can experience what it’s like to possibly feel the vehicle on a set track.”

But why do it at the auction?

Carson said, “A lot of manufacturers are marketing now over the past few years at the auctions nationally, based on the fact that the consumer base is going back into collecting. What they're finding is the newer vehicles are collector worthy. Probably the evolution of the next  generation.”

Nearby, Ford showed off its new high performance Mustang Shelby GT500, equipped with a 760 hp supercharged 5.2 liter engine that goes from zero to 60 in around 3.5 seconds.

“I think everybody knows anything about cars would love the new 2020 Shelby GT500,” said Jim Owens, Mustang brand manager.

Other versions of the Mustang on display included the GT 350 and the Bullitt Special Edition, available in a dark green similar to the car made famous by Steve McQueen in the movie of the same name.

Owens said after living in New England for a number of years, he felt the area was an “underserved enthusiast market.”

He was excited for the partnership with Barrett-Jackson and sees it as a place where car enthusiasts can learn more about Ford’d product line. Those people go home and when their neighbors ask about what car they should buy, they can be brand ambassadors for Ford.

“People who come to a collector car auction are passionate about cars.”

But outside was where the real action was. Crowds signed up for a fast trip around a track laid out in the parking lot. Dodge took potential customers for rides in the Challenger and Charger. Ford had a series of Mustangs and along the way random riders would get a lap in a Ford GT. 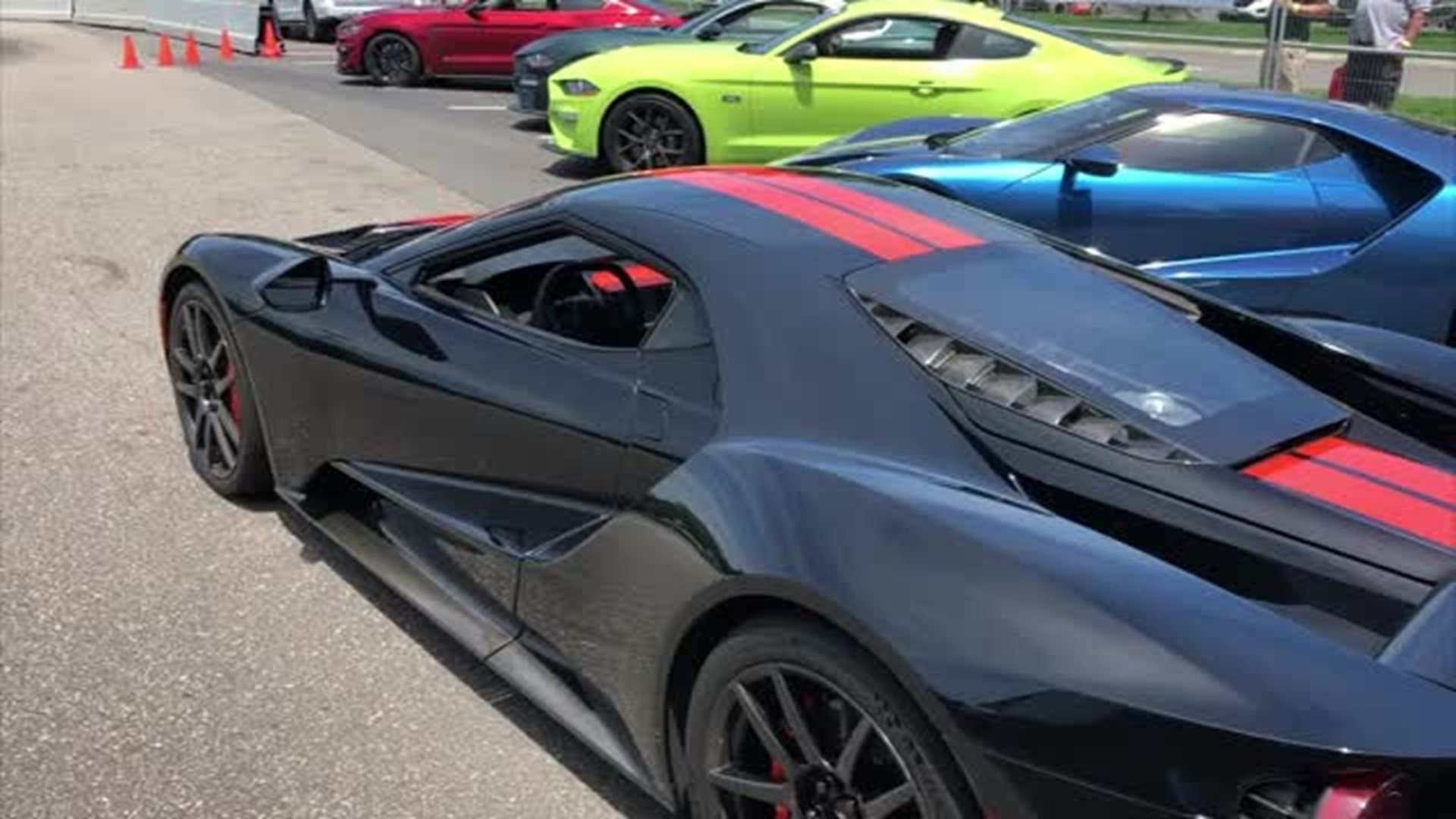 Potential customers waited for the most part under tents for a drive at high speed that lasted less than a minute.

Carson said, “Basically we go through a set a tires every two hours and get a maximum of 14 miles on them.”

“They’re also getting an opportunity to get up close inside look at the vehicle without having to go into the dealership,” said Carson.

Even with the industry changing, and moving away from cars and moving to SUVs, Owens sees cars like the Mustang sticking around. “The Mustang and that sports car segment will always have a place for car enthusiasts, and it’s our job to figure out how we do that and fit the evolving needs.”