Catherine Gregory, the college advisor arrested for taking conservative commentator Lucian Wintrich’s speech from a podium at UConn, had her first court a... 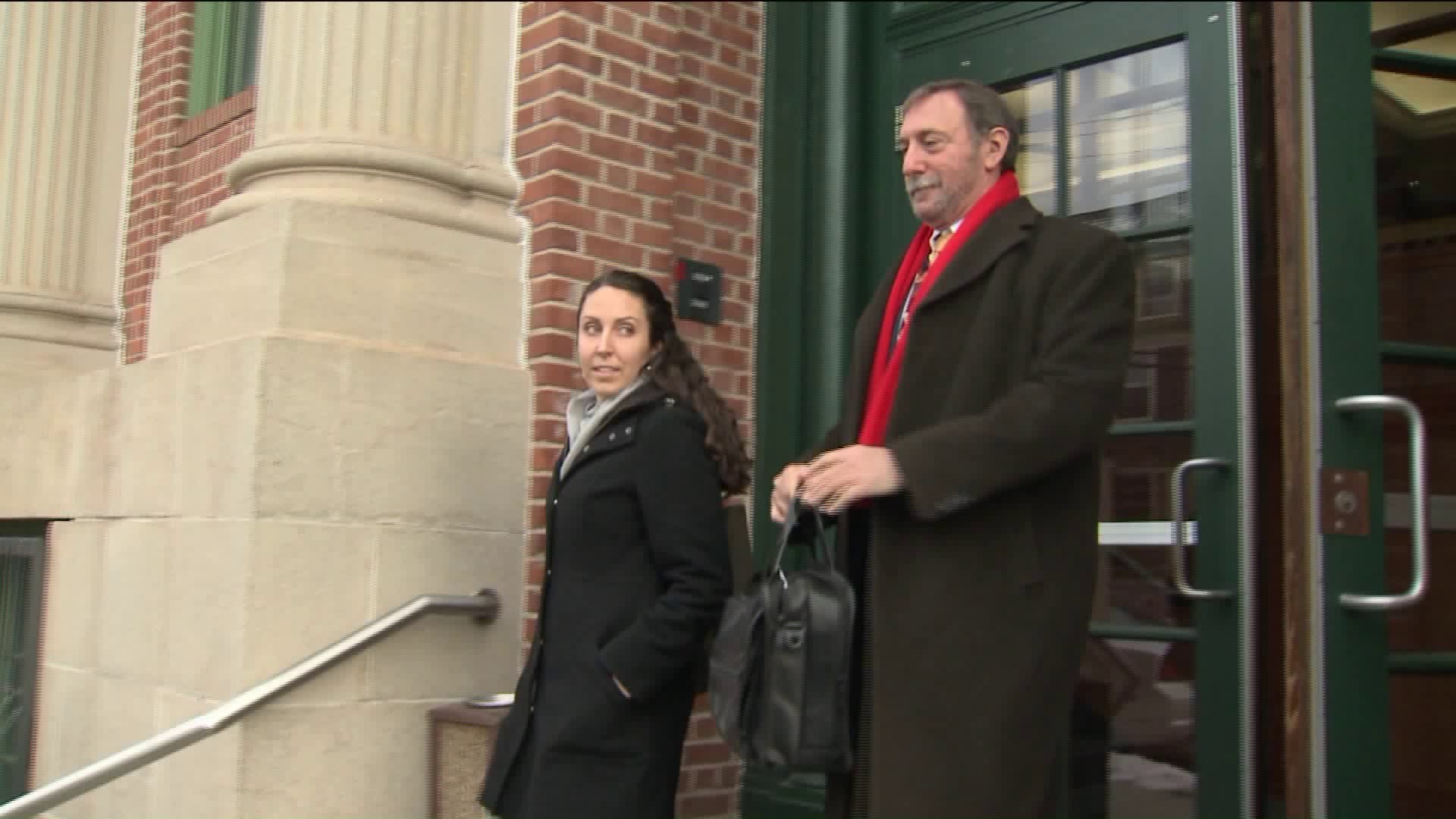 Catherine Gregory, the college advisor arrested for taking conservative commentator Lucian Wintrich's speech from a podium at UConn, had her first court appearance on Wednesday.

Gregory's attorney said her case was granted a continuance. Gregory had this to say to reporters outside Rockville Superior Court: "I just want to thank everyone really around the world for their support and solidarity in the struggle against racism and fascism," said Gregory.

Gregory was arrested Sunday, charged with disorderly conduct and attempt to commit larceny. Gregory is accused of stealing Wintrich's speech off a podium during his visit to UConn on November 28. UConn College Republicans invited Wintrich to deliver a speech called 'It's Okay to be White.'

Cell phone video shows Gregory approach the podium and grab Wintrich's papers, which Wintrich then went to grab back. Wintrich was arrested for Breach of Peace - a charge dropped on Monday.

Gregory, an adviser at Quinebaug Valley Community College in Danielson, is now out on paid leave, according to police records.

Schoenhorn told reporters outside court that he does not believe Gregory will be found guilty.

"What occurred at UConn while Wintrich was speaking went to specific insults invective against individuals, based on racist statements and homophobic statements," said Schoenhorn. "And we intend to defend and demonstrate that it justified the actions of Miss Gregory."

Gregory is due back in court on January 9.