CBD: What you need to know

UNCASVILLE — From convenience stores to health food shops, CBD is popping up on shelves across the state of Connecticut, the country and the internet, but... 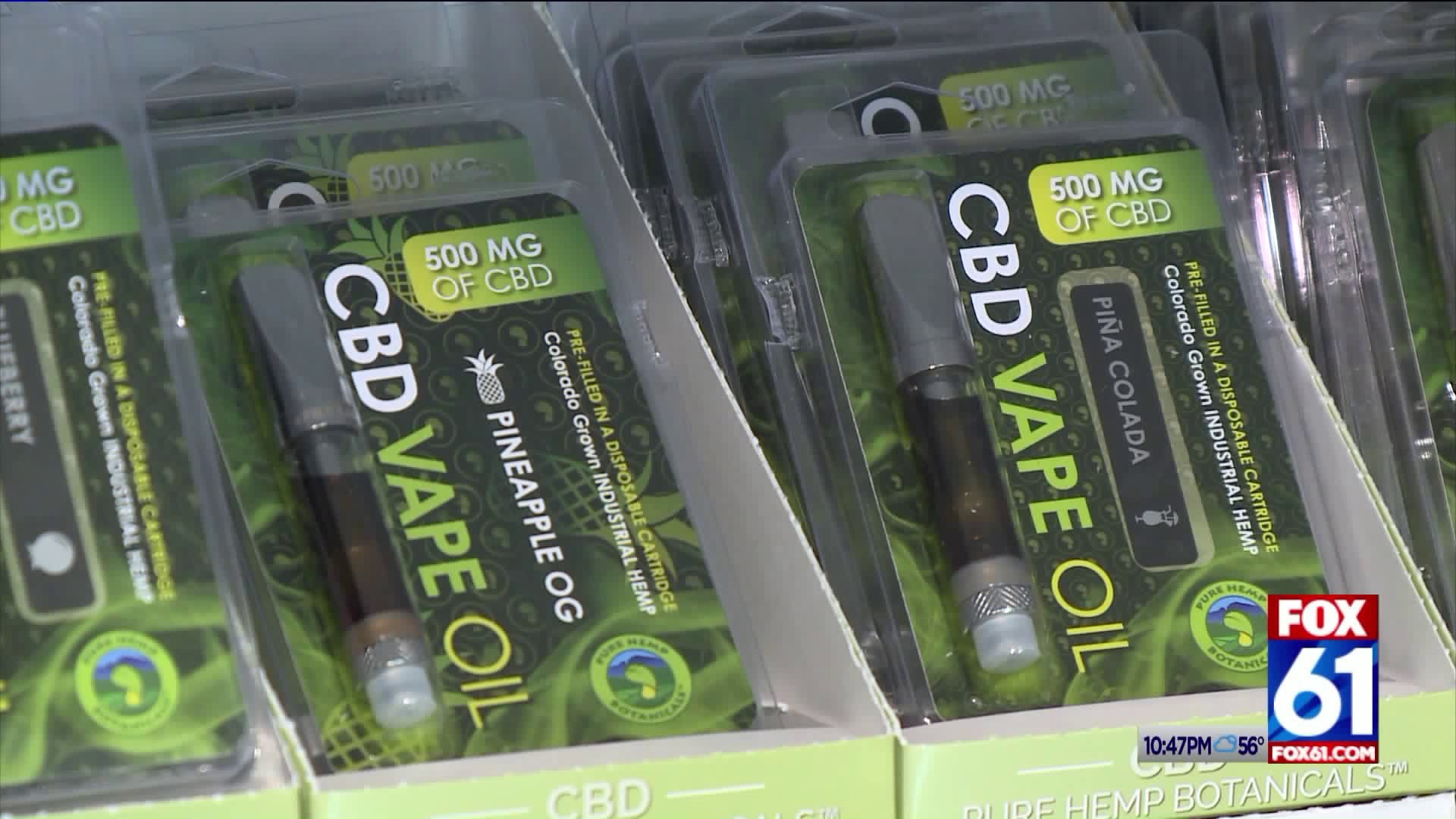 UNCASVILLE -- From convenience stores to health food shops, CBD is popping up on shelves across the state of Connecticut, the country and the internet, but it seems to be somewhat of a mystery.

“I don’t know what it is!” said Igor Visgird of West Hartford.

“I think it has something to do with being a derivative of cannabis?” wondered Tom Thornton of Hartford.

“I’m starting to see it pretty much everywhere,” said Cody Murphy of Enfield. 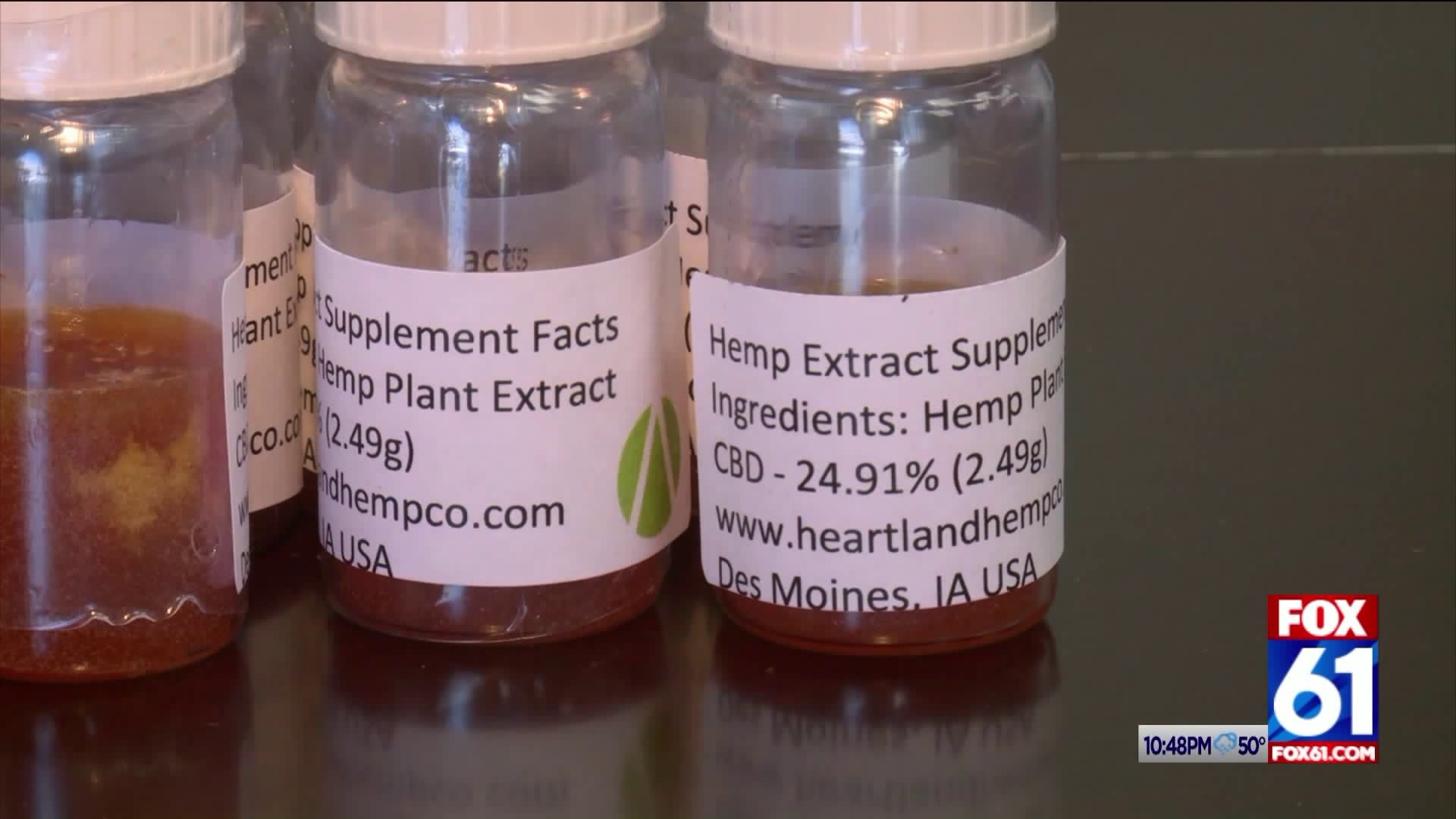 CBD can be derived from the cannabis plant, more commonly known as marijuana, or from the hemp plant. President Donald Trump and Congress legalized hemp with the 2018 Farm Bill, which helped to increase the popularity of the production of hemp-derived CBD, and that is why CBD is having a bit of a moment.

“CBD has been used for thousands of years,” said Uzma Zakir, a pharmacist at Compassionate Care Center of Connecticut, a medical marijuana facility. “It’s nothing new for humans, it’s just new right now because of our legal issues.”

The CBD products found in medical marijuana dispensaries in Connecticut come from the marijuana plant, which means there are trace amounts of THC, but not enough to make users feel high.

“CBD is a component of the cannabis plant. It has many different components, but CBD specifically is not psychoactive so it doesn’t change brain chemistry to the point of cognitive impairment,” said West Hartford Doctor Corey A. Jaquez. “In our brains, we have receptors specific to cannabinoids -- multiple compounds found in the cannabis plant.”

“Ours are tested for heavy metals, molds, toxins and pesticides,” said Emmett White, a patient liaison at Compassionate Care Center of Connecticut. “With the CBD you’re getting over the counter, it’s not cannabis-derived, it’s hemp-derived, meaning it’s mostly from pressed stocks, seeds and oils. It’s not the full spectrum of the plant. You’re not getting all the essential oils, which is the medicine.”

“I would ask the company for testing for that product,” said Domeika. “If there is CBD in there, they will provide that testing. You’ve just gotta be careful about what’s out there before just buying something on the internet.”

Experts have said that CBD can be used for a whole slew of medical ailments from insomnia to chronic pain.

“I have really bad migraines and it helps,” said Dawn Norris of Norwich.

Norris said she has been using CBD for the last few years to control her headaches. She takes one hit of a vape pen once or twice a week.

“CBD is like taking a Tylenol, only better,” she said. “CBD works.”

“I have really bad carpal tunnel so I wanted to come in and try something and see if it would work for me,” said Michelle Tulli of Uncasville.

Tulli is one of many customers who has stopped by Arcadia Smoke Shop in Uncasville to purchase CBD. The shop is affiliated with Thames Valley Relief, a medical marijuana dispensary next door.

“I don’t have to take my Xanax anymore,” said another customer.

Dr. Jaquez said he has had countless patients come to him determined to get off of their benzodiazepines, or “benzos,” such as Xanax.

“I don’t like benzos,” said Jaquez. “Benzos, while being incredibly effective at reducing anxiety, they have a fair amount of risk involved. They’re pretty addictive drugs and withdrawals from benzos can be very intolerable, miserable actually.”

Jaquez said many of his patients who have weaned themselves off of their benzos have done so by using CBD instead. First, he said, his patients find they are able to sleep through the night.

“As a function of getting better sleep, they don’t need benzos and the anxiety is better controlled,” said Jaquez. “The brain is better rested and they can deal with the stressors of the day.”

There are numerous ways to take or use CBD and the effects can vary. Some people prefer infused fruit drinks and treats, others like body lotions for aches and pains, some use oils and many like to smoke vapor.

“When you smoke, the effect is almost instantaneous,” said Jaquez. “If you swallow, there’s a delay -- an hour, an hour plus sometimes. On the back end, smoking will typically last four hours, whereas anything eaten or ingested will last up to six hours.”

He said it is all about preference, lifestyle and goals.

“It’s hard to medically endorse anything smoked,” Jaquez said. “ But if a patient is going say to me, ‘Listen doc, I would rather smoke CBD once a day or once every other day than take a xanax twice a day,’ I sort of understand that argument.”

For many patients, CBD has proven to be helpful but it is not a miracle substance.

Nevertheless, young professionals and veterans alike are giving it a shot.

“Things aren’t working with the doctors so we figured, hey, we’ve heard about it,” said Robert Besade, a Korean War veteran of Uncasville. “My legs are bothering me too so I’ll probably use it. I’ll try it out.”

Before you choose to experiment with CBD, medical experts say it is best to first consult your primary care physician.

While there is still a lot of debate about the science and legal gray areas, experts predict that hemp could grow into a $20 billion industry by 2020 if it continues at its current rate.