MIDDLETOWN –A Connecticut college professor, who has constantly failed to stay out of trouble, said he will continue to reach out for help and plans to go... 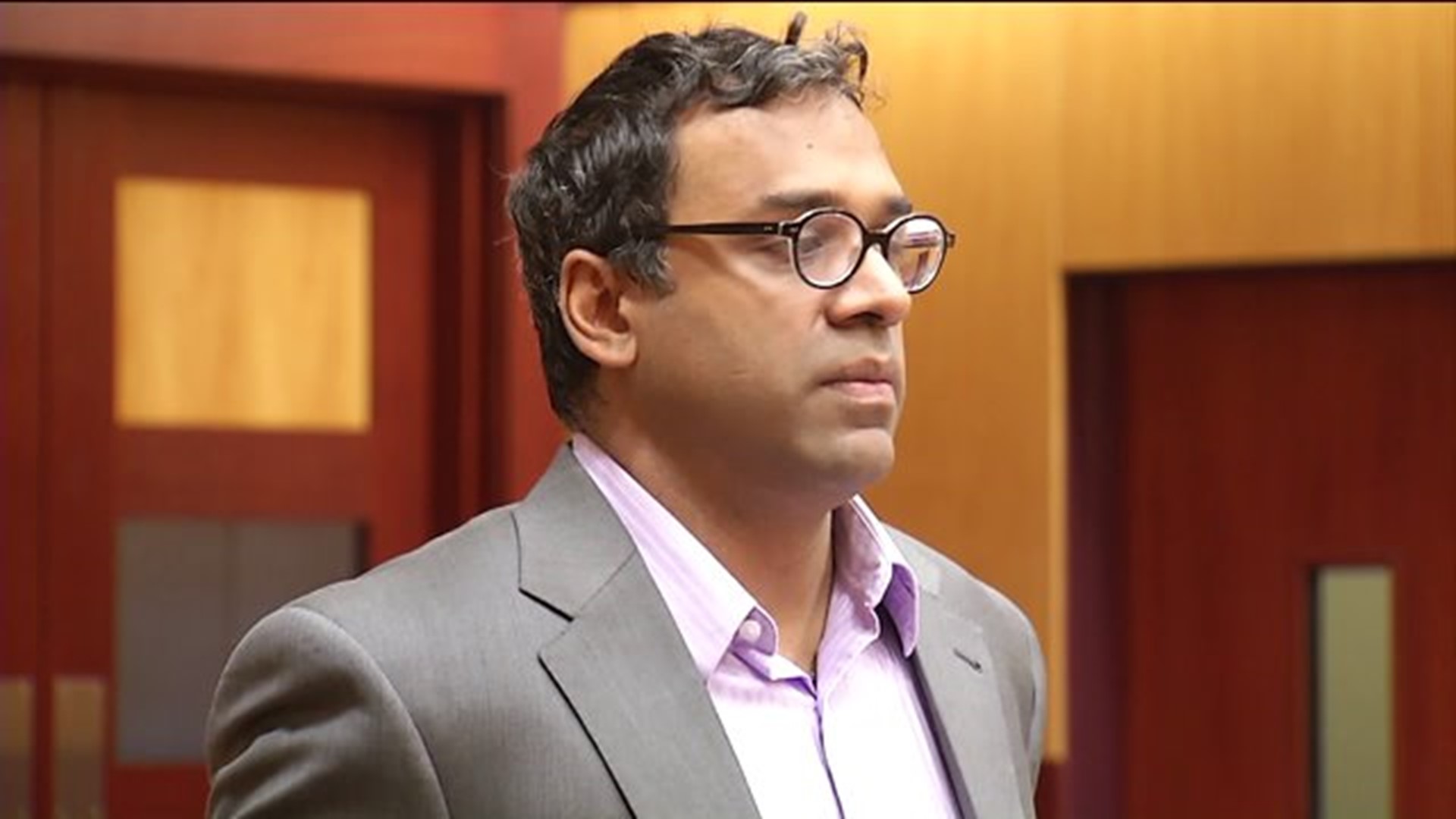 MIDDLETOWN --A Connecticut college professor, who has constantly failed to stay out of trouble, said he will continue to reach out for help and plans to go forward with integrity.

Ravi Shankar, 40, made that comment after pleading not guilty at Middletown Superior Court to larceny in the fourth degree.

The charge stems from a July arrest when police said Shankar took merchandise off store shelves at a Middletown Home Depot and then returned it to try to swindle $1339.75 in store credit.

Shankar was placed on administrative suspension without pay earlier this month.

The arraignment Wednesday, comes after he did not show up to the original one scheduled for Aug. 12.

After coming out of court, Shankar said to his students, "Compassion and clarity for all creatures."

When asked outside court how important teaching is to him, Shankar said, "It's crucial, it's part of my existence, it's my calling."

This was Shankar's third arrest in the last year. In December, he was arrested twice–once for driving with a suspended license, and once for evading responsibility for an accident that he fled from. Both of those cases are still pending.

This arrest stems from an incident in July in which police said Shankar stole over $1,300 of merchandise and then tried to return it for store credit.

On July 29, the school said that he was suspended without pay and his position at the university is pending the results of an investigation into the charges against him. CCSU said the school made that decision “after about a week’s worth of consideration.”

The Central Connecticut State University poetry professor has served time in the past for several other crimes he committed, including two DUIs, operating with a suspended license, reckless driving over 85 mph, interfering with police, giving police false statements in a credit card fraud scheme and violating his probation.

He served a 90-day sentence broken up into several periods, during which time he was promoted to get full tenure, which sparked controversy. Shankar has worked at CCSU for more than 12 years as a poetry and creative writing professor.

State Sen. Kevin D. Witkos, who represents the district in which CCSU is located, wrote a letter to the president of the university, Dr. Jack Miller, asking for the school to initiate termination proceedings against Shankar.

“He’s supposed to be a leader of the young minds in our state. I just felt that enough was enough,” said Sen. Witkos, “He’s been given every opportunity by the university and it’s time that somebody asks for his resignation and that would be me.”

He pointed out that the fact that Shankar was promoted while incarcerated has led to the state legislature working on a new bill that makes professors’ conduct out side of the classroom applicable to promotion and tenure decisions. Currently, the collective bargaining agreement for professors in the state university system states that the only criteria for promotion is how the professor teaches and operates in his or her field, and how many years he or she has been a teacher.

Witkos also points out that one of Shankar’s previous convictions, for credit card fraud, was related to his using school equipment and stealing from school funds. The case was investigated by the school police department.

Witkos says the decision to suspend Shankar was an appropriate first step.

He said, “I applaud them for taking this action. It’s been a long time coming, but we’re actually moving in the right direction and I’m convinced that once the investigation is concluded the facts will show that he should be terminated.”