SHELTON — The Artes family is whole once again. After 5 weeks of searching the family has been reunited with their one year old bulldog, Charlie. Charlie ... 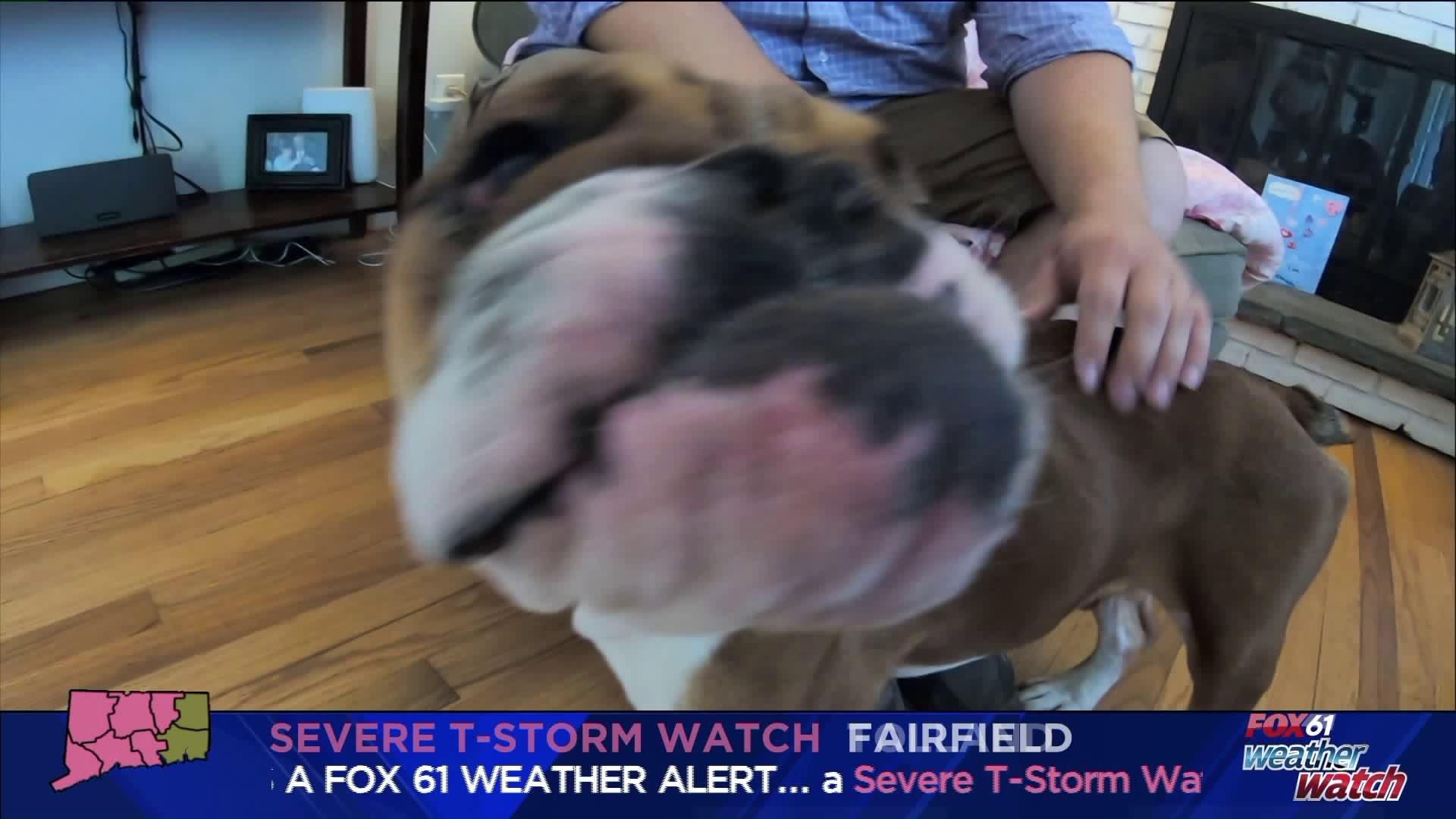 SHELTON -- The Artes family is whole once again.

After 5 weeks of searching the family has been reunited with their one year old bulldog, Charlie. Charlie ran away at the Shelton fireworks back in July after getting spooked by the fireworks and slipping out of his harness.

On Wednesday afternoon John Artes got a phone call which he suspected to be just another call, until the voice on the other end said, they found Charlie and they were looking right at him. Charlie had traveled to a reservoir in Shelton behind a couples house.

The Artes family saying “It was 2pm yesterday my daughters in the living room, I get this call its a girl and she says, "Hi are you still looking for Charlie and I said yeah, there’s been this photo going around of a dog in Naugatuck, so I figured it was going to be, oh I saw a dog in Naugatuck, and she said, we just found Charlie he’s in a ravine in Shelton my boyfriend he’s looking at him right now we just called animal control.”

The family reunited with Charlie at Aimee’s family’s home Wednesday evening. The two daughters are thrilled. Charlie lost a significant amount of weight in the 35 days he was missing, but doctors say it could have been a lot worse,