CHESHIRE – A Cheshire man facing multiple charges in the stabbing of his wife, will likely face additional charges now that she has died. Monica Dominguez... 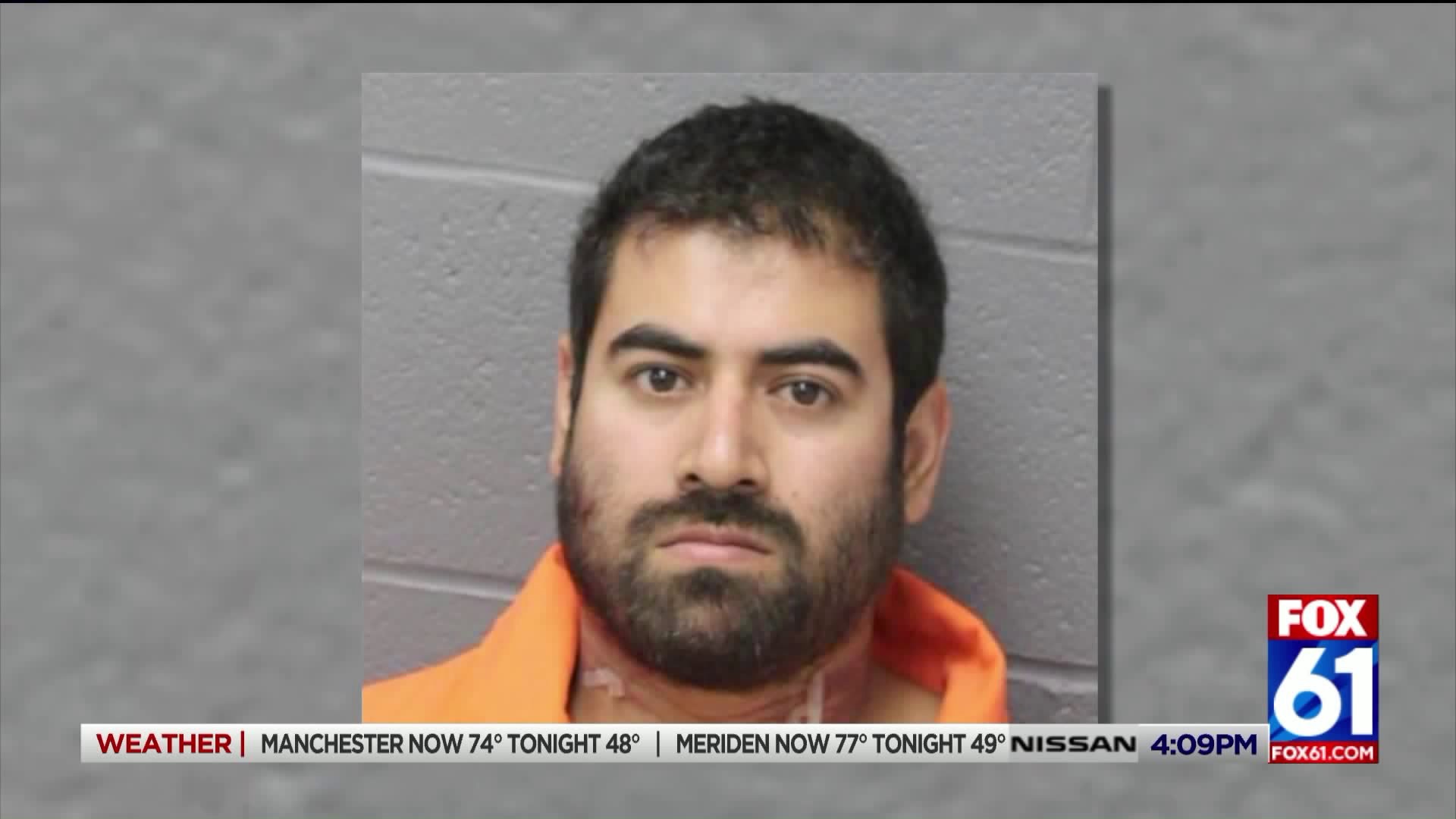 CHESHIRE - A Cheshire man facing multiple charges in the stabbing of his wife, will likely face additional charges now that she has died.

Monica Dominguez succumbed to her injuries Sunday morning at Saint Mary’s Hospital in Waterbury, but the victim was able to speak with police shortly after being stabbed roughly two dozen times.

Police said the 11-year-old son of the victim told them that he witnessed his stepfather choking his mother as this nightmare unfolded.

Last Wednesday evening, just before 9 pm, neighbors of the relatively new residents, of 780 Mountain Road, could not believe what they saw.

“Suddenly, there were blue and red lights and police car after police car and then an ambulance and and it just didn’t stop,” said Leah Sanders, who has lived across the street from this residence for 54 years.

Police received two 911 calls from the same number. The caller said nothing, but police could hear a young boy crying. So, they rushed to this house.

The officer was able to see through the windows of the home that there was an incident that had occurred,” said Cheshire Police Lt. Michael Durkee.

According to the arrest warrant affidavit, the officer observed a large amount of blood on the foyer walls and floor and could hear moaning. Then, the suspect let them in.

“From there, the officers did a quick sweep of the house to make sure there was nobody else inside,” Durkee said. “He did have two individuals on the floor with lacerations.”

The injured: Monica Dominguez, who sustained between 20 and 30 stab wounds, and her husband, Emanuel Dominguez-VillaGomez, who, according to the arrest warrant affidavit, told police, “We argued. She grabbed knives. She had it and I just went crazy.“

She allegedly told police her husband tried to kill her because “he say I cheated on him.”

Police arrested Dominguez-VillaGomez on multiple charges, but then his wife died Sunday morning, leaving an 11-year-old son and nearly 2-year-old daughter behind.

“I hope that they have some caring relatives you know that can fill-in,” Sanders said. “But, nothing is ever going to take away the trauma.”