REDDING – The Chief Redding Police Department has been put on paid leave following a lawsuit claiming he and other officers were negligent in their actions when... 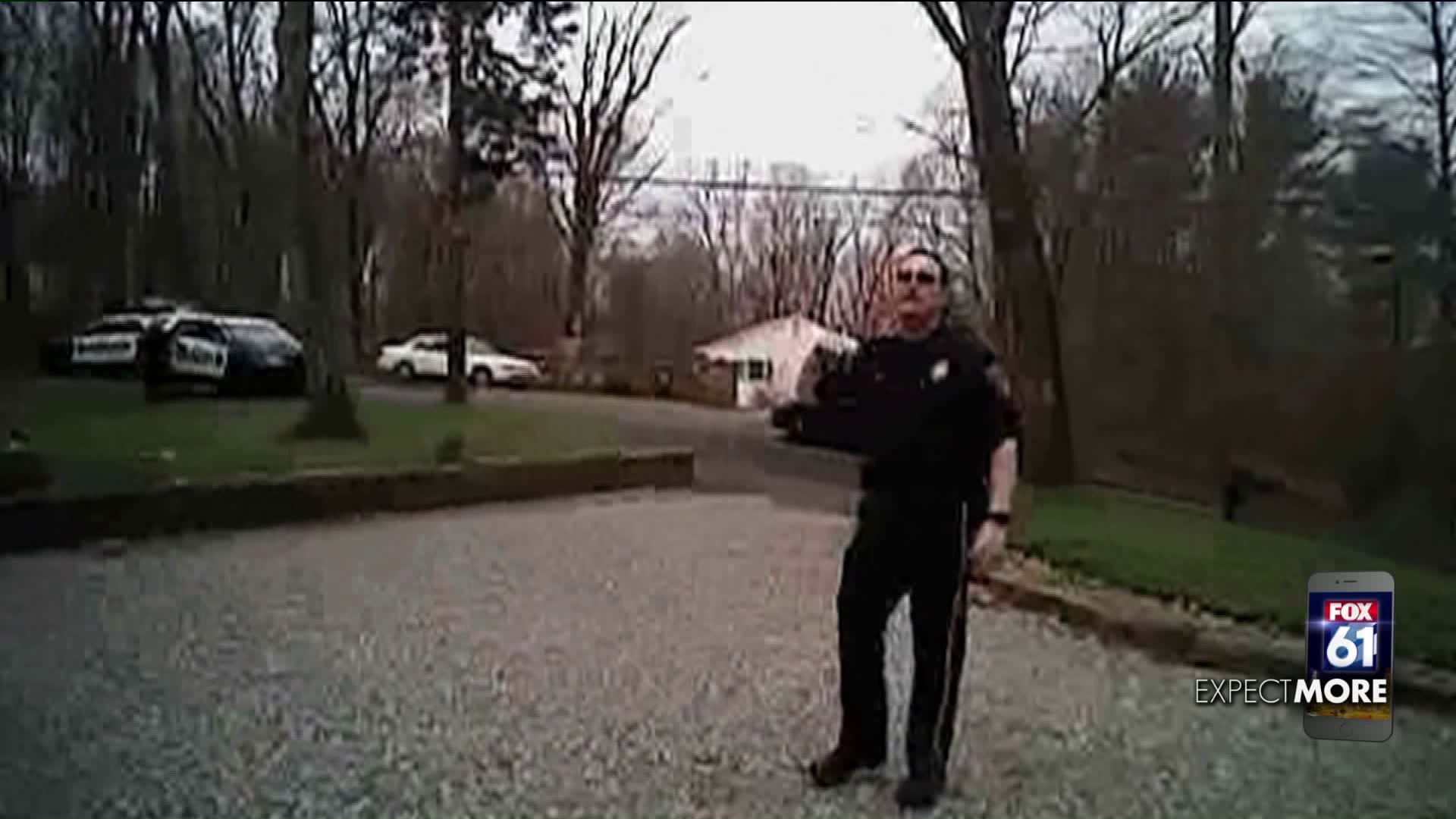 REDDING – The Chief Redding Police Department has been put on paid leave following a lawsuit claiming he and other officers were negligent in their actions when responding to a suicide.

The 200-page lawsuit claims officers failed to follow standard protocol while responding to the apparent suicide and also waited too long to check if the victim was alive.

The lawsuit was filed on behalf of the family of Peter Valenti III against the town of Redding with the police department, police chief, officers and dispatcher involved.

“On April 11, 2016, at the time Peter Valenti III was found hanging in the shed at the Valenti residence by members of the Town of Redding Police Department, he was alive,” the lawsuit states.

His friends knew he was struggling. About a month prior, his wife Paula died from an asthma attack leaving him a 32-year-old widower with a 15-month-old son. They called 911 soon after the text.

Stephen Peterson was the 911 dispatcher who sent Redding Police to the scene at 11:14 a.m. The lawsuit points out that he did not dispatch emergency medical service at the time.

Redding Police Sergeant Peter Quinn and Officer Jenna Matthews arrived at the home around 11:21 a.m., and could be seen on body camera footage wandering the property looking for Valenti. About four minutes after their arrival, Police Chief Douglas Fuchs and Captain Mark O’Donnell joined them.

According to the lawsuit, the officers walked past the shed six times before checking the door.

“Holy s***, look in there-there’s a f****** dummy hanging by a noose,” Officer Matthews could be heard saying on body camera when they checked the shed.

Matthews realized it wasn't a dummy and told Chief Fuchs was “pretty sure,” it was real,” and that she “just found the body.” This was more than seven minutes after their arrival.

Captain O’Donnell asked Chief Fuchs then asked whether they should “cut him down".  Chief Fuchs directed against that, then asked if Valenti was “definitely dead." Matthews responded, “Well I mean I thought it was a dummy, it looked like he was gone.” The lawsuit states this could be heard on body camera footage.

The lawsuit also notes that Redding Police officers are trained at the Emergency Medical Responder level and their vehicles are equipped with AED’s, Oxygen and other essentials.

At around 11:31 a.m., Chief Fuchs told the officers that with two parents deceased, this was now a major crime scene.

At the same time, Georgetown Volunteer Fire Department was requested to respond with an ambulance.

At approximately 11:35 a.m., the ambulance showed up but police told them not to pull into the driveway. According to the lawsuit, the EMT was denied permission to enter the property and provide Valenti with medical care because it was a “crime scene.” He gained access at over 10 minutes later.

When the EMT and paramedic attached a portable heart monitor to Valenti, it showed he had still had heart activity.

Valenti was taken to Danbury Hospital and was taken into physician care just after 12:30 p.m., and was pronounced dead 5 minutes later.

The Georgetown EMS report from the April 11, 2016 incident documents paramedics not being allowed onto the scene to check on Valenti. When asked if they could go in, Chief Fuchs reportedly said no because it was a crime scene. Once eventually allowed in, medics report finding Valenti had "electrical activity" and immediately began resuscitation, which proved unsuccessful.

The next day, EMS Captain Sean Morris sent an email to Georgetown Fire Chief Michael Heibeck and Georgetown Fire Commissioner Jim Mecozzi, documenting "a major delay in care of about 13 minutes." Morris added that Chief Fuchs was "not allowing me to do my job because 'it was a crime scene and obvious death.'"

Morris's email then prompted Commissioner Mecozzi to send a letter to Redding First Selectman Julia Pemberton. Mecozzi wrote in part, "This raises the question, 'what was the patient's condition 15 minutes prior,' and if interventions at the EMT level had been started sooner would the outcome have been different."

Text messages from Commissioner Mecozzi to First Selectman Pemberton that day also discuss the incident. Mecozzi texted, "My gut says this could be a dicey decision on the Chiefs part," and "Let's hope it just goes away quietly."

"It's clear that the Georgetown Fire Chief, Fire Commissioner knew what kinds of deviations from protocol had occurred," said Gayle Sullivan, attorney for the Valenti family.

The lawsuit also points out concerns that during the response, one officer’s body camera was turned off for some time and another put his jacket on, obscuring the view from his camera.

Redding First Selectman Julia Pemberton said Chief Fuchs was placed on paid administrative leave effective October 30, while the town conducts an investigation into his handling of the emergency call and the actions subsequent to such call.

“I want to reassure the public that in the Chief’s absence, the Redding Police Department is fully prepared to serve the people of Redding as they always have. Due to the nature of the investigation no further comment on the specifics of this matter can be made at this time. If any citizen of Redding has questions or concerns please contact me and I will do my best to address them within those parameters.”

You can read the lawsuit here.