BRIDGEPORT — The United Congregational Church of Bridgeport may have experienced some divine intervention this week. A nearly 100-year-old ceiling in the ... 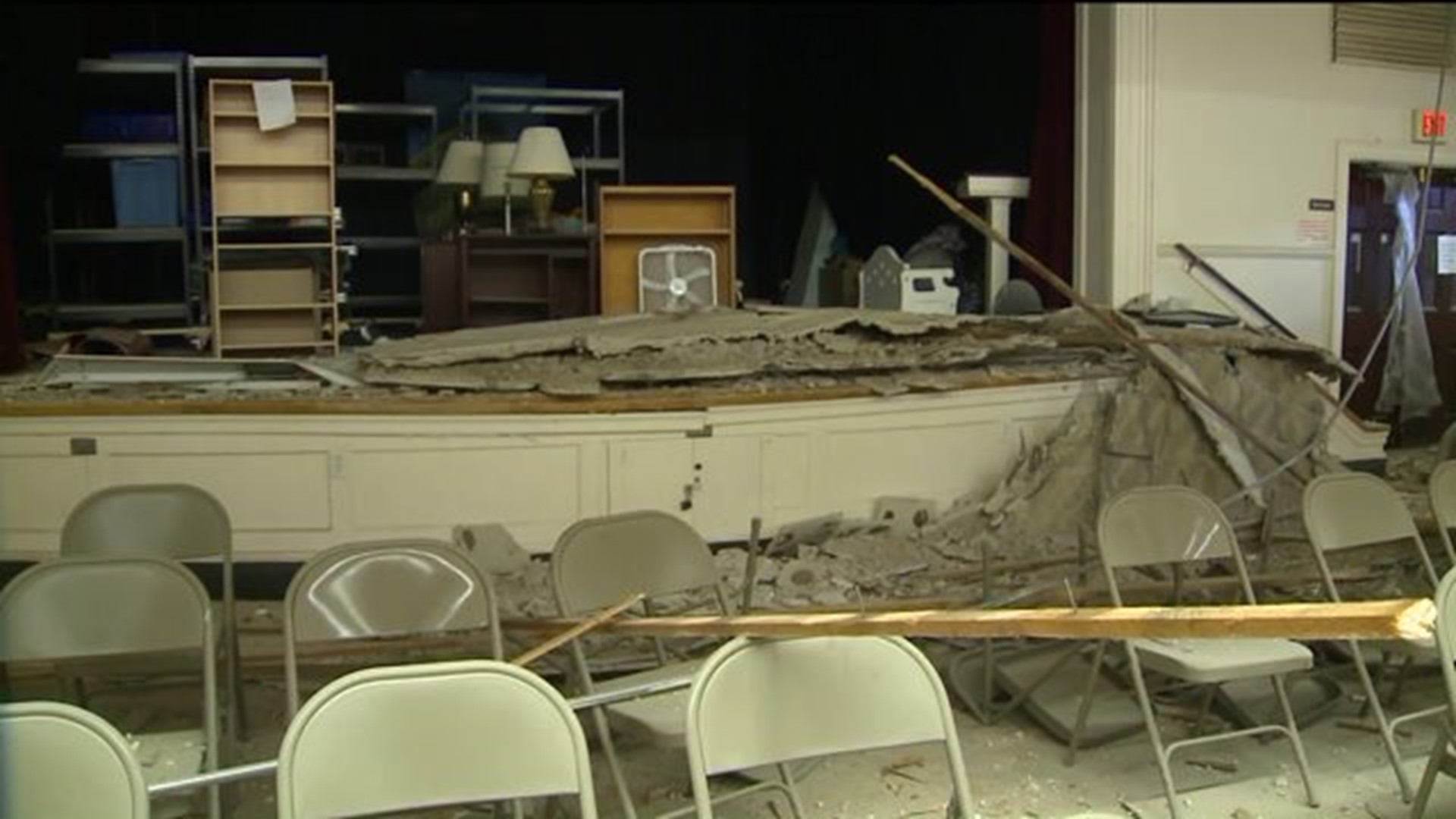 BRIDGEPORT -- The United Congregational Church of Bridgeport may have experienced some divine intervention this week.

A nearly 100-year-old ceiling in the church's fellowship hall collapsed early Monday morning. Fortunately nobody was injured. But, the piles of tiles is a reminder of what could have been.

"If we had 12 hours before we would've had our Sunday school kids sitting there and our youth group and 12 hours later, it would've been our emergency shelter," said Rev. Sara Smith, the Senior Minister.

Not having use of Pilgrim Hall or connecting rooms for a month or more is a bit concerning because it houses their soup kitchen, emergency shelter, and food pantry, according to Smith.

The church runs 20 different outreach programs in and around the hall.

"Even though we can't use our kitchen right now, we fed people bags of groceries yesterday," said Smith. "We're going to feed them a hot meal tonight and we're just gonna figure it out."

The UCC of Bridgeport feeds thousands every week.

"We got about 98,000 pounds of groceries last year. We have the only domestic violence food pantry for victims," she said proudly.

With the area off-limits for now, the church's staff has removed the pews from a small chapel so that the homeless have a place to sleep.

"We are the only overflow shelter. So, we are going to carry-on. We are the pilgrims! Nothing stops us," she said.

"I'm not doing funerals this week. That's what I'm grateful for," she added.

The UCC, which Smith says has far too much space for a congregation of 300, is in the process of selling their building to the Bridgeport Islamic Center. But the two entities will work together to continue to run all of the outreach programs from the same building.