MERIDEN — It’s a race against the clock to fix a massive sinkhole that’s growing by the day. The property owner is calling on the city to do something immediate... 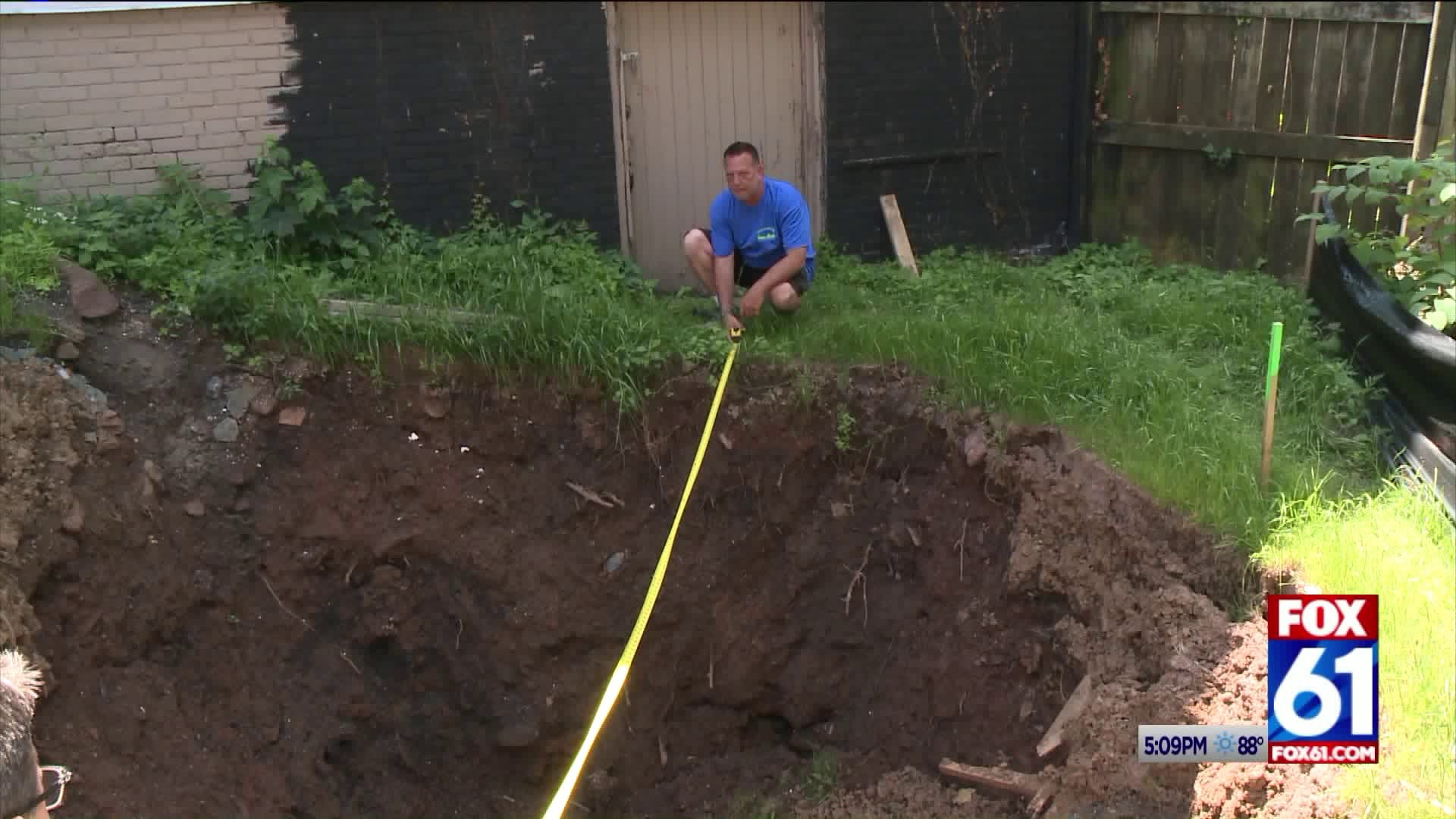 MERIDEN — It’s a race against the clock to fix a massive sinkhole that’s growing by the day.

The property owner is calling on the city to do something immediately. But the city says they’re ready to assist. So what’s the holdup?

The biggest concern is the occupants of the home. 10 people live in the home at 170 Liberty Street. Five of them are kids. The homeowner told FOX61 he hired his own structural engineers to make sure the tenants are safe. He is hoping to have the report in his hands by Friday.

From the front, 170 Liberty Street in Meriden is a normal home.

But from Sky 61, our eye in the sky there's a deeper problem in the backyard. 21 feet deep 15 feet across to be exact. It gives neighbors that sinking feeling. Sean Teesdale said, “Get this thing resolved before it causes catastrophe.”

It’s a sinkhole. It’s inches from the foundation. Landlord David Dockside put up a makeshift barricade.

“We need to protect the kids,” he said. It showed up Easter Sunday. It swallowed a tree and a fence and it’s been getting bigger, “Every day. I am so afraid of when it’s going to rain,” said Dockside.

He’s calling on the city to step in immediately. They filled it three times. Twice with dirt, once with large rocks.

He said, “We have engineers ready as soon as we can get permission achieved with the adjacent property owner.”

“You believe local politicians?” asked Dickside. “No, my lawyer and the town’s lawyer have been communicating. They just have failed to give us the proper paperwork.”

On Tuesday the sinkhole was 15 feet deep. Now it’s 21. The sinkhole was caused by an underground culvert. Meriden has a lot of them. They were built by private citizens on private properties over 100 years ago. They carry water to the town green.