HARTFORD—The city is looking to re-vamp its housing code and this comes after what many residents say are calling an invasion of slum lords. No more slum lordS ... 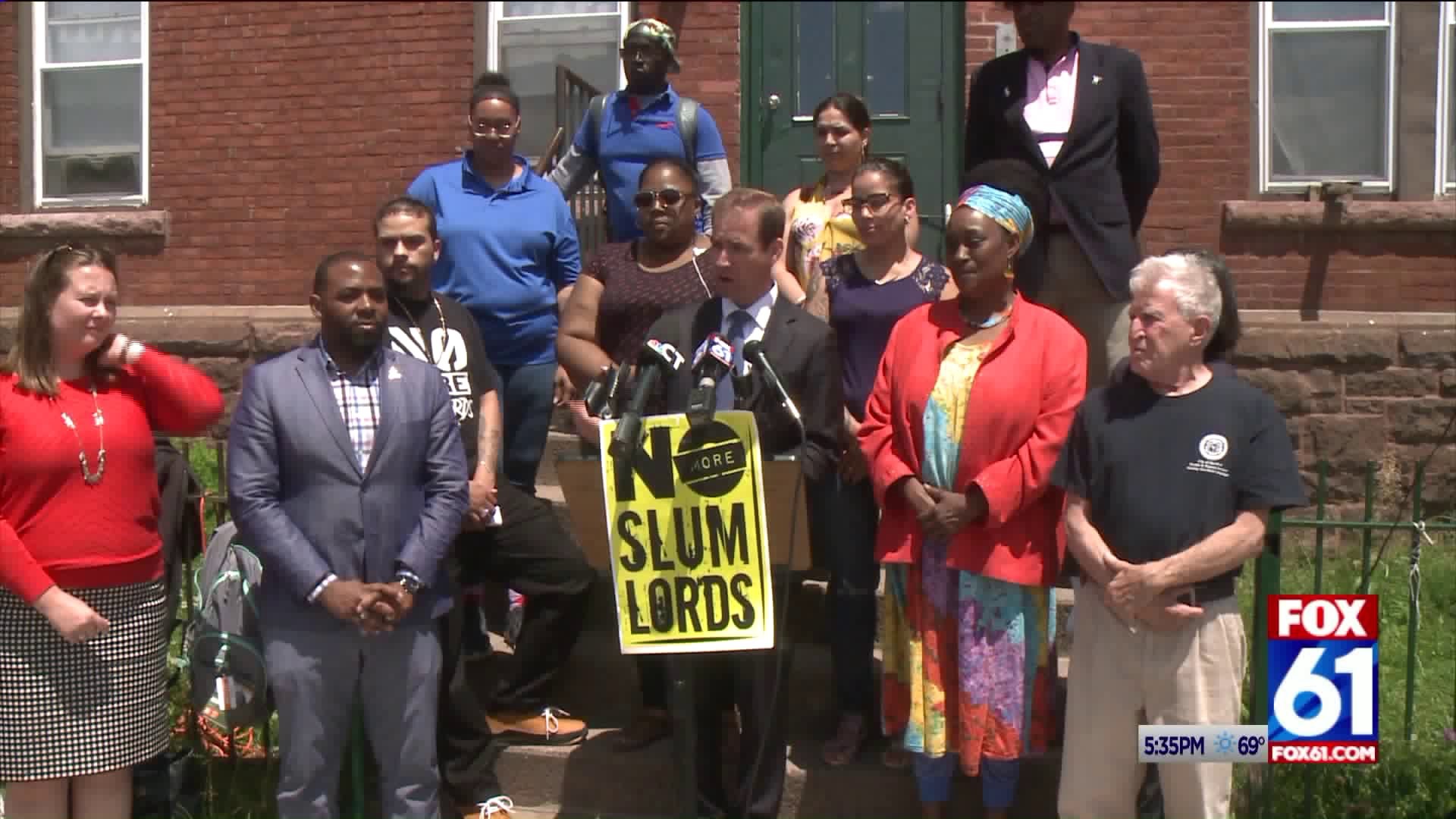 HARTFORD—The city is looking to re-vamp its housing code and this comes after what many residents say are calling an invasion of slum lords.

Mayor Bronin, “If we do it right, and this is the start of that process to do it right what it can do is give us more tools to be more effective.”

The nearly 50-page proposal seeks to improve the current housing code by requiring apartment buildings over a certain size to be re-licensed every 4-years.

This would allow the city to regulate inspections.

Mayor Bronin said, “We’ve seen the apartments where the windows don’t close and the doors don’t close and ceiling in the bathroom has a whole in it that lets you see up two floors high where the mold is so high and bad that kids are suffering from severe asthma and skin conditions… this is not abstract.”

According to the mayor the housing code has not changed in nearly 40 years.

Over the past couple years, city and federal housing officials have finally taken some action on poor conditions at complexes like Clay Arsenal and Barbour Gardens, But Hartford tenants like Teri Morrison says it’s time for change.

Morrison said, “We met with city officials, we complained, we followed the rules… it took a long time, but victory came.”

Morrison’s building was one of the first to voice its opinions on neglect. Her own rental experience made her want to make a difference.

Morrison said, “The lady on the second floor her daughter got bit by a mouse in the bed and then she had to have her stomach pumped because she swallowed mouse poisoning and that’s when we started to organize the first no more slum lords meeting, which was in my living room and there were only about 4 residents and there are 6 in the building, but we never gave up.”

Although her situation has been resolved, and her home is in the process of being renovated she says she will keep up the fight.

The proposal will be able to be reviewed by city council members tomorrow and then on June 17th there will be a public hearing for all who wish to attend.