HARTFORD —  On Tuesday, a jury ruled in favor of the city of Hartford in its ongoing battle with Centerplan, the developer contracted to build Dunkin’ Don... 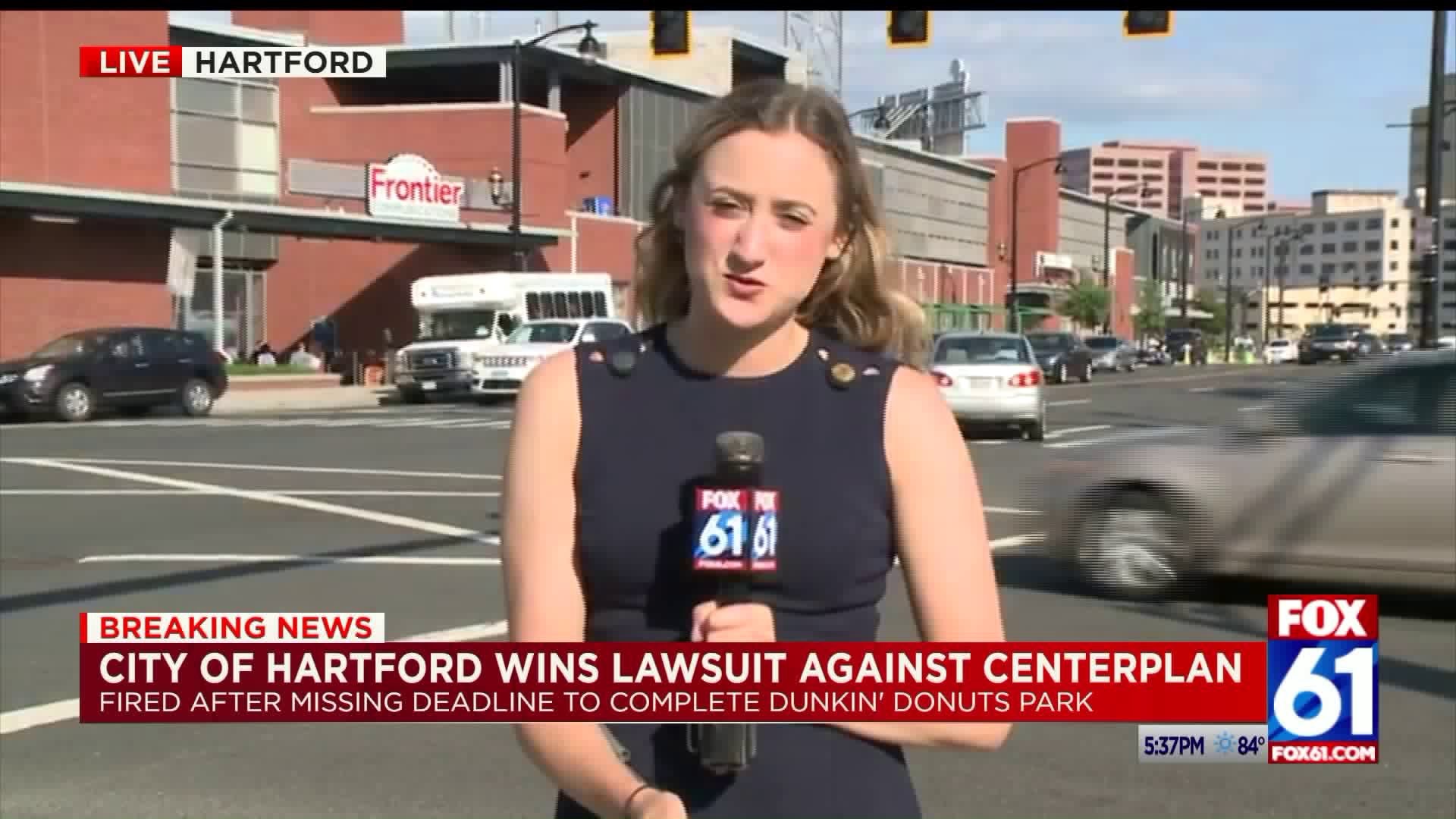 HARTFORD --  On Tuesday, a jury ruled in favor of the city of Hartford in its ongoing battle with Centerplan, the developer contracted to build Dunkin’ Donuts Park.

In 2015, the city committed to building a baseball stadium and borrowed a significant amount of money to do so. City officials contracted with Centerplan to build the ballpark and develop land around it.

Just before Mayor Luke Bronin took office in 2016, it became clear to the city of Hartford that Centerplan was months behind schedule and millions of dollars over budget, so the city negotiated a new deadline and gave the developer a second chance.

But Centerplan missed that deadline, too, so the city fired them. The insurance company stepped in to spend more than $30 million to finish the park.

“The city was absolutely right and justified to take the action that we did,” said Bronin. “If we hadn’t done what we did in firing Centerplan, there would have been two possibilities. Either the city and taxpayers would have had to pay more than $30 million to get it done, or we’d be sitting today with a half-built hunk of concrete and steel.”

On Tuesday, Hartford won on the central issue of whether its termination of Centerplan was justified.

“I think it is clear today that that was the right decision for the city of Hartford,” Bronin said.

“It’s really unusual to have a mayor who wants to stick by what’s right and protect the taxpayers. It was the right move to go to trial and we were completely vindicated today,” said Attorney Leslie King, who represented the city in the battle.

Moving forward, the city is working on developing the land around the ballpark for mixed use, but it is not yet clear what might pop up there and when.

Attorneys for Centerplan did not respond to FOX61’s requests for comment.