NEW HAVEN —  Day two of a rash of K2 overdoses on or near the New Haven Green meant less of a stress for city resources. Over 100 people, who overdosed af...

NEW HAVEN —  Day two of a rash of K2 overdoses on or near the New Haven Green meant less of a stress for city resources.

Over 100 people, who overdosed after smoking or ingesting the synthetic cannabinoid, had been transported to area hospitals for treatment 72 of those individuals were transported on Wednesday alone.

New Haven police say two suspects, believed to have been handing out marijuana type cigarettes, which contained K2, have been arrested and cops say they know where the K2 is coming from.

“We are searching and executing search warrants at additional locations to make sure that any additional product that may be out there that we get into our custody,” said New Haven Police Chief Anthony Campbell.

Two men, who police are not identifying, so as not to compromise the investigation, have been arraigned on drug charges. And, at least one of the men was on probation after having been charged several months ago with selling K2. 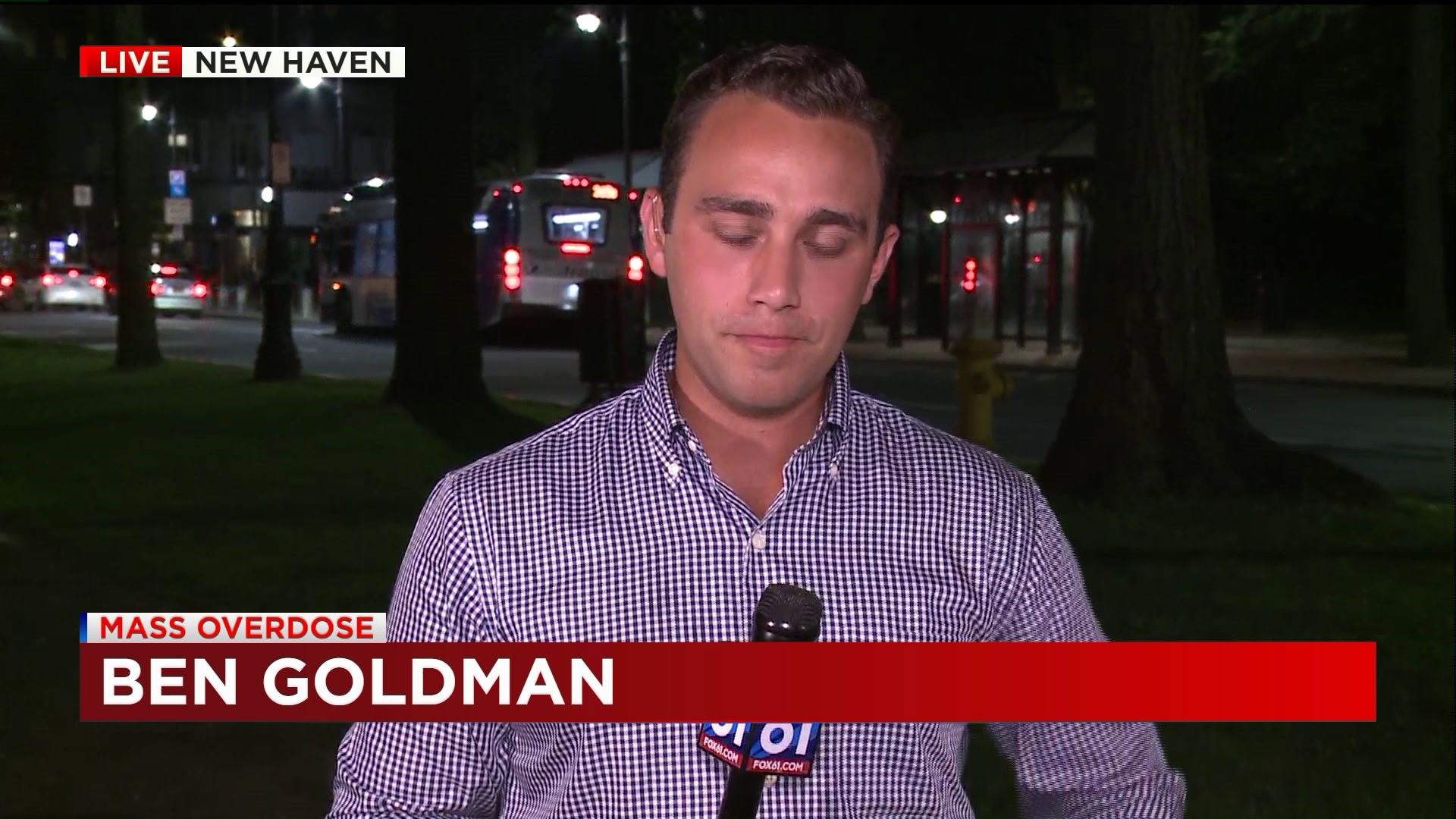 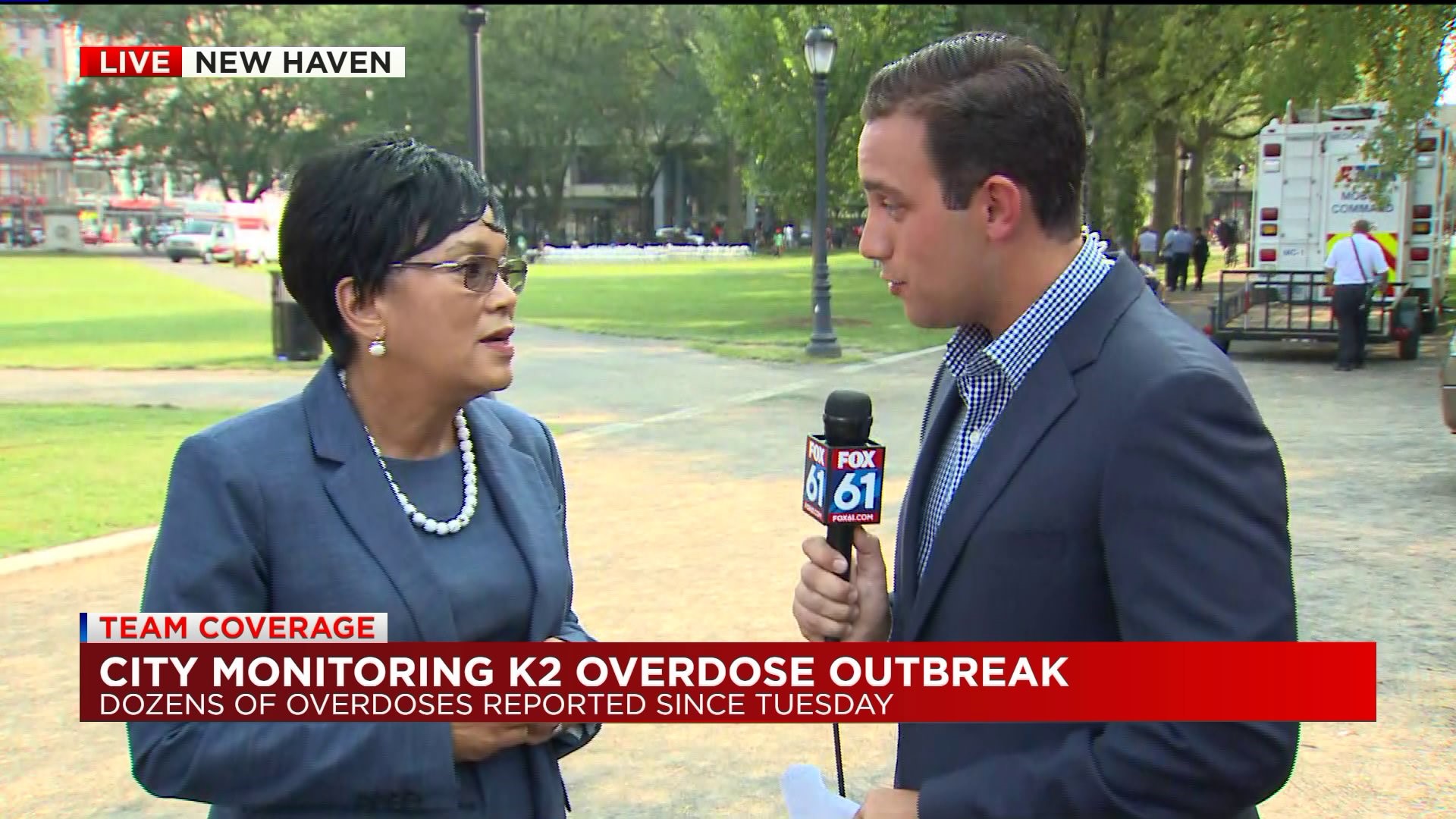 “Yesterday morning, as soon as I got off the bus, at 7 in the morning, that was the first person I saw,” said Candice Ferguson, of Waterbury. “He was on the side the road. His elbow was bleeding and he was shaking and like screaming.”

Naloxone, an anti-opioid, administered on scene, did not work for many of the patients and there’s a reason: K2 is not an opioid. The treatment for a K2 intoxication or overdose is simply supportive care.

It’s monitoring vital signs, making sure that oxygen level is adequate,” said Dr. Kathryn Hawk, Emergency Physician at Yale-New haven Hospital . “That people you know if they are you know extremely agitated or having psychosis that they are managed in a safe way.” 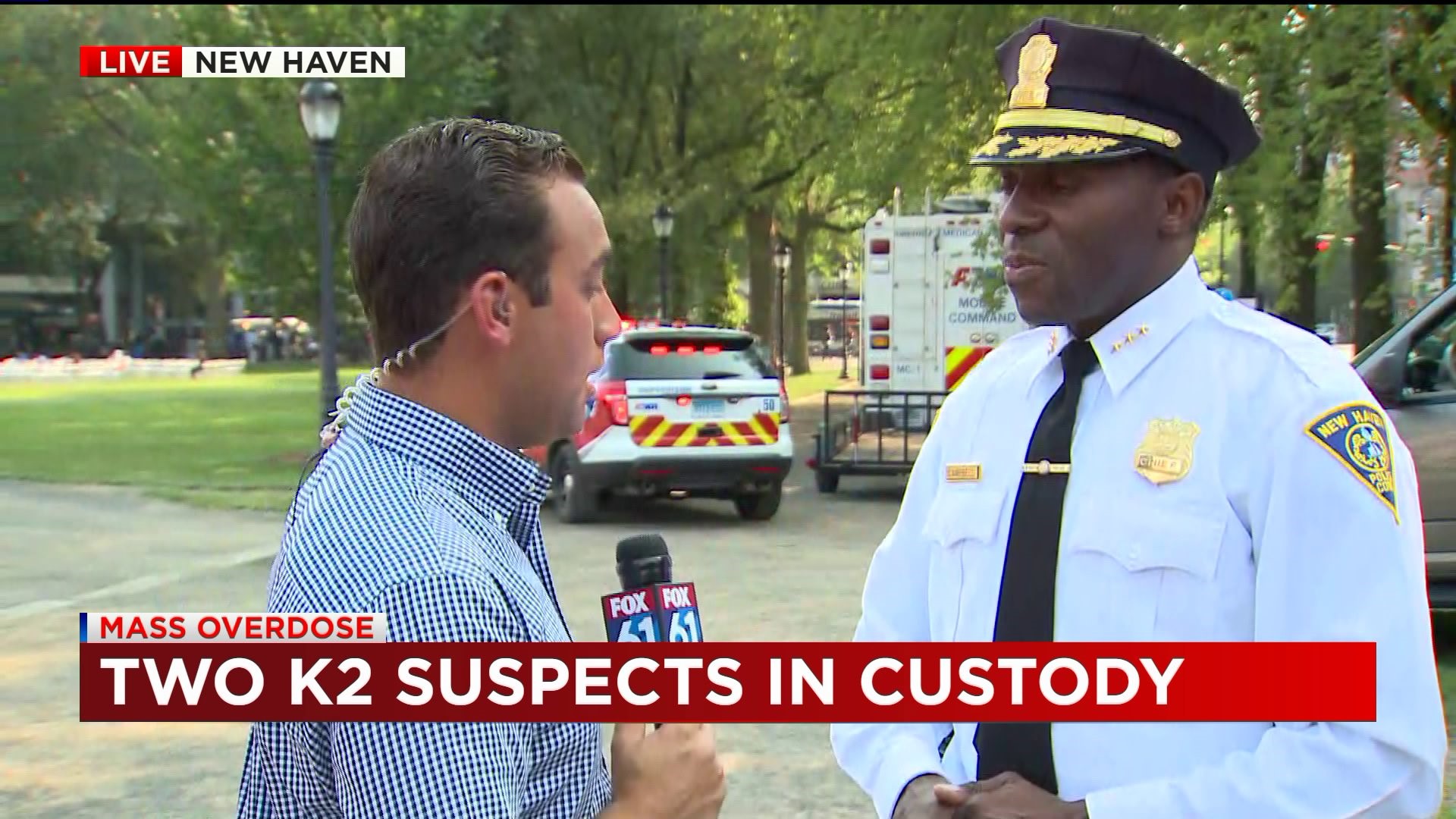 Those who smokes or ingested it tended to be overcome very fast, however, “the effects did not last long and they were able to be discharged in most cases from the hospital fairly soon,” said Bogucki.

Patients then had the opportunity to return to the green, use again, and then require more medical attention. For some folks, that happened three times.

The Trump administration’s nominee for drug czar, Jim Carroll , is likely going to be visiting New Haven on Monday. 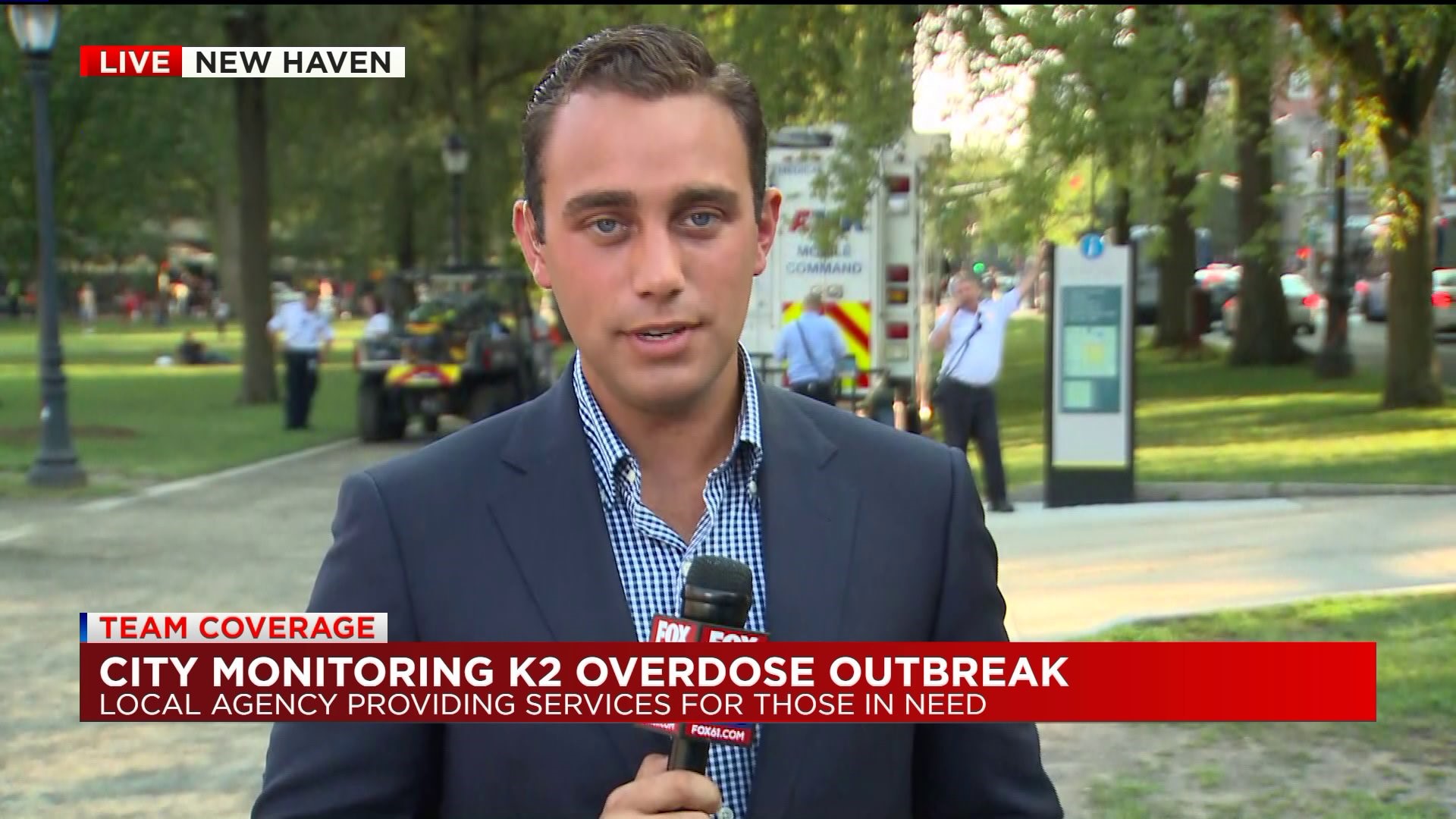 Related: What is K2?

This isn't the first time the city has seen a mass-overdose: A New Haven man pleaded guilty to charges in connection with overdoses of more than a dozen people in June 2016. Three people who overdosed died after taking cocaine that had been laced with fentanyl, over a dozen others were hospitalized.

Officials said Emeth Soloman, 43, of New Haven, had pled guilty to one count of possession with intent to distribute, and distribution of, cocaine. Soloman was sentenced to up to 20 years in prison in January 2017

The Town of Hamden wants to remind people who use any street drugs that they can result in death or serious medical complications.