NEW LONDON – As the partial government shutdown rolls on, more federal employees are facing the prospect of missing a pay check. So, it’s a good thi... 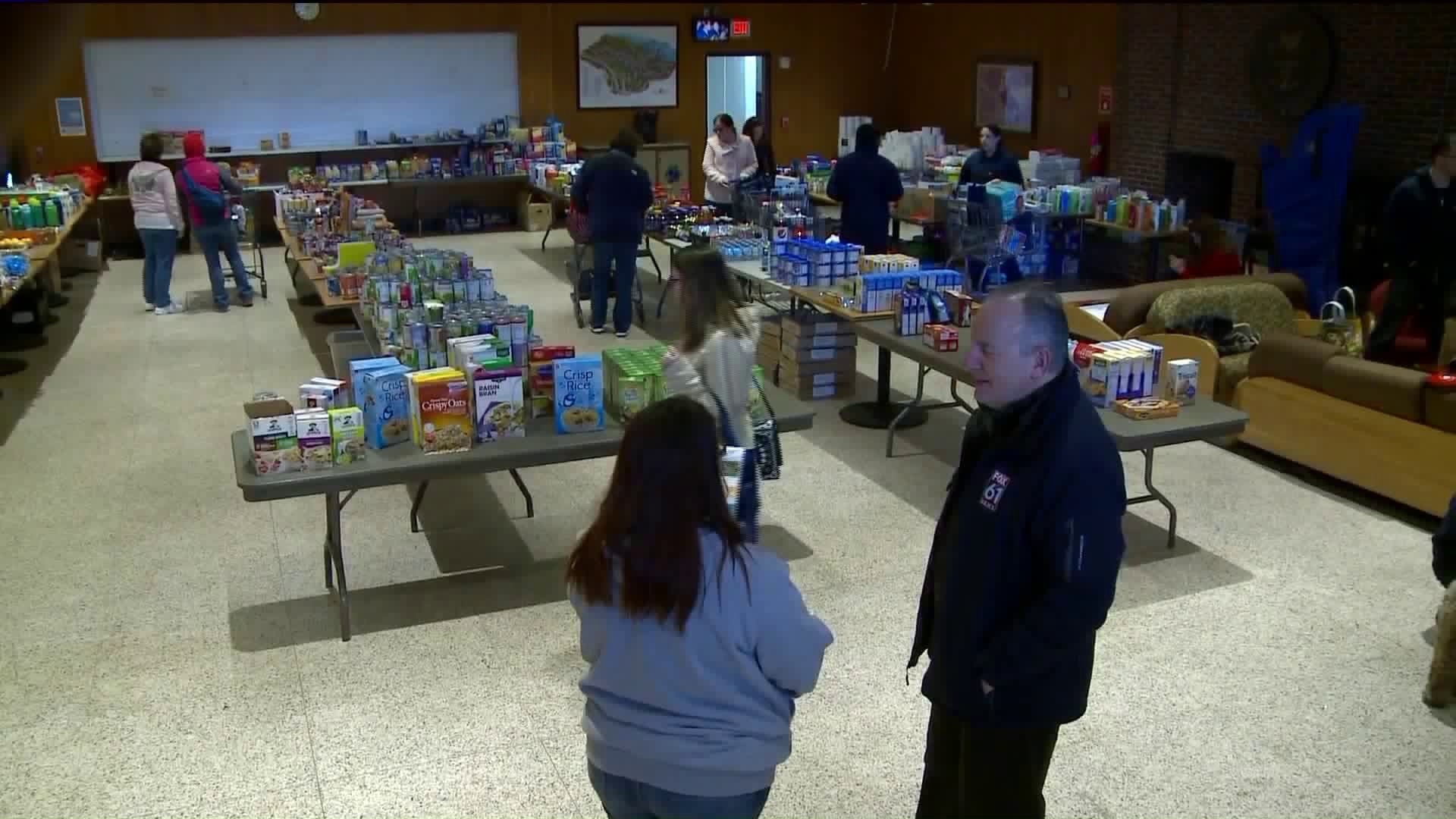 NEW LONDON - As the partial government shutdown rolls on, more federal employees are facing the prospect of missing a pay check.

So, it's a good thing the Coast Guard can keep feeding off of community support the pop up pantry, on the USCGA campus continues to provide.

The pantry was only scheduled to be open through yesterday, but as long as donations continue coming in, they will leave the light on.

Among the donors pop up pantry Wednesday: members of the Sikh community from across Connecticut.

"I keep getting calls that we have some bags, so please pick it up before you go there and so I was amazed to see that people still care for other people," said Swaranjit Singh Khalsa, a Sikh leader from Norwich.

"This is just a little peace of mind for us this month because we’re not sure what bills we will be able to pay next month," said Coast Guard wife Kate Batchelder.

Kameko Zayas-Bazan , a USCG Petty Officer, says "It’s very heartwarming actually. I like to see the community actually give back and it’s nice to be in the first line and see it happen."

A former member of the U.S. Army, whose husband is in the Navy, based in Groton, has begun a Go Fund Me campaign, coordinated through the Chief Petty Officers Association at the Academy. She's close friends with a Coastie's wife.

"To hear she has to sell things out of her home to make things better to make ends meet breaks my heart," said Alicia Hillis.

An appeal to fund the only branch of the military not being paid came from the top of the United States Coast Guard on Twitter Tuesday night.

"We are five plus weeks into the anxiety of this government lapse and your non pay," said Adm. Karl Schultz, Commandant of the USCG. "You , as members of the armed forces, should not be expected to shoulder this burden."

8,000 Coast Guard employed civilians will start losing a paycheck at the end of this week.

"We thought we had an agreement and at the end they (republicans) said no money for civilians or contractors," said U.S. Sen. Richard Blumenthal
(D -Connecticut).

Here is a link to the Go Fund Me.