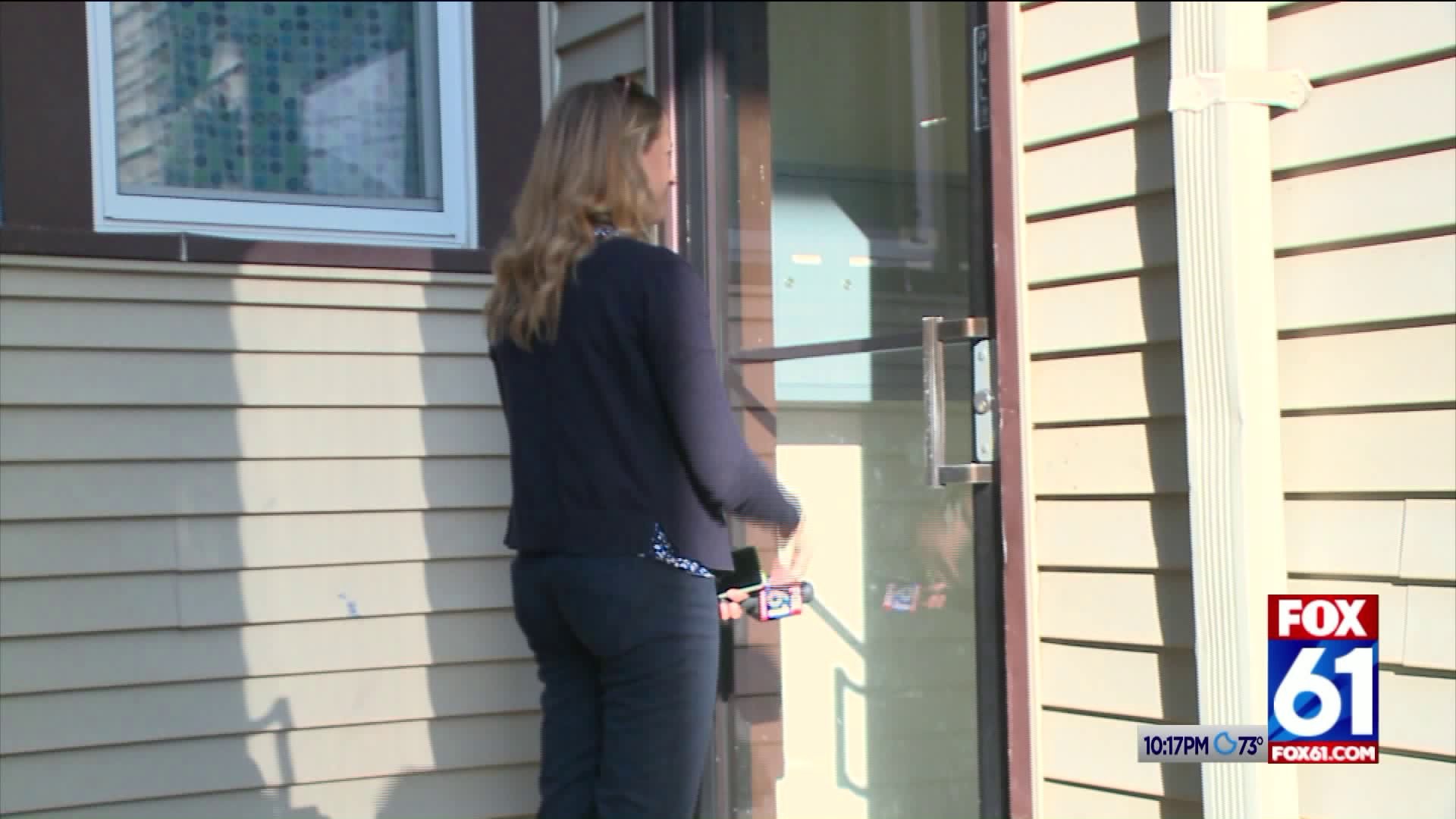 Officers are still searching for a second suspect, Maurice Jackson, 41, of West Haven. Police said Jackson is currently on parole for a previous conviction. They issued an arrest warrant, charging him with breach of peace, illegal dumping, and open burning.

The waterfront community is still struggling with this tragedy.

“Why would you not bury it?” said Michelle Tierney, who lives two blocks away. “Why would you bring it to the beach and burn it? For what reason?”

“Being that it’s right behind our house, it’s disgusting what people are capable of doing,” said Crystal Moriello who lives two blocks away, too.

Moriello and her husband Anthony walk their 12-year-old dogs Jenna and Frank along the beach every night.

“I just hope whoever did it gets punished to the maximum,” she said.

“I’m so happy that finally, we have an answer to who did this,” said Garthwait. “Who brings a dog to a parking lot and sets it on fire, even if it’s dead? No one in their right mind.”

“The dog deserved better,” said Catherine Zibluk of Bethany who visited the beach on Monday. “We have two cats. They’re our babies… it’s just cruel.”