HARTFORD – A day after the Connecticut State’s Attorney Office released bodycam video footage of an officer-involved shooting, the community is reacting. On Fri... 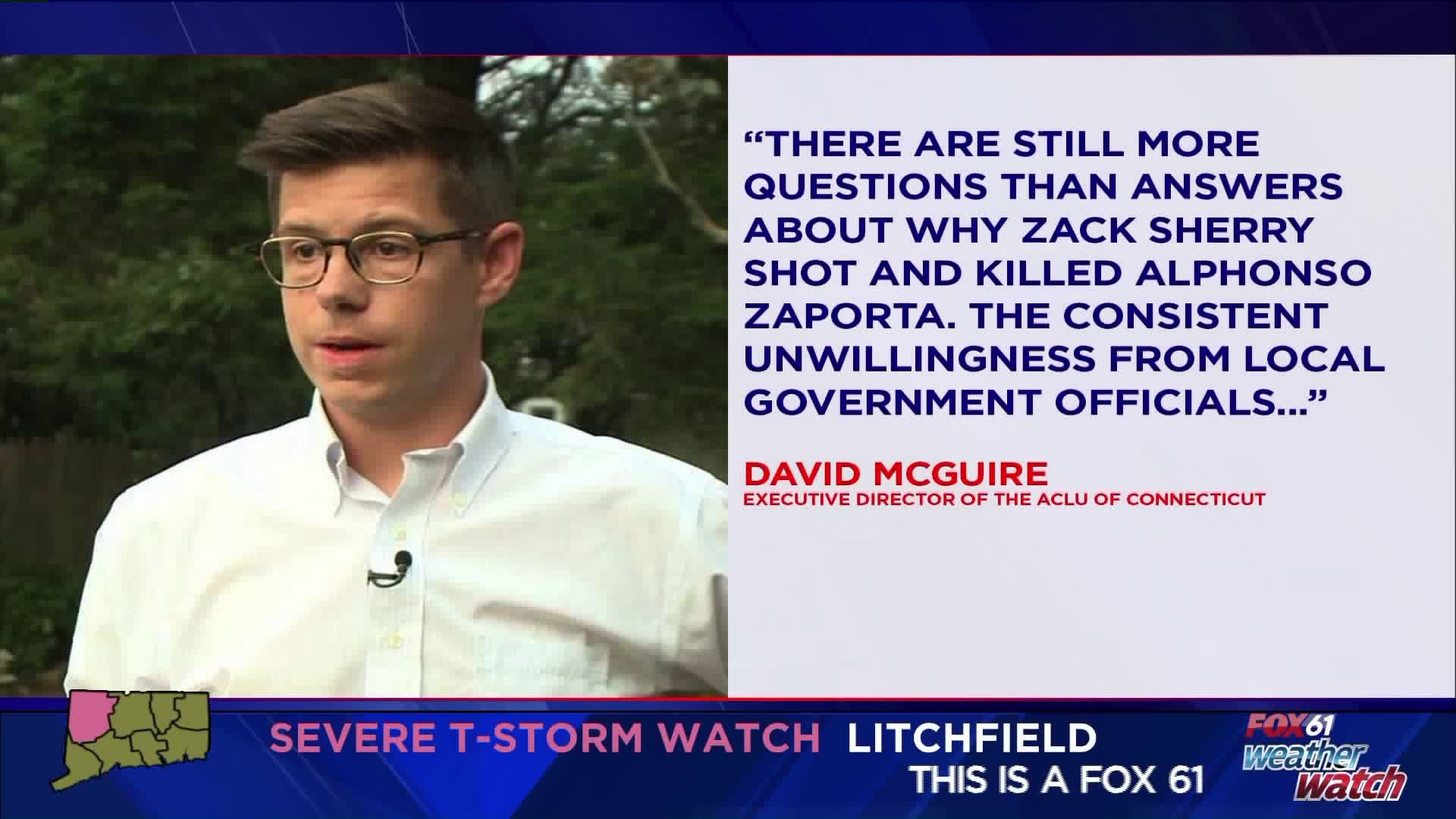 HARTFORD – A day after the Connecticut State’s Attorney Office released bodycam video footage of an officer-involved shooting, the community is reacting.

On Friday around 9:15 p.m., Hartford police officers attempted to pull over a car during a criminal investigation that began as a pursuit near Park Terrace in Hartford. Police then followed the car to the I-84 Westbound ramp on Capitol Avenue, where construction and stop sticks forced the car to stop. Police said a struggle ensued and that the driver, Alphonso Zaporta, 41, gained control of one of the officer’s firearms.

Zaporta had warrants out for his arrest from January and June.

During the struggle, three gunshots are audible on the bodycam video. Those gunshots, fired by Hartford police detective Zack Sherry, took the life of Zaporta. Sherry is currently out on administrative leave.

Police said they found a gun inside of Zaporta’s car.

“My son was killed like a dog,” said Olivia Richard, Zaporta’s mother. “My son was a good person despite his criminal background, despite what they’re going to try to paint him and make it look like.”

“If there was a gun in the car, why would he try to grab the officer’s gun?” said Figueroa. “It really doesn’t make sense to me.”

“I lost a good friend,” he added. “You really can’t ask for a better friend. If you knew him like I knew him, he was one of the best friends you could have.”

“If this guy had a gun in his car, why was he struggling with a police officer to get control of his gun?” Brown said. “That’s a question we need to be asking and need an answer for.”

“I want to believe so heartily that what happened will only be the result of someone having to use deadly force,” Johnson said.

The American Civil Liberties Union (ACLU) released a statement Tuesday in response to the shooting:

“There are still more questions than answers about why Zack Sherry shot and killed Alphonso Zaporta. This entire case, from anonymous sources sharing information about Mr. Zaporta’s past while not specifying why police tried to stop him in the first place, to the lack of audio in the first minute of video, to the consistent unwillingness from local government officials to take responsibility for transparency, has shown that police cannot police themselves. The public deserves better.”

The NAACP released the following statement:

The NAACP is deeply disturbed by the edited body camera footage released by the Hartford Police Department which displayed the shooting that took place on Friday and ended with the death of Alphonso Zaporta.

The Greater Hartford NAACP was made aware of the incident early Saturday morning when the Mayor and interim Chief contacted the President, Maxien Robinson-Lewin.

However, the NAACP, which is the oldest and largest civil rights organization in the city of Hartford, was excluded from the private meeting organized by the Mayor and interim Police Chief for the viewing of the footage. The Black and Brown community of the Greater Hartford area have a lack of trust with law enforcement.

This incident comes on the heels of the unjustified police involved shooting of 19 year-old Anthony “Chulo” Jose Vega Cruz, who was fatally shot while unarmed by a Wethersfield police officer.

This flagrant and unjustified killing remains under “investigation”. The Mayor needs to meet with the NAACP and the broader Black and Latina community to discuss this situation in its entirety.

"The Mayor and Interim Chief Thody have each spoken to the President of the Greater Hartford NAACP since the shooting occurred, and had already offered to meet. They welcome the opportunity to meet with NAACP leadership."