MERIDEN — Friends and family gathered in Meriden to mourn the loss of Perrie Mason, wearing purple to speak out against domestic violence. “No words... 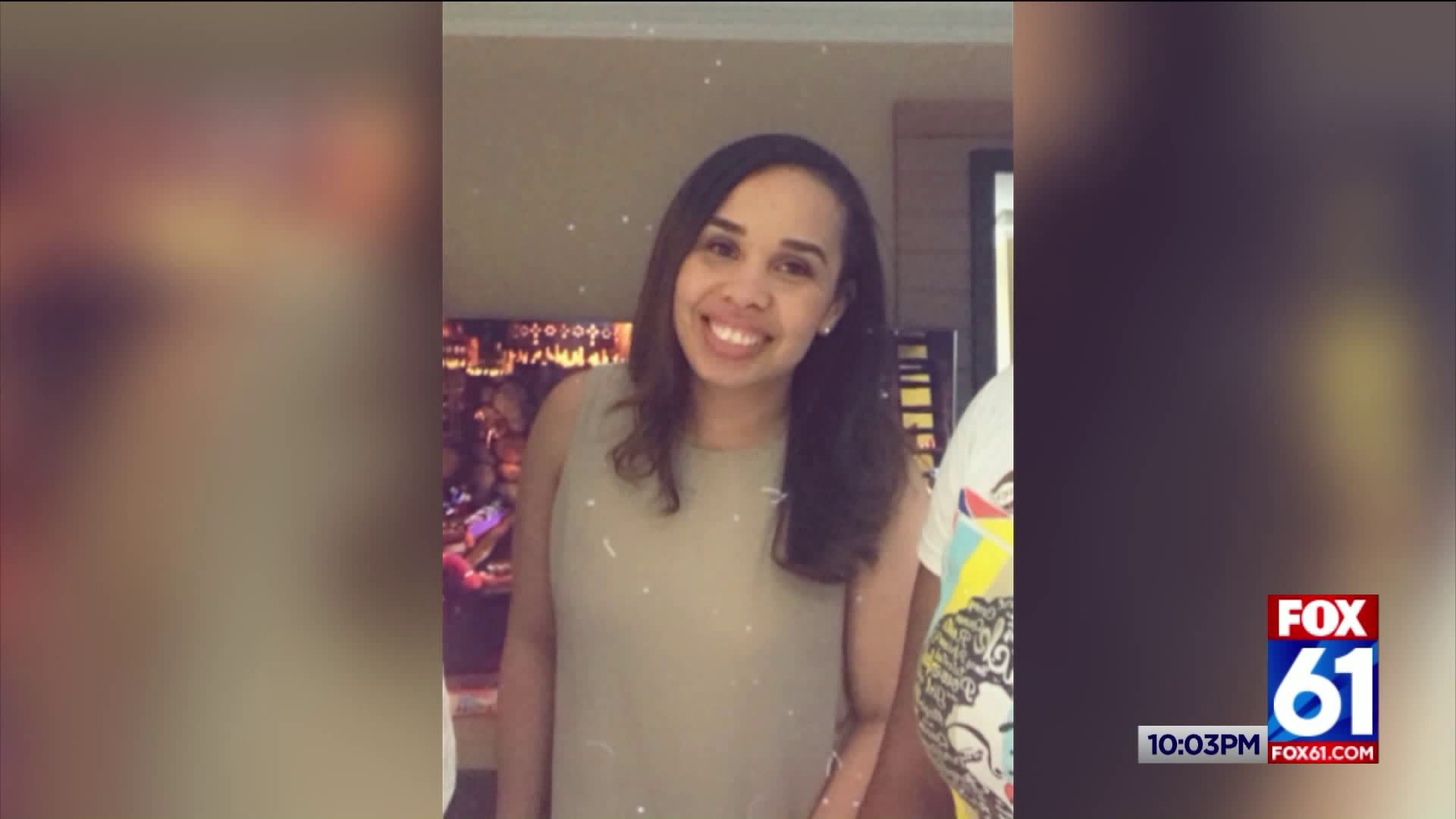 MERIDEN -- Friends and family gathered in Meriden to mourn the loss of Perrie Mason, wearing purple to speak out against domestic violence.

"No words, the gratitude that I feel, it can’t be explained, there are no words to say," said Mason’s sister, Vao Horlback.

Horlback was overwhelmed with the community support since the disappearance of her sister, 31-year old Perrie Mason.

Mason's family was just recently hit with the devastating news that Perrie’s remains were found in the woods near Baystate Textiles in Waterbury.

The victim's ex-boyfriend Jason Watson worked at the facility and is now the prime suspect for police. He was arrested Tuesday

The question of “why?” is now being asked not just by family members but by everyone who was struck by Perrie’s story.

Ashley Ramos organized the vigil on East Main Street said the story hit home to her being a domestic violence survivor herself.

"Immediately when I saw her kids, I teared up," said Ramos.  "I think of my children and the circumstances I was in and to know that they no longer have a mother, it’s a hard pill to swallow."

Perrie is originally from Hawaii but recently moved to Meriden to start a new life.

family members are in the process of working out custody arrangements with DCF.

Mason’s two sons, who are 12 and 11, are currently under state custody but her sister. Horlback wants to be their official caretaker eventually.

City officials were also at the vigil said they are working with police to determine the motive of Mason’s death.

"She seems like such a remarkable, hardworking, loving devoted mother who had an absolutely good head on her shoulders, strong-willed, hardworking," said Ramos.